Youth, Young Adults Have Worse Glycemic Control Than in the Past

Not all youth and young adults with diabetes are directly benefiting from the increased availability of diabetes technology, newer therapies, and the use of more aggressive glycemic targets.

Findings of a new analysis suggest although new technologies and therapies are available, today’s youth and young adults with diabetes in the US do not demonstrate improved glycemic control compared to their counterparts from previous years.

The findings, published as part of the American Diabetes Association’s (ADA’s) 80th Virtual Scientific Sessions, demonstrated a large percentage of current youth and young adults with diabetes did not meet current expert-recommended A1c goals, among other key findings.

“These results suggest that not all youth and young adults with diabetes are directly benefiting from the increased availability of diabetes technology, newer therapies, and the use of more aggressive glycemic targets for youth with diabetes over time,” lead study author Faisal Malik, MD, MSHS, said in a statement.

Malik and a team of investigators examined trends in glycemic control in 6492 participants with diabetes for more than 1 year from the SEARCH for Diabetes in Youth study. SEARCH began in 2000 and currently has more than 27,000 participants across racial and ethnic backgrounds from 10 different states visiting 1 of 5 study centers in the country.

The investigators found many participants did not meet current recommended A1c goals. The estimated average for the most recent group of participants with type 1 diabetes being 8.7% and 8.5% for those with type 2 diabetes.

“The increasing trends in the burden and risk of both type 1 and type 2 diabetes suggest there is a need to continue and likely expand comprehensive and sustainable surveillance efforts in youth and young adults,” study co-author Dana Dabelea, MD, PhD, said in a statement.

The findings, Dabelea said, have contributed to a better understanding of the complex and heterogeneous nature of diabetes in youth.

“Given the evidence of early complications despite current therapeutic approaches, continuing the long-term follow up of youth with diabetes is necessary to expand our understanding of its natural history, so the most appropriate approaches to primary, secondary, and tertiary prevention of diabetes and its complications can be developed and implemented,” Dabelea said.

The study reinforced the need for interventions to combine the use of diabetes technology with effective behavioral and social approaches to improve A1c levels, Malik concluded.

The study, “Trends in Glycemic Control among Youth with Diabetes: The Search for Diabetes in Youth Study,” was published as part of ADA 2020. 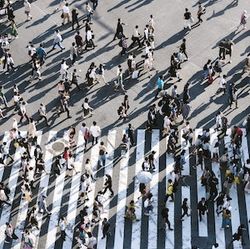 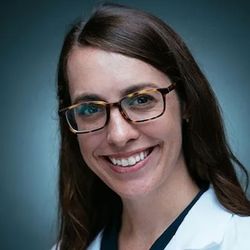