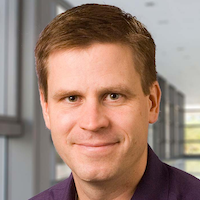 A motivational interviewing intervention did not initially drive at-risk adolescents to seek mental health treatment following an emergency department (ED) visit, according to a new study.

In new findings from a team of US-based investigators, adolescent patients who presented at the ED for nonpsychiatric concerns but screened positive for suicide risk did not significantly benefit from the Suicidal Teens Accessing Treatment After an Emergency Department Visit (STAT-ED) intervention, a practice designed to incentivize them to seek follow-up care from a mental health expert.

A team of investigators tested the efficacy of STAT-ED, which relies on motivational interviewing—a nonconfrontational style of communication to help patients and their families resolve ambivalence about engaging in health-related behavior.

Suicide is currently the second leading cause of death in individuals aged 12–17 years old in the US. Because of this, suicide prevention is a national priority and The Joint Commission recommends that hospitals screen all patients for suicide risk. ED providers have an opportunity to screen patients who present at their facility and intervene and refer to treatment.

In the randomized clinical trial, 168 patients aged 12–17 years old who screened positive for suicide risk on the Ask Suicide Screening Questions tool—a set of 4 screening questions—were allocated to the STAT-ED intervention or enhanced usual care. The findings of previous research showed that a “yes” response to 1 or more of the questions identified 97% of youth at risk for suicide.

In the enhanced usual care intervention cohort, the patient received a mental health evaluation and referral that followed standard guidelines for emergency behavioral health assessments in the emergency department. If it was deemed safe for the patient to be discharged home, the social worker gave a referral to a mental healthcare practitioner during the visit or the next day.

For the STAT-ED intervention, the patient and their parent received brief motivational interviewing to target mental healthcare-seeking behavior, barrier reduction discussion, and referral. Adolescents randomized to this intervention also received limited case management—1 or 2 follow-up phone calls with a social worker to help the family if problems arose while trying to schedule or access outpatient mental health treatment.

Jeff Bridge, PhD, from the Center for Suicide Prevention and Research at The Abigail Wexner Research Institute at Nationwide Children’s Hospital in Ohio, and his colleagues, recorded the audio from the enhanced usual care and STAT-ED interactions in the emergency department. The team randomly selected 10% of both intervention and control audio recordings.

Bridge and his team were surprised by the findings, initially believing there would be statistically significant difference on mental health treatment initiation and attendance at 2 months.

The investigators suggest that additional research should explore mental health treatment barriers for adolescents at risk for suicidal behavior.

The study, “Effect of a Motivational Interviewing-Based Intervention on Initiation of Mental Health Treatment and Mental Health After an Emergency Department Visit Among Suicidal Adolescents,” was published online in JAMA Network Open.
Copyright® ConsultantLive 2019 Intellisphere, LLC. All Rights Reserved.