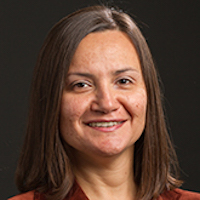 A little more than 2 weeks of taking a new synthetic neurosteroid results in a reduction of symptoms in those suffering from major depressive disorder (MDD).

Investigators, led by Handan Gunduz-Bruce, MD, Yale School of Medicine, recently conducted a double-blind, phase 2 trial at 8 US sites that included 89 patients with MDD who received either 30 mg of SAGE-17, an oral, synthetic neurosteroid and positive allosteric modulator of γ-aminobutyric acid (GABA) or a placebo daily.

The primary endpoint of the trial was the change from baseline to day 15 on the 17-item Hamilton Depression Rating Scale (HAM-D, scores range from 0-52, with higher scores indicating more severe depression).

The secondary efficacy endpoints assessed on days 2-8, as well as on days 15, 21, 28, 35, and 42 included changes from baseline in scores on additional depression and anxiety scales, a reduction from baseline of more than 50% in the HAM-D score of 7 or lower, and a Clinical Global Impression of Improvement score 1 or 2 (on a scale of 1 to 7, with a score of 7 indicating that symptoms are very much worse).

The differences in secondary endpoints were in the same direction as those of the primary endpoint, with no serious adverse events reported. The most common adverse events in the SAGE-217 group reported were headache, dizziness, nausea, and somnolence.

“Administration of SAGE-217 daily for 14 days resulted in a reduction in depressive symptoms at day 15,” the authors wrote. “Adverse events were more common in the SAGE-217 group than in the placebo group.”

The team said further trials are needed to determine the durability and safety of SAGE-217 on MDD and to compare the drug with other available treatments.

The antidepressants that primarily enhance monoaminergic neutransmission involving serotonin or norepinephrine are generally used to treat MDD, with their clinical effects becoming evident in 4-8 weeks.

A hypothesis for the mechanism of depression implicates deficits in GABA and downstream alterations in monoaminergic neurotransmission, supported by evidence that reduced GABA levels have been observed in plasma, cerebrospinal fluid, and cortical brain tissues of patients with depression.

Neurosteroids, which are synthesized from cholesterol in the brain, are potent modulators of GABA and glutamate, because despite their steroid structure, their target activity and pharmacologic characteristics are distinct from those of glucocorticoids and differ in both genomic and nongenomic effects.

In preclinical studies, investigators have found that the naturally occurring neurosteroid allopregnanolone is a positive allosteric modulator of synaptic and extrasynaptic GABA receptors, which affects both phasic and tonic inhibition of neurons.

SAGE-217, developed by Sage Therapeutics, was given an expedited development plan in 2018 following a Breakthrough Therapy meeting with FDA officials that includes an additional placebo-controlled phase 3 trial in patients with MDD, as well as the designation of an ongoing placebo phase 3 trial in patients with postpartum depression as a pivotal study.

Earlier this year, topline results from the phase 3 ROBIN Study of SAGE-217 for depressive symptoms in women with PPD indicated promising efficacy and safety.

Patients treated with SAGE-217 for 2 weeks had a statistically significant improvement of 17.8 points on the Hamilton Rating Scale for Depression (HAMD-17) score, compared to 13.6 for placebo (P = .0029), meeting the study’s primary endpoint.

The study, “Trial of SAGE-217 in Patients with Major Depressive Disorder,” was published online in The New England Journal of Medicine.
Copyright® ConsultantLive 2019 Intellisphere, LLC. All Rights Reserved.