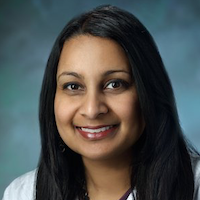 Older men with less lean body mass were more likely to develop diabetes than women, according to new study findings.

Lead author Rita Kalyani, MD, and a team of investigators analyzed nearly 2000 men and women in an effort to assess the relationship of lean body mass with aging to incident diabetes in adults. The findings that lower lean body mass with aging was related to a higher incidence of diabetes in men but not women could lead to new interventions to prevent the development of the chronic condition.

Kalyani, from the Division of Endocrinology, Diabetes & Metabolism at The Johns Hopkins University, collected data from the Baltimore Longitudinal Study of Aging. The population of participants consisted of community dwellers from the Baltimore-Washington, DC, area with above-average educations, income, and access to medical care.

The team included 871 men and 984 women with an average age of 60 years at the initial visit. Participants were eligible if they had >1 dual X-ray absorptiometry (DXA) assessment and did not have diabetes at their initial visit.

DXA was used to determine fat mass, fat-free mass, and bone mineral content for the whole body and lower extremities.

Each participant was monitored overnight, where they fasted for 10 hours and received an oral glucose tolerance test.

Additional research is needed to assess skeletal muscle mass to learn more about the relationships and sex differences that the study investigators observed.

The study, “The Relationship of Lean Body Mass with Aging to the Development of Diabetes,” was published online in Journal of the Endocrine Society.
Copyright® ConsultantLive 2019 Intellisphere, LLC. All Rights Reserved.