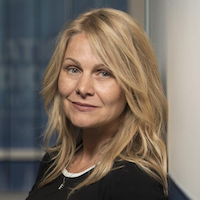 Prenatal psychological distress among women whose fetuses have congenital heart disease (CHD) can lead to damaging outcomes for both the mother and child.

New research from a team of investigators, led by Catherine Limperopoulos, PhD, the director of the Center for the Developing Brain at the Children’s National Hospital, analyzed women whose unborn fetuses had been diagnosed with CHD and those without. The team aimed to determine the link between maternal psychological distress with brain development in fetuses with the disease.

Limperopoulos and colleagues found that women who knew their unborn fetus had CHD had increased maternal stress, anxiety, and depression which led to impaired development in key brain regions of the fetus.

The findings suggest that universal screening for psychological distress is needed as a routine part of prenatal care, Limperopoulos said in a statement.

There was a linear increase in fetal brain volumes with increased gestational age in both healthy fetuses and those with CHD. For the fetuses with CHD, males showed faster growth rates than females for total brain volume (18.6 vs 16.1 cm3/week), cerebrum volume (17.1 vs 14.8 cm3/week), and cerebellum volume (1.3 vs 1.1 cm3/week).

In both fetuses with CHD and in healthy fetuses, right hippocampus volumes were significantly larger than left hippocampus volumes (CHD: .03 cm3; 95% CI, .02–.05 cm3; controls: .04 cm3; 95% CI, .03–.05 cm3). Among fetuses with CHD, brain volume did not significantly differ in single-ventricle vs two-ventricle CHD. Total brain volume and cerebrum volume were smaller in single-ventricle vs two-ventricle CHD.

The findings suggest that psychological distress—including stress, anxiety, and depression—are prevalent and clinically underappreciated in women carrying fetuses with CHD. There is also an association with impaired fetal hippocampal and cerebellar development in fetuses with the disease.

Additional research is needed to study the association of fetal brain development with psychological distress in pregnant women who receive a fetal anomalies diagnosis.

The study, “Association of Maternal Psychological Distress With In Utero Brain Development in Fetuses With Congenital Heart Disease,” was published online in the journal JAMA Pediatrics.
Copyright® ConsultantLive 2019 Intellisphere, LLC. All Rights Reserved.