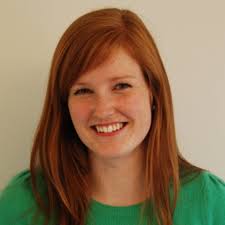 Following adoption, many parents are concerned by potential sleep issues, with about half of all newly adopted children reportedly having sleep difficulties.

The investigators used data from the population-based youth Hordaland-survey in Norway conducting in 2012, where 10,257 adolescent individuals responded to the sleep measures survey, 44 of which were identified as international adoptees by linkage to the Central Adoption Registry.

In the survey, each participant provided self-reported information on demographic characteristics, mental health problems, and a range of sleep measures.

The investigators assessed socioeconomic status of the family by parental education and perceived economic well-being. Each adolescent was asked report the education of their mother and father.

Self-reported bedtime and rise time were reported separately for weekdays and weekends in hours and minutes. Time in bed was calculated by subtracting the bedtime from the rise time and sleep-onset latency and wake after sleep onset were similar indicated in hours and minutes, but not reported separately for weekdays and weekends.

However, this linked was no longer significant after the investigators adjusted for depression symptoms. Adolescents adopted after they were at least 1 year old reported more sleep problems than those who were adopted earlier.

“The short sleep duration and high occurrence of insomnia among the internationally adopted adolescents suggest both a problem area that should receive more focus and a potential avenue for intervention,” the authors wrote. “The results further suggest that assessing both mental health problems and sleep problems among internationally adopted adolescents who are experiencing difficulties could help target interventions.”

Insufficient sleep is linked to a number of important functional outcomes, including reduced academic performance and school absences. During adolescents, sleep duration often becomes shorter, while the need for sleep remains stable.

Insomnia is also highly prevalent during adolescence, entailing difficulties with initiating or maintaining sleep and tiredness or sleepiness during the daytime that disturbs normal functioning. The most common difficulties include need of extensive help to fall asleep, displaying separation anxiety at bedtime, and frequent awakenings during the night.

Different research shows these difficulties remain present later in in childhood, but the extent of the problems identified varies between different studies.