Experts explain that their analysis clearly lays out how lack of effective regulation and an unchecked profit motive created the opioid epidemic.

The opioid crisis in North America has been both intensified and overlooked since the COVID-19 pandemic began in 2020. In that year alone, the US reported a 37% increase in overdose deaths while Canada reported an increase of 67%.

The global number of deaths is expected to rise due to the impact the epidemic is having across the world as it extends beyond North America.

However, this number isn’t written in stone. Authors of the report, Responding to the opioid crisis in North America and beyond: recommendations of the Stanford–Lancet Commission, including Keith Humphreys, PhD, stated that taking action with urgent interventions, like health policy reform and stricter corporate regulations, could procure a less fatal outcome, at least by decreasing the amount of individuals who die as a result of an opioid overdose.

Treating Addiction as the Chronic Condition it is

Despite plenty of literature regarding substance use disorder as a chronic condition, in many aspects of society there’s still stigma associated with it. Particularly in the USA, there’s a lack of accessible, high-quality, non-stigmatizing, and integrated health and social care services for individuals who are experiencing this disorder.

Now that the continent is facing a drastic increase in fatal numbers, the Stanford-Lancet Commission strongly recommends that addiction-related services are permanently featured in the health and social care systems of the USA and Canada.

There are existing chronic disease management models in place that are financed and organized as a core public health commitment, and should be applied to substance use disorder.

In order to apply these models to the opioid epidemic, public and private health insurance systems must be reformed to promote a variety of addiction recovery pathways including: methadone maintenance clinics, residential rehabilitation programs, and peer-led mutual help groups and recovery coaching.

To begin to solve this, the problem must be examined from every angle. Providing addiction treatment and necessary health services during incarceration, renouncing incarceration as punishment for possession of illicit opioids intended for personal use, and abolishing the punishment of opioid use during pregnancy, are recommendations to address this imminent issue.

“The Commission also suggests solutions for working with law enforcement and governments to maximize the good the criminal justice system could do while minimizing the damage it can inflict,” read a statement from The Lancet.

A reformed public health approach is necessary to treat addiction as a chronic condition. The priority should be on increasing the number of addiction specialists and addiction-related knowledge and skills of the general practitioners.

Investment is needed in workforce development in order to put this plan into effect.

“Addiction is an enduring part of population health and should not be treated as a moral failing that needs punishment but as a chronic health condition that requires ongoing treatment and long-term support,” Yasmin Hurd, Commission author, Icahn School of Medicine, Mount Sinai, said.

“We may not know what future addiction might take hold in our society, but we do know that without a public health foundation based in supportive recovery and prevention, addiction will continue to plague our health systems and our communities,” she continued.

Opioids are not exclusive to a single practice or discipline. Primarily, they’re prescribed in surgery, palliative care, and cancer care. They’re now also being prescribed for many short-term and chronic conditions like lower back pain or a sprained ankle.

While opioids are a necessary component for pain management in many cases, without proper supervision or other methods of pain relief, patients become vulnerable to addiction which can lead to the use of other illicit and synthetic opioids, like heroin and fentanyl.

Millions of patients have experienced addiction as a result of prescription opioids and for hundreds of thousands of them, that addiction proved to be fatal.

According to the Commission, nearly 600,000 individuals in the US and Canada have died from an opioid overdose since 1999. This epidemic is now more deadly than even the worst part of the HIV/AIDS epidemic.

Initially, opioid-related deaths occurred disproportionately in white and indigenous populations, but since 2011, mortality among Black individuals has increased rapidly with 27 deaths per 100,000 in 2020. The number of deaths in this population has surpassed that of the white population and is almost as high as the American Indian and Alaska Native population (28 deaths per 100,000 people).

The authors emphasized that while the COVID-19 pandemic certainly contributed, at least in part, to the spikes seen in 2020, a rising trajectory of deaths was evident in both countries before the pandemic.

The Opioid Problem Preceded the Pandemic

The aggressive development of the opioid epidemic is a consequence of the profit motives of actors in the pharmaceutical and healthcare industry, combined with the regulatory failures from the US Food and Drug Administration (FDA), Department of Justice, the Joint Commission, and many elected officials, according to the authors.

“Our analysis clearly lays out how lack of effective regulation and an unchecked profit motive created the opioid epidemic. To ensure safeguards are in place to curb the opioid addiction epidemic and prevent future ones involving other addictive drugs, we must end the pharmaceutical and health care industry’s undue influence on the government and its unregulated push for opioid use,” Howard Koh, Commission author, Harvard’s TH Chan School of Public Health said.

“This includes insulating the medical community from pharmaceutical company influence and closing the constantly revolving door between regulators and industry,” he continued.

A shift in pain management practices occurred in 1999 and because of the lack of oversight in opioid prescriptions since then, this problem has grown into an epidemic. To improve regulation and abolish over-prescribing practices, post-approval drug monitoring and risk mitigation should be made a function of government.

Opioid stewardship is another recommendation made by the authors. This would include prescription drug monitoring programs, developing safer prescribing protocols, utilizing opioid agonist therapy like methadone maintenance, and improving distribution of opioid overdose rescue drug naloxone.

“This stewardship must be paired with opioid use disorder treatment options that are supportive and effective, and that prioritise developing innovative, non-addictive pain management treatments,” Hurd said.

“The COVID-19 pandemic has proven that through collaboration and innovation, the rapid development of vaccines, treatments, and public health policies is possible. That same commitment and collaboration must now be applied to the opioid crisis.” 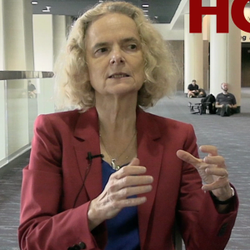 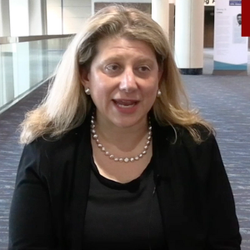