Patients with obstructive sleep apnea who sleep between 22:00 PM and 5:59 AM had higher incidences of acute myocardial infarction and chest pains, a new study observes.

A new study observes a higher incidence of acute myocardial infarction (AMI) in patients with obstructive sleep apnea (OSA) during the late night time/early morning hours – as compared with morning or daytime hours.

The study also found a higher incidence of chest paints in these patients during the night.

The investigative team, led by Fang Zhao, MM, of the Tianjin Chest Hospital in China, sought to investigate the circadian rhythm and clinical characteristics of patients with acute myocardial AMI combined with OSA.

“Among the many factors causing AMI, OSA has received considerable attention in recent years as one of the risks for coronary heart disease,” the team wrote. Their study aimed to provide potential insight into “early prevention and treatment for these patients.”

Zhao and team observed 148 patients with AMI admitted to Tianjin Chest Hospital between September 2017 and December 2018. They included patients with the first onset of AMI, patients who had undergone percutaneous coronary intervention, and those with AMI combined with OSA.

Patients were then divided into 3 time-period groups based on their sleep–wake rhythm: 22:00-5:59, 6:00-13:59, and 14:00-21:59. The team then analyzed and compared sleep-monitoring data, blood routine, biochemical indicators, and coronary angiographic parameters among the 3 groups.

They further noted that patients in the 22:00–5:59 group demonstrated higher levels of serum D-dimer (DD), hemoglobin (Hb), and oxygen desaturation index (ODI3) compared with the other 2 groups. Additionally, the sleep mean oxygen saturation (MeanSaO2) was lower for these patients, and the percentage of nighttime spent with oxygen saturation of less than 90% (Tsat90) and less than 85% (Tsat85) was longer.

Based on statistically significant findings that the diurnal pattern of the onset of AMI correlates with OSA, the study investigators encouraged clinicians to screen for OSA when treating AMI.

Acknowledging the study’s limitations, the team noted the high cost of polysomnography, the complexity of the operation, and the safety issues in monitoring patients with AMI.

“We hope to increase the sample size in the future and optimize the use of polysomnography in the analysis of sleep structure in patients with AMI,” they concluded.

The study, “Circadian rhythm and clinical characteristics in patients with acute myocardial infarction combined with obstructive sleep apnea,” was published online in Annals of Noninvasive Electrocardiology. 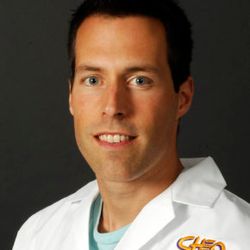 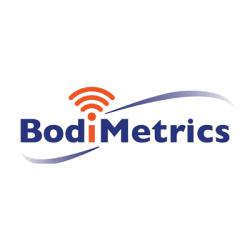