The Burden of Caregiver Stigma on Treating Addiction

A discussion on how difficulties accepting the drug addiction public health crisis is affecting the rate of care-seeking patients.

A recent study from a team of investigators at Johns Hopkins reported that one-third of primary care physicians did not endorse the use or benefit of opioid use disorder medications versus non-medication procedure.

The study, led by Emma McGinty, PhD, MS, showed a glaring need to increase such endorsement and willingness to prescribe the necessary therapies among physicians. It also highlighted the growing conversation around addiction stigma among care givers.

McGinty and Colleen L. Barry, PhD, recently wrote a perspective for The New England Journal of Medicine on the prevalence of public stigma in addiction care. The pair wrote that the health field can approach addiction stigma the same way by which they would approach other major public health issues: “by building and deploying a strong base of research evidence.”

In the first part of an interview with HCPLive, McGinty discussed stigma addiction, the burden of caregiver stigma on patients, and the cyclical nature of patients seeking to recover from addiction.

HCPLive: What exactly is the role of stigma in addiction? What does it look like? And how does it affect people going through their disease?

McGinty: There's various kinds of stigma, so just for the sake of clarity, I'll be clear that we in this piece are talking about public stigma—which is negative attitudes among the general public or other groups like healthcare providers toward people with addiction. And these negative attitudes are rooted and longstanding views in the US and other cultures as well—but particularly in the US—that addiction is a poor personal choice and a moral failing, as opposed to a treatable health condition.

So, this stigma is really very pervasive and is as high, or by some measures higher, among physicians relative to non-healthcare professionals. It affects everything that we do in often unconscious ways, it makes us less willing to interact with the stigmatized group— which might mean that you don't want that person as a neighbor. If you're a healthcare provider, it might mean you don't want them to ever walk across the threshold of your office, and you're reluctant to treat them.

HCPLive: It's imaginably a huge hurdle for a patient burdened with addiction—who may already struggle with the notion of seeking care due to these stigmas, to actually face stigma from a care provider once they've reached that threshold.

McGinty: It's a huge hurdle, right? People are reluctant to seek care, because they know that there is so much stigma. They are afraid of being stigmatized, or of people finding out that they have an addiction because they went and got treatment—and to then be confronted with sort of negative attitudes among the professionals who are meant to help.

Unfortunately, it's often the ultimate barrier to treatment. People crossed that first hurdle of getting through the door and seeking treatment, but then having a negative experience. And then, that's it for them.

HCPLive: Something that stood out in your piece was the call for addressing stigma through emphasizing what societally causes addiction—instead of individually. When you look at the individual with an addiction, that's when you could look at things that they may have done wrong, in your mind, to allow addiction to occur.

When we look at it from the scope of a public health crisis, it helps people understand that not only is this something difficult for one person to overcome—but for so many who are afflicted.

McGinty: I think that's exactly right. There's a large body of research coming out in the fields of communication and social psychology that has illustrated this principle in other contexts—this idea of focusing on the societal factors that are driving a problem, be it poverty, or in this case addiction, as opposed to the individual-level factors, is helpful at reducing stigma. Exactly as you said, it takes the laser focus away from the individual and zooms us out to think about all of the things that are outside of an individual's direct control that might put them at a lot higher risk for developing addiction.

HCPLive: It seems like a self-perpetuating issue, where stigma is feeding into so many different facets of an addiction patient's livelihood, that they're at a greater risk of not being able to get properly treated and overcome their disease. Is that something that you observe it as: a cyclical issue?

McGinty: You know, I've never thought of it in a cyclical sense, but I do think that that's accurate, in that addressing addiction stigma there are so many incentives to serve hiding one's addiction. And almost all of those incentives are due to stigma. If I tell people that I am experiencing addiction, I might lose my job, or I might not get the apartment that I'm applying for, or my family and friends may no longer want to be close with me.

So, there's this big incentive to hide one's addiction—which not only prevents people from seeking treatment and recovering, but it's also cyclical in the sense that we know that one of the really powerful tools to combat stigma is people coming out and telling their stories. That's normalizing it in some sense. It becomes not those demons in some city far away, but your next-door neighbor who you have dinner with every other Sunday who has experienced this problem.

It's very cyclical, in that sense, because stigma prevents people from doing that kind of disclosure. And because people aren't disclosing stigma, it is perpetuated. 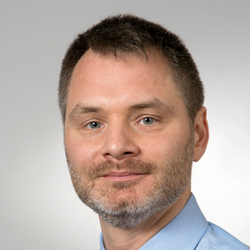