Differentiating Between the Brain of a Genius

Simon D. Murray, MD: We have just a little time left. I’d like to ask you to summarize the findings that made Einstein’s brain extraordinary.

Frederick E. Lepore, MD: It might even be a little less than average. For a 76-year-old guy, let’s call it average. So he did not have a bigger brain. You can’t go with that. The anatomy is pretty subtle stuff, but if you’re talking about the game highlights, No. 1: If you read the original anatomical paper we wrote, 24 pages, you’ll get it in very laborious detail that every lobe of his brain on the surface is different from those of the standard and normative human anatomy as portrayed in the atlases, and we have no other ones to go with.

Frederick E. Lepore, MD: No, he was a Jesuit at Georgetown University, or GW [George Washington University], and he wrote this book in the 1950s. And Dean Falk [of Florida State University], who identified every sulcus—that’s a groove—every bump, every ridge, gyrus. There are some that are not even on the atlases. They’re just little fissures, and no really knows why. But if you’re going to say, “Give me the short answer.”

Frederick E. Lepore, MD: It is not bigger. The frontal lobes—he’s got an extra middle frontal gyrus. You and I have, probably, 3 mid-frontal gyri.

Frederick E. Lepore, MD: Yeah, I know. He had 4, OK? There were certain differences in the parietal lobes. Sandra Witelson did say the parietal lobes were exceptional. We agreed with that. But again, if you’re a neuroanatomist, it was different from her findings. There’s something called opercula. If you think about your eyelid, think of that as opercula. Opercula means “lid” in Latin. Think of your eyelid covering your eyeball. The eyelid acts as an opercula. Einstein had them. Witelson said, “No, he didn’t.” And you say, “Well, how do you figure that out?”

The way you figure it out, again, if you read the book, or the paper, is that you should have a discontinuity between a gyrus, a Sylvian gyrus as it goes up to the postcentral gyrus. And I’m sorry, it’s hard to describe this. You’ve got to look at the pictures. Dean Falk was able to see that if you looked deep into the sulcus—sulcus is like a group—she says there’s a hidden gyrus at the base of this sulcus. It interrupts it, and therefore, he had opercula.

How did we do that? It’s not like we can leap tall buildings in a single bound. What we had that Witelson didn’t have, as far as we know, are all those extra photographs. When we go down to the National Museum of Health and Medicine for 8 hours and we’re taking those pictures, we have lots of other perspectives on the brain. Certain different angles.

If you look at a sulcus head on, and then you look at it at a slight angle, slight turn—which is why Dr Thomas Harvey took many, many pictures—now you can actually see something that’s at the base of that sulcus. Falk was able to see those. There is a metaphor I like to use: I love the Grand Canyon. My wife and I go to the Grand Canyon. If you’re standing away from the rim, you don’t know there’s any Colorado River. You’ve got to get very close to the rim, at a certain angle. Then you see the Colorado River way down in the canyon.

And that’s what Falk did. It was as if she got the angle to see the base of the sulcus. With those kinds of things, she goes, “Oh, there’s a hidden gyrus. It’s not continuous. Opercula.”

What has that got to do with the price of eggs? You can’t say anything except, “Well, that brain is different, and it’s different from what Witelson said.” We do have common ground, though, in saying the parietal lobe was different.

If you’re going to bet on gross anatomy, if you say, “Well, if I had to pick out a spot in your head, your brain, that has something to do with genius, you would look at association cortex. You wouldn’t be looking at auditory cortex.”

Witelson went with the idea and said, “Well, look. His parietal lobe is different. That’s why he’s a genius.” And we’re going, “Well, don’t cut it off at the parietal lob. There’s lots of other stuff.”

Frederick E. Lepore, MD: I would love to know her thoughts on that, you know? The book has been out, and we tried to contact her, but she’s never really told us more.

Simon D. Murray, MD: Finding Einstein’s Brain is an extraordinary book—this book that Dr Lepore wrote—and there’s a great deal of neuroanatomy you can learn from this book. I learned a great deal from it. Whatever happened to the picture that was painted of Einstein’s brain?

Frederick E. Lepore, MD: I’ve heard about it, but I’ve never seen it. I know, you were right. Dr Harvey mentions it. Also, are there any color photos of the brain?

Frederick E. Lepore, MD: I don’t think they were in his cellar, but he probably gave stuff away or lost track. We don’t know.

Simon D. Murray, MD: It’s a really fascinating story. I don’t think we know the whole story yet. His brain wasn’t compared with other genius brains either. That would be interesting to do.

Frederick E. Lepore, MD: Oh my gosh, yes. You know, the soft, white underbelly of this kind of stuff is an N-of-1. It’s a one-off brain. I could tell you to look at the atlas, but at the end of the day, you’ve got 1 brain. You’d have to pick out some pretty high-flying intellects. You can’t get Isaac Newton. You can’t get Galileo. You can’t get Charles Darwin. You can’t get Alan Turing. In this day and age, I don’t know.

Frederick E. Lepore, MD: Hawking would be fantastic, except you know he had motor neuron disease. Although if you could have a genius in the sciences and a genius in the arts, it doesn’t necessarily mean you have to kind of indulge in some kind of ghoulish thing saying, “Well, after I’m gone, please do this to me.” We are at the point where the MRIs [magnetic resonance imaging] you and I see in the brain are diagnostic—the medical ones. “OK, yes, I see the stroke there.”

But there are programs for which they can actually create 3-D images of the brain that might be helpful for this kind of work. Not as good as a photograph of an actual specimen, but then you have to have someone who gets the funding to say, “I’m going to get some very smart people.” I think that’s a program that’s a special program. You can’t have it done at your friendly neighborhood MRI center. You plug people into it, and you start doing some comparisons. But you know, as I keep saying, genius is not a disease, so it’s hard to get funding.

Simon D. Murray, MD: Thank you. This has been fascinating. Thank you very much. This has been extremely informative. Thank you for your contributions, Dr Lepore, and thanks for joining us. We hope you found this HCPLive® Peers & Perspectives® presentation to be useful, informative, and fun.

Frederick E. Lepore, MD: All of the above. Thank you. 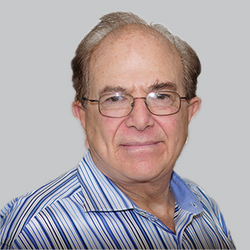 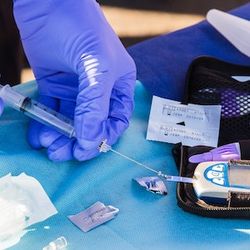