The use of epinephrine is tied to higher severity for allergic reactions during peanut oral food challenges (OFC) of pediatric patients.

The data was presented during the American Academy of Allergy, Asthma & Immunology Annual Meeting (AAAAI) 2022.

The new system was developed by allergists and emergency physicians using the Delphi consensus methodology and requires validation in a number of clinical settings and the highly granular data collected during oral food challenge allergic reactions to produce a score.

The investigators believe patients who require epinephrine have higher score, which therefore would be associated with more extensive post-reaction monitoring.

In the study, a pediatric resident reviewed the prospectively collected allergic signs and symptoms to calculate a score on a 1-5 scale, with 5 being the most severe. Overall, they tested the new scale in 66 pediatric patients between 6 months and 17 years, who received epinephrine during peanut oral food challenges.

The allergic reactions were graded in a control group of age, sex, and race matches undergoing peanut oral food challenges without the need for epinephrine.

However, this was highly variable for grade 2 and 3 reactions.

“In this first application of the SGS-AR, outcomes of post-epinephrine monitoring time, disposition, and the use of epinephrine correlated with severity grade during OFC allergic reactions,” the authors wrote. “Next, we will retrospectively validate and assess reliability amongst reviewers of differing experience levels.”

In another abstract presented during AAAAI 2022, investigators found visits to allergists could reduce the total healthcare costs for patients with peanut allergies.

Similarly, the proportion of anaphylaxis episodes also was higher in the peanut allergy group, compared to the control group (53.1% vs 31.6%; P <0.001). 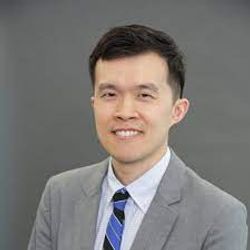