Goals of Therapy and Treatment Approaches for SARDs

A key opinion leader in rheumatology discusses the goals of therapy for SARDs and provides an overview of current approaches to treatment including the use of NSAIDs, corticosteroids, and immunosuppressive agents.

For joint pain and stiffness, NSAIDs are the initial treatment options. Typically, the joint symptoms would manifest as morning stiffness with some associated swelling. Presentation tends to be polyarticular and symmetrical. After that, we may move on to corticosteroids or DMARDs [disease-modifying antirheumatic drugs], such as hydroxychloroquine.

In lupus, hydroxychloroquine is the cornerstone of treatment and is also used in other autoimmune rheumatic conditions, including rheumatoid arthritis. It’s intended to improve the constitutional and musculoskeletal manifestations, including joint pain and stiffness. It may improve or reduce the rate of flares in patients with lupus, as well as thrombotic effects, organ damage, and mortality.

Oral corticosteroids are used when there’s organ involvement that’s typically nonthreatening. Constitutional musculoskeletal cutaneous manifestation and hematologic manifestations may include the use of short-term corticosteroids. Occasionally steroid-sparing immunosuppressive agents such as azathioprine or methotrexate can often be used to help control symptoms as well. Similarly, in myositis, glucocorticoids are the mainstay of treatment. Typically, they’re used in conjunction with a glucocorticoid-sparing agents, such as methotrexate, mycophenolate, azathioprine, and rituximab and IVIG [intravenous immunoglobulin]. 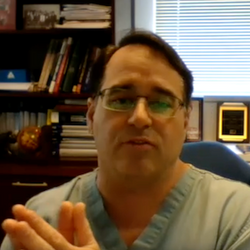