Transcript: Deepak L. Bhatt, MD, MPH: Javed, perhaps you could bring the group up to speed on CHIEF-HF? CHIEF-HF is looking at canagliflozin and the functional status in heart failure, and goes beyond just that interesting scientific question. I think a lot of neat digital technology is being integrated in that trial, looking at quality of life and tracking physical activity and all sorts of stuff. Do you want to tell the audience about that?

Javed Butler, MD, MPH, MBA: The SGLT2 [sodium glucose cotransporter 2] inhibitor field is really robust right now. There’s another SGLT2 inhibitor, empagliflozin, that has a heart failure reduced ejection fraction [EF] trial going on. Then there are the 2 trials, both with dapagliflozin and empagliflozin, that are ongoing for heart failure with reserved ejection fraction. Then there are post-MI [myocardial infarction] trials with SGLT2 inhibitors that will also be started pretty soon.

The specific trial that you mentioned, CHIEF-HF, stands out among all of these trials because there’s a traditional way regarding how we have done trials. But now with all of the technological advances, we see that the traditional trials have a lot of burden. They have a lot of cost burden but also a lot of burden on the coordinators and on the patient to keep coming back to the clinic for all of these visits and all of these tests. The question is, how can we capture most of these things remotely, through technology, from the patient and make it easier?

CHIEF-HF is a smaller trial. It’s not a clinical end point trial. Quality of life is the primary end point in this trial, and it’s a shorter trial—about a 12-week trial. But the beauty is that once the patient is enrolled, and could be enrolled remotely as well, you dispatch the drug via mail. We know the safety, tolerability, and adverse event profile of these drugs very well. So, we can take some liberties and just mail the drug. Then, there is a phone-based app that you can use to capture the data on quality of life and functional capacity. We can get it with a Fitbit. So, that is also captured. Then, rather than the traditional clinical events, there can be a lot of these events. We can see what is happening with the patients based on claims databases and other databases to see whether there are any mortality events. So it’s a very innovative way of doing trials, per se, which brings another twist in the SGLT2 field.

Deepak L. Bhatt, MD, MPH: This is really great stuff. I’m really looking forward to seeing what that shows. Speaking of interesting things, Akshay, do you want to tell the audience about the PROVE-HF trial?

Akshay S. Desai, MD, MPH: Sure. The PROVE-HF trial is another important mechanistic study of sacubitril/valsartan in patients with heart failure and reduced ejection fraction. The single-arm observational study asks, what happens to cardiac function after initiation of this new compound, sacubitril/valsartan, which is one of the paradigmatic angiotensin receptor neprilysin inhibitors? The question really is, can we understand something about what the effect is of the drug on the heart to give us some mechanistic understanding of how the clinical benefits seen in PARADIGM-HF happen?

I think the principal observation of that study is that there is an abrupt and early decline in N-terminal proBNP [B&#8208;type natriuretic peptide] that happens with administration of sacubitril/valsartan. And also, that decline in BNP is paralleled by early improvements in ventricular remodeling, which are expressed as declines in ventricular volumes, both in systolic and diastolic volumes, as well as in left atrial volume and also, parallel improvements in functional capacity. One of the most impressive observations in the PROVE-HF trial is really the improvement in ejection fraction after long-term application. This finding suggests that some patients, perhaps as many as 15%, had really substantial improvements in ejection fraction, such that they moved out of that low EF range and into a range where some therapies might no longer be indicated.

So, I think it really speaks to the potency of this class on reverse remodeling, and I think that has been a repeated story with most of our medical therapies in heart failure. The therapies that improve outcomes seem to affect hemodynamics but also seem to affect ventricular size and function in the setting of low ejection fraction. I think it will be really interesting if the same is true or not with SGLT2 inhibitors. We don’t have those data yet.

I think 1 thing to mention is that PROVE-HF had a companion trial. One of the challenges of interpreting the data in PROVE-HF is that it’s a single-arm study without a control group. There was a short-term trial that we ran, that was a randomized, short-term trial comparing sacubitril/valsartan to enalapril. This trial was much like the PARADIGM trial without a run-in period. It looked at similar end points—effects on biomarkers, remodeling. An important primary end point was central aortic stiffness, which we think has a role in promoting heart failure progression. Although there was no impact of sacubitril/valsartan compared with enalapril on central aortic stiffness at 12 weeks, we were able to see the same changes in ventricular remodeling, all of which indicate an early and important effect on the myocardium of this agent compared with standard ACE [angiotensin-converting enzyme] inhibition. 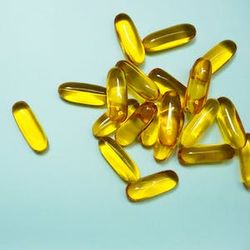