Drs Anand and Bonaca end this Peer Exchange by giving some key takeaways to the audience and vascular physicians that treat PAD.

Manesh Patel, MD: Yeah, that’s really well stated, Sonia. Thanks. It sort of highlights just something that we all look for which is whether it’s consistency or reproducibility, it’s very valuable. Maybe, Marc, you can tell us there’s been so many wonderful subgroups describing these findings to get it into hopefully the hands of people that are using it. What would be your take-home points for our vascular surgeons and our vascular medicine physicians? Because the data are rich, 6500-patient randomized trial, a several thousand-patient COMPASS and 20,000 some patients. Then you take the 10,000-patient PAD patients. Sometimes we go from an evidence-free beach to a Tsunami, and yet people don’t seem to be able to change their behavior. What do we do to change practice? What is the key take-homes there?

Marc P. Bonaca, MD, MPH: What a great question, Manesh. For iterations of the PAD guidelines, it was like nothing could make class I because there’s like no evidence. And now, like you said, I mean a Tsunami is a big word because it’s so overwhelmingly positive and as Sonia nicely outlined, everything is so consistent.

I guess what are the key take-homes? Well, there are always questions. Does this therapy or does this strategy apply to my patient? That’s where I think the combination of COMPASS and VOYAGER are so valuable because we’ve had drugs which, well maybe it’s okay in the outpatient setting but what’s the utility post-revascularization, what’s the safety. And I think that we had a number of analyses now across the two trials which really show you that the benefit is consistent, it’s safe to use it after revascularization even if you’re using clopidogrel for a while. It’s equally efficacious whether you have a bypass or you have endovascular. And I think actually for patients with prosthetic bypasses who are extremely high risk, but having those close down there’s an even greater benefit. We know that the patients who are those that keep coming back or multiple revascularizations actually had an even greater benefit of this strategy, and I think that’s intuitive.

Some of Sonia’s analyses have shown that high-risk groups with polyvascular disease, diabetes, although everyone gets the same relative benefit because they’re so high risk, get an even greater absolute benefit. I actually think that some of the observations around critical limb ischemia as a subgroup are really important. There are few trials that have had large CLI populations. Of course, BEST-CLI hopefully will come out next year is a big one, but that’s not a medical therapy here, in over 1500 patients and you sort of wonder what’s the totality because the mortality rate is so high, and there is so many recurrent procedures, and you worry about bleeding. And here, actually the net outcome including all-cause mortality and bleeding, there was a number needed to treat that was around 20. I mean, it had a huge benefit, so one of the first medical therapies I think proven in CLI.

I guess key messages are it works, it works across the different endpoints, and it’s safe to use it in the majority of patients. In fact, we haven’t found a subgroup that really didn’t have a net benefit overall, including the elderly, and that we had a strategy that is broadly applicable in these patients. I’ll just make one other comment which is we talked about a lot of the limb risk which I think particularly in VOYAGER is important. That’s what drove the risk. But, if you look at COMPASS, there was like a 50% reduction in stroke. The benefits are broad. It’s not just a procedural adjunctive therapy. It does prevent those complications, but it does much more than that, too.

Manesh Patel, MD: Well said and broad across multiple subgroups even with clopidogrel and obviously consistent.

Listen, it’s been a tremendous pleasure and an honor to be with you guys on this session, and hopefully you guys had fun, too. I want to thank our audience for watching this HCPLive Peer Exchange. If you enjoyed the content, please subscribe to the eNewsletter to receive upcoming Peer Exchanges and other great content right into your inbox. Thank you for joining us. 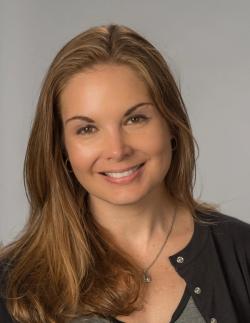