Deepak Bhatt, MD, MPH: Mike, you did a lot of pioneer work, at the time it seemed like a bit of a wacky idea. In ATLAS and ATLAS2 trials you added on an anticoagulant to antiplatelet therapy, different context, patients coming in with an acute coronary syndrome [ACS]. But there the idea of long-term low dose in that case, or very low dose anticoagulant, made a dramatic difference lowering the rate of mortality, significantly lowering mortality. It does sort of open that door to the patients who are at risk of thrombotic disorders, in that case, on the arterial side, benefited with long-term, albeit low dose anticoagulation. Do you think there are any lessons we can learn from that? And then the subsequent COMPASS trial, which in a non-ACS, stable CAD [coronary artery disease] and PAD [peripheral artery disease] population, found that that same dose, in that case rivaroxaban 2.5 mg twice a day, once more reduced mortality. Is there a lesson that we can learn there that we can apply here?

C. Michael Gibson, MS, MD: Big lessons. I think we came off a couple of decades of what I call the platelet decades. There is a tremendous amount of education that went into teaching people about platelet activation and the angry platelet. Platelets calm down after an ACS event, and they get less and less activated. You need lower and lower doses like of, say ticagrelor. What we also are learning though is that thrombin generation doesn’t really go down, and it’s that persistent elevated thrombin generation that puts you at risk for those late events. Platelets calm down, but thrombin may be a little bit like the new cholesterol.

It’s persistently elevated. It may be a chronic risk factor, and I think people couldn’t believe it, that inhibiting thrombin generation would reduce these events because they thought this was all a platelet disease. Even stent thrombosis, which we thought was a platelet disease, was reduced by 31%, by targeting thrombin. The other thing people don’t realize is that these antiplatelets, they don’t block activation of your platelets by thrombin.

Deepak Bhatt, MD, MPH: Right, which is the most potent.

C. Michael Gibson, MS, MD: So we’ve got a big gap in care there. This is fascinating that people get very embedded in paradigms, and they just can’t accept a new paradigm. I think 2 studies, 45,000 patients worth of data, independently showing reductions in mortality, you would hope it would change the paradigm. We’re slow learners.

Deepak Bhatt, MD, MPH: We may be slow learners. But I think part of the problem is what Gary said too, is that warfarin sort of poisoned the well in the early studies of stent thrombosis, warfarin didn’t look that good, lots of bleeding, not that effective, and even aspirin plus ticlopidine, not the best version of dual antiplatelet therapy, beat it. Likewise studies of extended duration warfarin after MI [myocardial infarction], there were positive signals there, but lots of bleeding. It really colored the way the field moved forward.

Alex C. Spyropoulos, MD, FACP, FCCP, FRCPC: Maybe this mechanism of this low-level kind of thrombin-based mediated process of it’s an inflammatory process…. What’s fascinating to me is the low doses of betrixaban reduced stroke and TIA [transient ischemic attack] by 45% or so. Low doses of rivaroxaban now, it was actually a specified secondary end point looking at fatal, irreversible vascular events in MARINER. We saw a 28% significant reduction with these mostly arterial side events. This paradigm, Mike, that you discussed is important, because we get so fixated within our own fields, we don’t realize there’s a real Boolean relationship now between arterial and venous disease.

C. Michael Gibson, MS, MD: We do know on the ACS side, STEMI [ST-elevation myocardial infarction], non-STEMI ACS, they have elevated levels of thrombin generation chronically compared to the stable patient. What we probably need to do is look at the medically ill patients. I suspect that they tend to have a higher rheostat or set point of thrombin generation as well. They have bad blood as well, I bet.

Deepak Bhatt, MD, MPH: Yes, something led to their increased risk in the first place. 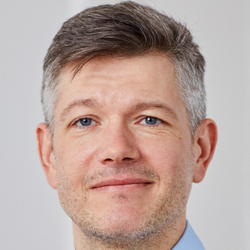