Mucosal Healing as an Endpoint in IBD

Considerations for using mucosal healing as an endpoint when assessing disease activity and remission in patients with inflammatory bowel disease.

Stephen Hanauer, MD: You bring in the biomarkers once the clinical symptoms have improved because we know now that symptoms don’t match endoscopic, or histologic, or other biomarker features. Why aren’t symptoms enough? We’ve learned through the years that symptomatic improvement doesn’t translate into any long-term benefits. Patients who have symptomatic improvement with Crohn disease still end up getting surgery. Patients with symptomatic improvement in ulcerative colitis [UC], flare, require colectomies and develop cancers over time. The next iteration of that has been this concept of mucosal healing. What’s your thought on that, and when do you look for it?

Marla Dubinsky, MD: As a reminder, mucosal healing, which funny enough, we used to say macroscopically it looked perfect to me, or even a 0 or a 1; that got the initial treatment with infliximab.

Marla Dubinsky, MD: Yes, the Mayo Score. And now we’ve gotten to a point where you need to have a Mayo Score endoscopic of 0 or 1, but you also need to have less than 5% of neutrophils in the crypts as part of a histology remission or improvement. That’s specifically in UC. I do want to note that in Crohn disease we haven’t decided that histology, we don’t even know what’s the best score for it and how to interpret it. I do want to separate Crohn disease from UC.

Stephen Hanauer, MD: But endoscopic lesions in Crohn disease improvement has translated into longer-term results. I agree with you completely with histology.

Marla Dubinsky, MD: One thing about what you just said about Crohn disease is the best example of that in a prospective manner is if you take the CALM study, which as a reminder, was the study where we’re talking about target and tight control and biomarkers, perfect segue. That was the study published in 2017 where patients were either escalated in their adalimumab to weekly, or the addition of an immunomodulator, based on symptoms alone and steroid use or need vs almost it didn’t matter if you were symptomatic, but if you had a calpro and/or CRP [calprotectin/c-reactive protein] that were elevated, you had the ability to be escalated. It was using objective biomarkers, agnostic to whether symptoms were there. And as a reminder, at a year, there was approximately a 15% delta, meaning about 45% of patients met the primary outcome of deep remission, which was essentially a CDEIS [Crohn Disease Endoscopic Index of Severity] less than 4 vs about 30% if you used clinical alone to escalate your adalimumab. There’s a lot more detail to the study but that’s the basic.

What’s interesting is no matter how you got to deep remission, whether it was through symptomatic escalation or biomarker escalation, when you looked out to 3 years after that end point, the patients who were in clinical remission but not endoscopic at a year, had no decrease in surgeries, hospitalizations and adverse outcomes. But the patients who were in deep remission did. We were always looking for data. Show me data that mucosal healing impacts long-term outcomes. That’s the same thing that’s going to happen with histology. I don’t know what to say about it other than to say people are going to demand that by having perfection macroscopically, something else is gained by having histologic remission. I don’t know if that’s where you are in your thoughts.

Stephen Hanauer, MD: Well, certainly in ulcerative colitis that’s the case because our colleague Dave Rubin, MD, and others have shown that patients who go beyond endoscopic healing and have normalization of histology have reduced risk of cancer. One of the more remarkable findings and approaches in ulcerative colitis over the past several decades is the ability to normalize the histology in addition to healing the endoscopic appearance. But I agree with you, we don’t have that data yet for Crohn disease.

Marla Dubinsky, MD: I’m going to date myself…I remember thinking when patients would come with complete histologic improvement, not even any crypt branching or any chronicity, I was like, does this patient really have IBD [inflammatory bowel disease]? I remember thinking it wasn’t possible to get histologic normalization. The fact that we’re talking about it today is amazing when you think about that. We have drugs that can do this.

Stephen Hanauer, MD: I will give you a vignette that I may have told you before. When I was at the University of Chicago, in Illinois, and we had wonderful pathologists there, they would always say that the histology “was consistent with quiescent or inactive ulcerative colitis.” And when I moved to Northwestern University Feinberg School of Medicine a few years ago, I would get reports that said, “without diagnostic abnormality.” I called back the pathologist from Chicago and said, “I don’t understand that.” And his answer was, “Steve, we knew you knew the patient had ulcerative colitis. It was normal, but we said, consistent with.” This ability to normalize changed the world because, as you’re correct, 20 years ago we always said there was residual crypt architectural distortion, which differentiated acute self-limited colitis from ulcerative colitis. And now we know that with effective therapies we can get normalization, not only of the mucosa but also histologically.

Expert Perspectives on the Optimal Management of Inflammatory Bowel DiseaseInflammation 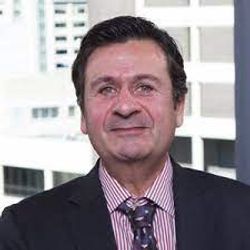 The Expansion Toward Integrative Wellness Approaches in MS Care
x