Biomarkers in Shifting the Treatment Paradigm of Asthma - Episode 8

Omalizumab in the Treatment of Allergic Asthma

Transcript: Thomas Casale, MD: Let me ask some questions specific for the biologics, because now we have 5 biologics approved for asthma. We often get asked how do you know which one to pick? Which biomarkers do you use to help you? How do you measure response to a particular biologic? Let’s start off with the oldest, omalizumab, which was approved in 2003. Stan, how do you pick a patient for omalizumab treatment, and how do you think omalizumab works in patients with asthma?

Stanley Goldstein, MD: How do I think it works? I think that’s a major unanswerable question at this point in time. Anyway, how do I pick omalizumab? Well, I have to at least make the confession that I’m an allergist. I look at IgE [immunoglobulin E], specifically IgE, throughout the day. As Shahzad mentioned previously, allergic asthma is the most common phenotype. Phenotype doesn’t inform us how to treat our patients, and you look for that endotype.

Omalizumab has been around for 17 years. Being that it’s the only biologic that targets IgE and blocks IgE, and we know that when you drop your total IgE, amazingly, omalizumab drops it by 96% within 1 hour of getting it. There’s a downstream effect of that drop in IgE, and the downstream effect is a decrease in the high-affinity IgE receptors on inflammatory cells. Matter of fact, if you look at some early work on omalizumab by Ratko Djukanovic, MD, who wrote an article on the anti-inflammatory effects, he also showed that there was a decrease in sputum eosinophils that was statistically lower with respect to omalizumab. Again, there is a major overlap between eosinophils and allergic asthma.

If I find specifically that the patient has only 1 aeroallergen that they’re being exposed to on a perineal basis—whether it be dust mite, whether it be pet, or whether it be cockroach from inner city, of course, I would think of allergic asthma. It doesn’t mean that when they’re exposed to their pets or they’re in those dusty areas that they have classic asthma symptoms then; it just means that they’re having an increase in asthma exacerbations, and I look for that.

We’ve been talking about omalizumab as, so to speak, an antiallergic biologic, and we really do not understand well the mechanism of action because there are good data in the PROSPERO study, which was a prospective study looking at patients treated with omalizumab for 48 weeks, where you found even patients who did not have sensitization, negative allergy skin test results, and negative ImmunoCAP test results also responded.

Also, in a Spanish study looking at omalizumab in Spain with 260 patients who were allergic and 80 who were not allergic, there was no difference in the outcomes as far as reduction in exacerbation. We’ve classified omalizumab as an antiallergic biologic. I think that was 17 or 18 years ago. I think if that came to studies at this point in time, we would look at it completely differently. It may overlap between eosinophil and allergic asthma.

Thomas Casale, MD: I think that's a good point. As Stan said, when we did the post hoc analysis from the pivotal studies for omalizumab and compared it to what they found in the DREAM study for mepolizumab and what was done for dupilumab, in the placebo group, they found that the higher the level of eosinophils, the greater the exacerbations. If you look at the drug response, it's flat. The difference is magnified by the placebo group, I think more than anything. That’s one of the issues that I think makes it a little bit more difficult to figure out which of these to pick.

Stanley Goldstein, MD: It’s important for us to understand that. If you look at the general population of pulmonologists and allergists treating severe asthma, I call that the smoke screen effect of the marketing of the companies that are making biologics, and they have to clearly understand that it really is related to the higher amount of exacerbations in those patients with higher eosinophils. 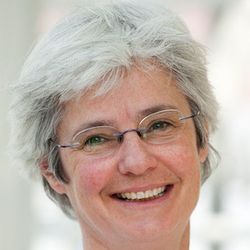