A meta-analysis of the online CBT programs shows promising benefits, with the addition of anonymity for patients.

Cognitive behavioral therapy (CBT)—largely considered the standard for psychiatric therapy—reduces suicidal ideation in at-risk patients when provided over the internet, according to a new assessment.

In a systematic review and meta-analysis conducted by an international team of investigators, internet-based CBT (iCBT) was associated with significant reductions to suicidal ideation versus control conditions. Given the current state of healthcare access and the scalability of iCBT platform, investigators suggest the intervention could cut down on growing global suicide rates if adopted more broadly.

Investigators, led by Rebekka Buscher, MSc, of the University of Freiburg in Germany, noted that CBT is based on an assumption that cognitions are central in both the development and maintenance of mental issues—modifying dysfunctional thoughts could resolve emotional and behavioral problems.

Despite its efficacy and varied accessibility to patients, suicide-risk individuals do not frequently seek out CBT, they wrote.

“Barriers to treatment seeking in suicidal individuals include the wish to solve the problem by oneself, the belief that the problem is not that severe, stigma, limited access to treatment, and financial issues,” Buscher and colleagues wrote.

Technology use, they noted, is evidentially high among suicidal persons. As such, they’re more likely to seek online help than face-to-face care—possibility due to the benefit of anonymity.

“Growing interest in the applicability of digital technologies as scalable health solutions has seen stand-alone, internet-based self-help interventions (ISIs) become an emerging focus of health research in recent years,” investigators wrote. “To date, most ISIs are based on CBT because the highly structured and often manualized therapy elements can be transferred well into a digital format.”

The team conducted a search via 5 databases for trials assessing online self-help interventions designed to address suicidal ideation or behavior. The team included results of randomized clinical trials with a quantitative measure of a suicide-specific outcome.

Mobile-based and gatekeeper interventions were excluded from assessment.

In their assessment of 6 unique eligible trials, investigators observed 1567 participants—mean age of 36.2 years and two-thirds (66.8%) female. All participants were subjected to iCBT intervention trials.

Their findings for ideation reduction were similar in effect size to those reported in meta-analyses for face-to-face CBT interventions on suicidal ideation. As such, investigators believe iCBT could serve as a useful alternative to traditional suicidality treatment.

“Taking into account that ISIs are highly scalable, and that suicidal ideation is a major risk factor for suicide, even small effects on suicidal ideation might have substantial effects when implemented at scale,” Buscher and colleagues wrote. “Ideally, in addition to ISIs being made available online, they could be integrated into health services, such as through prescription by clinicians as standalone or adjunctive therapies.”

The team added the crisis hotline services—which have spiked in caller volume since March of this year—could be complemented by iCBT.

That said, they remarked the field is still in its “infancy,” and that continued robust reaearch is needed to more confidently establish the efficacy of iCBT intervention—as well as to identify moderators and mediators, and to discover pathways of tailored intervention for at-risk individuals.

“To make full use of the existing data and to identify moderators and mediators of effects, an individual patient data meta-analysis could also be a fruitful next step,” they wrote. 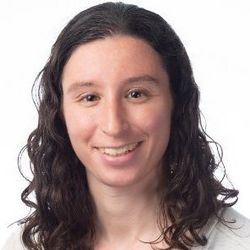