Opportunity in Psychiatry Arises from Challenges of 2020

While the impact of the tragic events of 2020 will surely have a lasting impact on the mental health of millions, there is now a timely opportunity to address longtime gaps in how mental health disorders are viewed and treated.

Whether it is lockdowns, protests, or personal tragedy, virtually everyone has had to contemplate some psychiatric issues during the last calendar year. If not addressed, this increase in mental health problems can have a profound impact that lasts far beyond the traumas of 2020.

But if addressed properly, this time can serve as a jumping off point to a new age of psychiatry where individuals are more open about the issues they are facing and more available to seek out help from professionals and peer support services.

George S. Everly, Jr., PhD, of The Johns Hopkins University Bloomberg School of Public Health, explained to HCPLive® how psychiatrists can use the current situation as an opportunity to really inflict change into how mental health is treated.

The current crisis has likely created new mental health challenges for many, while exacerbating some of the issues people with pre-existing psychiatric problems could be facing.

Leaning on history might be important as we face new mental health challenges that could define this next decade of psychiatric care.

Everly recalled how during the first Gulf War during the early 1990s, the war created a chasm of mental health problems in an area of the world with a greater stigma regarding these problems than what is currently seen in the present-day US.

During this time, the government in Kuwait developed a new office independent of health care in order to rebuild some of the mental health problems plaguing the area. Everly was part of rebuilding their mental health system at the time.

To do this, stakeholders rebuilt the mental health system outside of the hospitals and set up satellite centers classified as resilient centers. These weren’t traditional psychiatric offices where an individual would go get diagnosed and treated.

“Rather, they receive help in adjusting to extraordinary challenges,” Everly said. “Just as the occupation gave rise to new adjustment issues, because of the war like occupation. The parallel for that in this story would be COVID, has created new mental health challenges and people that were otherwise doing just fine.”

One of the discoveries of this project was people who had pre-existing issues prior to the invasion began seeking the mental health services being offered.

“Why? Because now it was socially acceptable,” Everly said. “They had reason where before they sought mental health care, absent a ‘socially acceptable reason’ there might have been a stigma associated with it.”

One thing that separates the current crisis from other crises throughout history is the truly global scale of issues in 2020. Someone in the middle of Indiana could be facing similar issues of fear, anxiety, and personal tragedy as someone living in New York City or Italy.

“I think that's exactly what's going to happen, you'll see people coming together because we have more of a shared experience,” Everly said. “The idea is very simple. I'm willing to open up to you if I think you get it. If I think you're going through or been through something similar as what I'm going through I'm far more willing to sit down and share informally.”

While it may seem strange, Everly said there is very little difference between a patient with a psychiatric diagnosis and one without one in times of crisis.

While the individual with major depressive disorder might have greater challenges, psychological first aid is designed to get them back to their baseline, not cure their depression.

“The only difference between a chronic psychiatric patient and somebody who has not experienced mental health challenges this, their baselines are different,” Everly said. “But a crisis affects the baseline regardless of where it is exactly the same way. So, the chronically depressed person and the person who's never experienced a clinical depression in the life are the same to me.”

While this circumstances offer hope, there is fear that the events of recent years that have divided the US could have a negative impact on mental health moving forward. Everly said the political vitriol moving forward might strain the mental health system in the US.

“But sociologically, I have never seen a more strained society and I’ve lived through the Vietnam War,” Everly said. “As bad as that was, this is worse in, in my opinion. The fabric of what makes a society cohesive and makes us society has been far more torn, strained in current times.”

Another concern could be parental burnout, as parents have transitioned largely to parent, housekeeper, employee, and educator during the last year with the advent of virtual schooling.

It could be theorized that spending every waking moment with their child might allow parents to recognize more mental health issues with their children than they would have during normal times.

However, Everly thinks the opposite may occur.

Everly said the reasons for this is when the psychological energy of humans begin to dip, they tend to become desensitize, and do the minimum needed to get by on all of their roles because they are overwhelmed.

While this is not going to be true for everyone, it will be for a lot of parents.

However, parental burnout might not be a lasting problem, and given some space and time, it can dissipate.

While viewing this as an opportunity for the future, Everly admitted there is some concern over patients being trepidations over whether or not to go and seek out mental health advice in person. This was particularly evident during the early parts of the ongoing pandemic.

However, to really take the opportunity to improve mental health services in the US and improve the conditions of millions, there must be some action items that go beyond persuading people to seek out professional help.

One action item would be for large organizations to create and cultivate employee support programs. These would be staff support groups that would be filled with other peer staff members and not mental health professionals.

Everly said it is important that organizations who choose this route do so using the United Nations guidelines, where front-line employees are the ones creating these support groups.

Another achievable goal in the new year should be to build the mental health capacity from the bottom up, rather than from the top down.

Everly said this means developing community psychological first aid core where group develop the capacity to provide acute psychological assistance through many forums throughout the community. This could include houses of worship, community associations, and primary care physician offices for example.

“We can train paraprofessionals to provide psychological first aid, and then we can hold in reserve the counselors, psychologists, psychiatrists for the most severe cases,” he said.

US Guidelines Would Lead to Less Clozapine Discontinuation in the UK 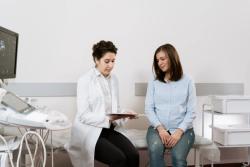 Pregnant Mothers at an Increased Risk of Generalized Anxiety Disorder 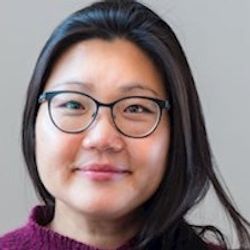