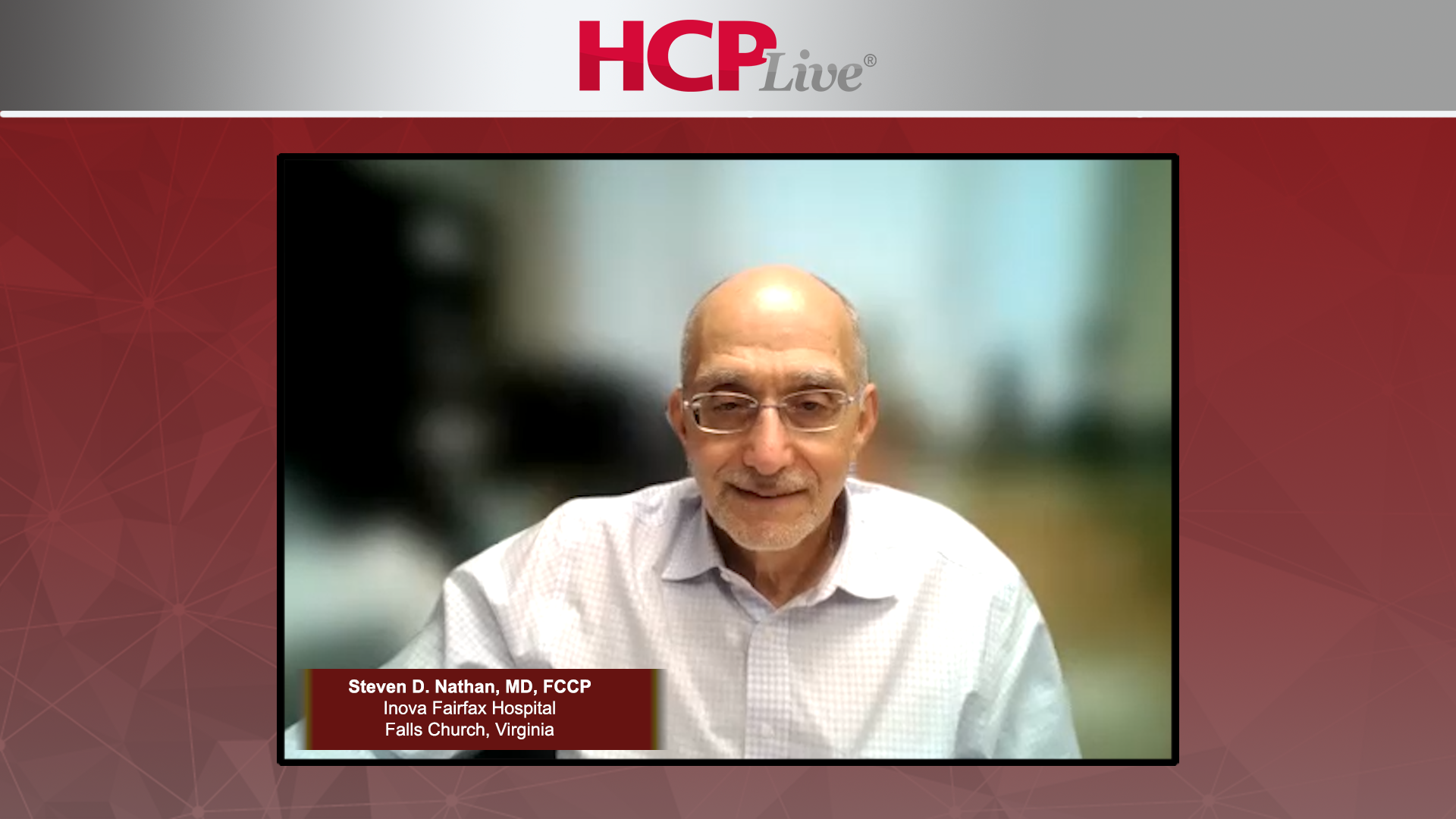 Steven D. Nathan, MD, FCCP, provides an overview of idiopathic pulmonary fibrosis, including long-term disease complications and the effect on a patient’s quality of life.

Steven D. Nathan, MD, FCCP: IPF, or idiopathic pulmonary fibrosis, is defined as a chronic progressing fibrotic lung condition that occurs primarily or only in the lungs and tends to be a disease of the elderly. It’s characterized by progressive fibrosis that over time tends to result in significant impairment and eventual mortality if the patients do not die of something before their IPF.

In terms of the prevalence of IPF, it is not a very common condition. However, it’s not all that uncommon either. If you look at the U.S., the estimates are anywhere from about 150,000 to 200,000 individuals with IPF. It might even be somewhat higher than that. It’s one of the most common forms of interstitial lung disease, and if one looks at the universe of interstitial lung disease, there might be half a million such folks in the U.S. It is a disease of the elderly. It is increasing in its prevalence, maybe because we’re dealing with an aging population but also perhaps some increased disease discovery as we obtain more and more CAT [computerized axial tomography] scans of the chest in different people for various reasons, including cancer screening.

If one looks at the prevalence of IPF in the US, 150,000 to 200,000 and compares it to say, for example, COPD [chronic obstructive pulmonary disease], where there’s 14 or 15 million in the U.S., one can see why patients can be misdiagnosed. And that’s also not even counting patients with congestive heart failure, which are about another 5 million and asthma at about 20 or 25 million. A lot of times these patients will be misdiagnosed initially, and they have to see one or two physicians before an appropriate diagnosis is obtained.

The shortness of breath when they present depends on how active the person is. So if you have someone who is very active, they’ll notice the shortness of breath early on in the disease course. If you have someone who’s more sedentary, they might lose a good amount of life function before the notice onset of shortness of breath. Sometimes these patients will be asymptomatic. There might be a family history of IPF, or they may get a chest x-ray or chest CT for another reason, at which time chronic changes or scarring is noted at the bases. This is not uncommon. Especially with CTs being more ubiquitous, obtained for various reasons, including lung cancer screening, we’re picking up on interstitial lung abnormalities more and more. Some of these patients with early interstitial lung abnormalities may indeed progress in the future to develop overt interstitial lung disease and most commonly, IPF.

Although IPF is limited to the lungs, it is accompanied by multiple comorbidities that, in our day-to-day practice and holistic care of these patients, we need to be aware of. I probably forget a few of the comorbidities. Pulmonary hypertension, arguably secondary to the IPF, could be regarded as a comorbidity. Sometimes you can see emphysema in relation to the IPF. Smoking is a common risk factor, and there is a distinct entity called combined pulmonary fibrosis and emphysema, or CPFE for short. I mentioned coronary artery disease. I think there is another big one that I’m missing. I’m blanking for whatever reason if I ran through all the comorbidities or not.

The existence of comorbidities can have a significant impact on patients’ quality of life. For example, if they have obstructive sleep apnea, and some series described upwards of 80% or 90% of these patients have an element of obstructive sleep apnea, that can of course manifest with tiredness during the day, depression as well. They can have coronary artery disease. Even if you control for smoking history, age, and other risk factors, IPF patients have a higher prevalence of coronary artery disease. I’ve seen a few patients who come to clinical attention because they have undergone cardiac catheterization and they noted some fibrotic changes on fluoroscopy or sometimes these patients might present to their cardiologist first with chest pain. Some of these can have a pretty devastating impact on patients’ quality of life, and sometimes patients with IPF will die with their IPF rather than from their IPF. So if you look at untreated coronary disease, that might be the cause of their demise in the context of them having underlying IPF.

I can’t think of anything. When patients have these comorbidities and it’s upon us to be on the lookout for them and have a high sense of awareness that they might have comorbidities because we can really impact on patients’ quality of life and sometimes their longevity addressing their comorbidities. I think, as pulmonologists, we have to take a holistic viewpoint in terms of our management, not only managing the IPF but screening for some of these comorbidities and treating them when appropriate.