Being pregnant, giving birth, and caring for a young infant is extremely stressful for new mothers—laden with financial concerns, lifestyle changes, and general conditions of stress throughout the experience.

Throw in a global pandemic involving a highly infectious disease that limits women from socializing or getting the much-needed support, and it is easy to believe that postpartum psychiatric disorders have skyrocketed in the last 22 months.

“I basically think that the pandemic has created social isolation, which is the exact opposite of what we tell new parents to do,” Rebecca Weinberg, PsyD, AGH Psychiatric Associates, said in an interview with HCPLive®. “Get out of the house, make sure you see people, get dressed, talk to your friends, join a mommy group. And suddenly all of those things are fraught with so much anxiety.

“For women who have an anxiety disorder or underlying OCD, a global pandemic is someone's worst nightmare, and then take a newborn into the mix,” she added. “It's like a perfect storm.”

How Bad is the Problem?

Weinberg said a 2021 meta-analysis showed a 2-fold increase on average in depression and anxiety. However, this also varied in different countries based on how impacted they were by the actual spread of the virus.

Even before the COVID-19 pandemic, it was well established that postpartum depression and anxiety are largely underdiagnosed.

In 2016, Elizabeth Cox, MD, University of North Carolina, led a study called the Perinatal Depression Cascade in which they found only about 3-5% of women suffering from these conditions are treated effectively to remission.

Despite the increase in universal screenings, patients get missed frequently.

“We as providers are not good at looking at someone and being able to tell whether they're depressed,” Weinberg said. “So we need frequent screening and universal screening, on which we do have AHN [Alleghany Health Network].”

One of the main problems is more and more women during the pandemic have sought medical attention because of more severe postpartum issues.

“Definitely just from seeing in my practice, the amount of women coming in with severe anxiety whether or not they were previously diagnosed on medication or having a therapist has just increased substantially,” Allison B. Deutch, MD, NYU Langone, said in an interview with HCPLive. “And in a lot of it, we know that these things are related to a lack of control and a lack of knowing you know what the outcome will be.”

This increase in severity might be occurring for a number of reasons, including patients avoiding seeking medical attention out of fear of contracting the virus and an overall increase in stress.

In fact, it is well established that postpartum issues can be exacerbated by several stressors, including parental and financial stress, both of which rose for many during the pandemic. Many women disproportionately were out of work and also had to transition to helping their children with a new virtual school environment.

In addition, social relief was largely impossible during the majority of the pandemic.

“One of the treatments for depression is to increased social supports to increase social supports, and something that we call behavioral activation is doing things that create a sense of mastery and enjoyment,” Weinberg said. “Social activities are one of the top things that people who are depressed might not want to do, but we encourage them to do it anyway because doing it tends to make you feel better. The worst thing you can do for depression is to stay isolated.”

Jessica M. Vernon, MD, NYU Langone, said many situations were destabilized during the pandemic, with marital strife, a transition to work from home, and increased pressures of childcare, which leads to feelings of depression and anxiety.

“It sort of adds a variable that we have not really had to contend with for some time,” she told HCPLive.

One of the key non-pharmacological treatments for depression is behavioral activation, which encourages patients to find things that fill their lives with joy. And while challenging, a social support system is obtainable for most patients.

However, as Deutch noted, COVID-19 has largely reduced the social circles of many individuals.

“I think women with babies, their social networks automatically decrease,” she said. “This is why women who have children go on things like Facebook because the need for community and the desire for community when you feel like you are just sort of interfacing with an infant all day is really intense.”

And one thing that has been made abundantly clear throughout the pandemic is that there is some negative consequences that come with extreme social isolation as humans by nature need socialization.

“And there's potential risks to exposure to the virus. So it's like we're constantly balancing that type of risk,” Weinberg said. “And it's different for every family and woman.”

While postpartum depression seems to be discussed more in the general population, Weinberg said anxiety problems are much more prevalent, but far less looked at. For example, even places that try to screen for postpartum anxiety, typically use a depression screener that will not always detect clinically significant anxiety.

However, Alleghany Health System is trying to reverse that trend and screens for a number of different psychiatric conditions, including anxiety, depression, and bipolar disorder.

It is also unlikely investigators will fully grasp the scope of the problem for quite some time.

“The thing is these studies require time, collecting data, looking for the right control group, which is in an ideal world, having already collected data before the pandemic, and the period in which you did not know that there was going to be a pandemic,” Veerle Bergink, MD, PhD, Director of the Mount Sinai’s Women’s Mental Health Program, said in an interview with HCPLive. “And in ideal world, you have to compare these time periods.”

Bergink said 1 of the issues will be most of the studies coming out will largely focus on the early part of the pandemic and some of the issues that occurred after shelter-in-place orders have been lifted might be largely neglected.

Whether it is games, virtual hangouts, virtual workouts, or support groups, many have found ways to stay active and social during the pandemic.

This became even more important for postpartum women.

Weinberg cited a recent meta-analysis showed the 2 main protective factors during the perinatal period for women in avoiding postpartum issues were social support and physical activity. But during the pandemic there needed to be creative ways to accomplish those goals, such as virtual yoga.

But for meeting the demand of support groups ultimately became a challenge as well when sessions became overcrowded.

“In our clinic, we have seen a tremendous influx of referrals, so much so that we had a waitlist for the first time since opening our clinic,” Weinberg said. “We really could not get people in and we're just not even able to offer therapy referrals.”

Another constant challenges for postpartum mental health services is childcare. Weinberg said their clinic was providing free childcare prior to COVID-19. “And for parents with more than 1 child or older children, even at home, it's difficult to engage in a therapy session, when you don't have childcare, because the needs of the children.”

One of the ways to help is by creating a comprehensive care program, which is exactly what NYU Langone is planning to do in 1 of the OBGYN practices, which is expected to be up and running in July.

“[We] really try to tackle this issue of women who typically for financial reasons, sometimes for logistical reasons, don't have ready access to a psychiatrist,” Deutch said. “And so our goal is to embed that care in an OB practice rather than sort of siloing it in a psychiatric one.” 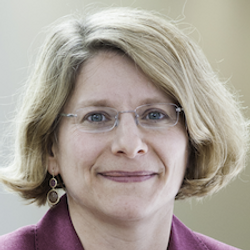