Prevalence and Relapse of Multiple Myeloma and MGUS

Ola Landgren, MD, PhD: Of all the myelomas that are light-chain secretory, that’s about 20% of the population. The other 80% have the monoclonal protein. Of the myeloma patients who have monoclonal protein, probably 90% of those cases also overproduce light chains. So light chains are very, very commonly overproduced, and they’re clinically very important because they can cause, for example, acute kidney failure.

Simon Murray, MD: About my particular patient, is there anything in the epidemiology or the description I gave you of that patient that would make you lean towards the possibility that he could be at higher risk?. Let’s talk about some of the epidemiologic factors that I mentioned. His race as an example, where he grew up. Or are there factors that predict multiple myeloma?

Ola Landgren, MD, PhD: What causes myeloma? That’s a good question. Unfortunately, similar to most other malignant disorders, we don’t entirely know what the cause is. I mean, unfortunately you don’t know for the individual patient. But for the entire population, we know that individuals of African descent have about 2 times higher prevalence and higher incidence of onset of disease. We also know that individuals with an African descent have an age of onset about 10 years earlier. I think that’s clinically important to know. So we are, as doctors, trained to look for different patterns or symptoms. So a younger African American patient can actually have myeloma even if you think it’s a young person.

Ola Landgren, MD, PhD: Also, you mentioned your patient had been active during the Vietnam War, and I think you mentioned Agent Orange. That is something we published a study on in 2015 showing that servicemen who were exposed to Agent Orange have about 2-fold higher risk for developing monoclonal gammopathy of unknown significance, or MGUS, or light-chain MGUS, compared with the general population. So Agent Orange is also a risk factor.

Simon Murray, MD: Was that applied only to servicemen exposed to Agent Orange or to all people who served?

Ola Landgren, MD, PhD: This was found in servicemen who did apply. We did a so-called nested case-control study with almost 1000 servicemen—round 500 where people who did spray Agent Orange and the other 500 people who served for the Air Force, doing the same exact years in Southeast Asia but who were not exposed to Agent Orange. It is a very well-controlled study, and it was published in JAMA Oncology in 2015.

Simon Murray, MD: Yeah, I’ve read that. What about where he was raised? Are there geographic risk factors associated with multiple myeloma?

Ola Landgren, MD, PhD: At this point, it is a little less clear. But if you look in the NCI [National Cancer Institute] SEER [Surveillance, Epidemiology, and End Results] database for the statistics on multiple myeloma, you can see that there is probably up to 50% higher risk in the population in the Midwest. And there is also indication from the National Cancer Institute’s so-called agricultural health study, where they have looked into farmers who do pesticide application because there was also an increased risk. There probably are, but this is something we know a little less about. There is a lot of work going on in this field.

Simon Murray, MD: Yeah. And does age play a role?

Ola Landgren, MD, PhD: Age plays a huge role. The age of onset for multiple myeloma, the average age, is actually around 70 years old. If you start looking into details, you will see that about half of all newly diagnosed myeloma patients are diagnosed from 70 and up, and the other half is about 50 and up. But that’s almost true. There is also a group of people diagnosed below age 50, and they represent about 5% of all the cases. I have cases in their 20s and 30s and 40s. Population-wise, they are rare, but at the specialized center where I do work, we have a lot of those cases.

Simon Murray, MD: How common is multiple myeloma in terms of cancers? How does that fit?

Ola Landgren, MD, PhD: Multiple myeloma is viewed as a rare cancer, and that refers to the incidence, number of cases newly diagnosed every year, of around 30,000 cases in the United States, worldwide around 120,000 new cases. But if you look in America, the prevalence is skyrocketing. This is a consequence of all the new treatments we have. Patients are living longer and longer, but we still don’t have a cure. When I started treating patients, the average survival unfortunately was only 1, 2, or 3 years. Now patients live 10, 20 years. In America right now, there are 30,000 newly diagnosed every year, but the prevalence is around 120,000 to 130,000. These are people living with their disease, and that number just increases every year, every month it goes up.

Ola Landgren, MD, PhD: At this time unfortunately, the majority of all patients diagnosed will relapse once they have a diagnosis of multiple myeloma because there is no curative treatment. But we are working on that. If you follow patients over a long time, there are patients, where the disease doesn’t seem to come back. I can also share with you that from my clinic, we have more than 30 open clinical trials, and we have very much focused on new drug development but also early initiation of therapy in the newly diagnosed setting and what’s referred to as higher-risk smoldering categories. So in the newly diagnosed setting, we have a large proportion of patients who are minimal residual disease [MRD] negative, MRD negative, for 5 years. We have a lot of those patients. So 10 years from now, we may see that patients with the disease never came back. This is very exciting. 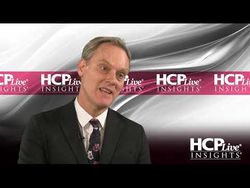 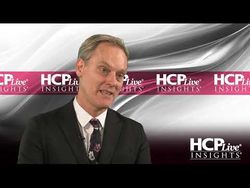 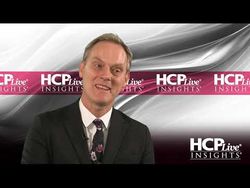