Dante J. Pieramici, MD, leads the discussion on the use of VEGF inhibitors for retinal diseases other than wet AMD.

John W. Kitchens, MD: Dante, these drugs work for other retinal conditions, talk to us about some of the other conditions that we use these drugs for.

Dante J. Pieramici, MD: Yes. It’s one of those things, we’ve found an agent that would dry up fluid in the retina and fluid under the retina and decrease neovascularization or new blood vessel growth. There are a number of eye conditions that have the same processes. One of them is diabetic disease in the eyes, and one of these agents got approved for DME [diabetic macular edema], or swelling in the center part of the eye. We didn’t have a great treatment for diabetic macular edema. We did some laser, it helped stabilize things to keep it from developing moderate vision loss, but many times we couldn’t get rid of the edema. The patients didn’t do well. But these anti-VEGF agents are now the first-line therapy for that as well, diabetic macular edema.

For diabetic retinopathy overall, these drugs can reduce the neovascularization that causes hemorrhaging in the eyes and such, but they also can get rid of the hemorrhaging in the retina and can reverse the retinopathy in some cases. It’s almost turning the clocks back a bit. The difficult thing for that has been that our patients who have diabetic retinopathy may have very good vision. They may be asymptomatic of things, and getting them to buy into getting an injection in the eye on a regular basis has been difficult. There hasn’t been a lot of uptake for that, although some.

There are other conditions like retinal venous occlusive disease, or occlusions in the veins of the eye, that can cause neovascularization and edema in the retina. Then, there’s a whole host of other retinal conditions that are vascular in origin, things like radiation retinopathy, and certain types of tumors that can respond to these anti-VEGF agents. It’s changed our field not only for our patients with AMD [age-related macular degeneration], but I’d say that 50% of the patients we see with rental diseases have been positively affected by these anti-VEGF agents in our tool kit.

John W. Kitchens, MD: That’s amazing. To put it in perspective for our primary care colleagues, we use these 50%, 60%, 70% of the time to treat our patients, and it works across the board for all of these different conditions. Imagine if you’re a primary care doctor and you had a treatment that could fix 70% of your patients, and it was 1 thing. That would be revolutionary, and it has changed the way we do things in our clinic. Lloyd, I want to ask you about the impact this has had on patients with diabetes, and in particular these patients never have anything improve. They’re always being told they have worse nephropathy and neuropathy, but we can improve these patients in tangible ways. Talk to us about that.

Lloyd Clark, MD: Yes, here are 3 examples of how we can have profound impacts on the lives of diabetics. The first thing, as Dante described, is with diabetic macular edema, which is the most common cause of vision loss. You get leaky blood vessels in the retina, those leaky blood vessels cause swelling. These drugs do act as antipermeability drugs, purely in the case of DME. There’s not a neovascular component here with diabetic macular edema, but these drugs are profoundly effective in diabetic macular edema. These are working-age patients who start to develop vision loss to the point where they can’t drive or read, and they can get injections of these medications and retain reading vision. They can go back to work. It’s a dramatic improvement over what we could do before, which was laser. The second, again as Dante described, is regression of diabetic retinopathy. We can turn back the clock in a small subset of patients who have severe nonproliferative disease that is a transition period between stable nonproliferative diabetic retinopathy, and proliferative diabetic retinopathy [PDR]. It’s a period where patients aren’t there very long, but it’s a time of progression, and if we can catch patients at that point and treat them with anti-VEGF agents, we can reduce the likelihood of the more severe complications of diabetic retinopathy.

The third way that anti-VEGF agents have had a profound effect in diabetes is an effect that’s not well studied in clinical trials, but that’s as an adjunctive management tool in proliferative disease. Proliferative disease has historically been a disease managed with either laser treatment or surgical interventions in the most severe cases. We now have an adjunctive anti-VEGF therapy that we can use in conjunction with laser treatment to keep many of these patients out of the operating room. We have great techniques for surgery in patients with more advanced diabetic retinopathy, but these are the patients who are at most risk for permanent severe vision loss, your blind diabetics, or patients with advanced proliferative disease. These drugs have tremendous utility as an adjunctive therapy in the most severe cases of PDR. In my practice I have a lot of rural patients in South Carolina; I treat a lot of patients with advanced proliferative disease. I’ve found anti-VEGF agents a tremendous benefit in helping manage these more severe cases in conjunction with laser to keep patients out of the operating room and keep them functional. It’s a dramatic and an incredibly valuable tool.

John W. Kitchens, MD: Yes, those are the patients who are on their last leg basically as far as blindness, complete and total blindness.

Lloyd Clark, MD: Many of them, by the time they get to this point they’ve had amputations, they’ve had other end-stage complications of diabetes. The goal is to keep these patients out of the operating room. Again, we have great techniques, but you get 1 good shot at these patients with severe disease. And diabetic vitrectomy surgery, that’s not part of the discussion today, but suffice it to say, it’s very complex surgery, and it can be somewhat unpredictable in these very severe cases.

John W. Kitchens, MD: I don’t want to dive too far down the diabetic pathway, but Roger, we have a unique study, the DRCR.net Protocol T. Lloyd had mentioned the CATT study comparing bevacizumab to ranibizumab. The Protocol T study was the first of its kind looking at bevacizumab vs ranibizumab vs aflibercept. Can you talk to us about the DRCR Protocol T study? How did it shape your view of these anti-VEGF therapies?

Roger A. Goldberg, MD, MBA: Yes, it’s a phenomenal study, funded by the National Eye Institute. It was a phenomenal comparative effectiveness study looking at the treatment of patients with diabetic macular edema, so swelling in the center of the retina with associated vision loss, and seeing is there a difference in how those patients do both visually and anatomically? What it showed was after 1 year of treatment, for patients overall, all 3 agents worked well. That’s an important top-line statement to make. It did suggest though that in patients with more severe disease, so those with 20/50 vision or worse, that aflibercept seemed to perform a bit better, both in terms of how much vision patients gained after 1 year of treatment, and how much treatment they needed, how many injections, so the durability. The aflibercept seemed to perform better in the severe DME population.

In year 2 of that study, in the Protocol T, there was a bit of regression to the mean, and there we saw a bit less of a difference between the aflibercept and ranibizumab, both though being better drying agents than bevacizumab, the off-label drug. Many of us, not only do we use that important data set for our patients with diabetic macular edema, but in general, because we’re using those same 3 agents in wet AMD, I do think there has been a bit of a spillover. We all recognize that that’s sloppy science to apply the results of 1 trial to an entirely different disease. But because we’re the same provider base using the same 3 agents, there’s been a bit of a halo effect, and maybe it supports the perception that aflibercept is a bit of a better drying agent, or has a bit of an incremental durability benefit in macular degeneration. That wasn’t what the DRCR Protocol T studied, that was in DME, but there’s been some spillover into the wet AMD space.

John W. Kitchens, MD: Very well explained. I want to get back on the AMD track. We deviated there into diabetic macular edema, but it has great relevance because we use it so frequently, and there is that similarity.

Pass The Study: An Injected Stem Cell for Patients with Geographic Atrophy 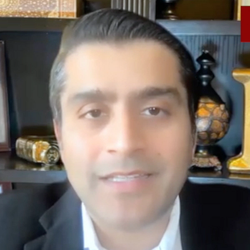 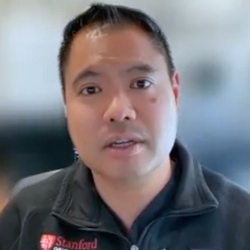