Advances in the Treatment of Sickle Cell Anemia - Episode 4

Ify Osunkwo, MD, MPH: Nirmish, how does sickle cell affect the individual’s quality of life? You mentioned the complications, you mentioned the different organs that could be involved. What does that say in terms of their functionality, and ability to do their ADLs [activities of daily living] every day?

Nirmish Shah, MD: I think that’s a big portion of what we sometimes overlook, and I think that as providers we must be aware of the idea of quality of life.

The other aspect to consider here is that when patients have cognitive issues, visual impairment, hearing issues, that adds another layer to problems that affect quality of life.

There are a lot of problems that we really need to consider, and I think that having these issues that are unexpected, unplanned, lead to a high rate of anxiety, depression, and even attempts of suicide. I think that if you don’t ask the questions, you’re not going to know.

Nirmish Shah, MD: I think that’s a good point that you brought up.

Biree Andemariam, MD: In fact, I have. I’m glad you asked that question. Sickle cell disease by

definition produces an anemia. I have heard a lot of my female patients talk about the degree of fatigue associated with the sickle cell disease, and presumably because of the anemia, at least in part due to the anemia, and their inability to really have the energy for sexual activity. It’s not something that we talk about enough. In terms of males, I don’t know if you were going to ask this question.

Ify Osunkwo, MD, MPH: I was going to ask Matt.

Julie Kanter, MD: Actually, before you say that I wanted to say something else that I’ve learned about women, that the other thing about sickle cell is it’s a vascular condition. At the end of the day the blood can block the blood vessels, and it can destroy the blood vessels. I’ve seen some women who actually are able to have sex but often have a vaso-occlusive crisis caused by having intercourse, presumably, because of the significant increased blood flow. It’s something important to recognize because it can be very painful.

Nirmish Shah, MD: It is a problem.

Ify Osunkwo, MD, MPH: High-risk of mortality and morbidity during pregnancy, after pregnancy.

Nirmish Shah, MD: Forty percent of females have pain, and vaso-occlusive crisis before, during, or after. You have to ask, otherwise they feel like that’s a normal part of having their menses.

Ify Osunkwo, MD, MPH: Being pregnant is risky. There’s a high mortality for the child and the mother. I want to circle back to the male sexual challenges. Matt, tell us about how does this affect male sexual function.

Matthew Heeney, MD: One of the complications, vaso-occlusive complications, of sickle cell disease is priapism, the unwanted and painful erection that can occur. This is related to blood flow into the penis, and it is a relatively hypoxic organ with disordered blood flow, nonvascular blood flow, that leads to a change in the cell shape and a problem with blood leaving the penis. Therefore, the penis becomes erect and won’t go away. This can happen spontaneously. Most commonly in the wee hours of the night when there’s a combination of mild hypoventilation and REM [rapid eye movement] sleep. The combination of these things can induce an erection, normal nocturnal tumescence. That can then trigger an unwanted persistence of that erection and a painful erection.

The problem is that if that lasts too long, this can lead to damage, and ultimately fibrosis to the penis, that then leads to the inability to have an erection when you want one. Impotence is certainly a concern, as is with the compounding recurrent nature of it, often seeing lots of sclerosis and scarring, leading to megalophallus and all sorts of other problems.

That can be problem for many men with sickle cell disease. Even this is something that probably is underrecognized in the fairly young population of boys.

Ify Osunkwo, MD, MPH: I think it’s a good point to know that this is a complication because the treatment should be available to these patients, even though they do have sickle cell disease. They should have access to all the ways of treating erectile dysfunction that everybody else has access to.

Julie Kanter, MD: A lot of men give me a funny look when I need to discuss their erections and their sexual function. Usually I get a little bit of a wrinkled face, and they’re like, “Well I’m glad you asked, because my doctors before never thought to ask me that question.”

Ify Osunkwo, MD, MPH: It’s a problem, and that can lead to a lot of family dysfunction, marital dissatisfaction, etcetera.

Julie Kanter, MD: We didn’t touch on fertility. Not just the fact that there’s difficulty of pregnancy, but some individuals have a lot of trouble becoming pregnant. There are issues with both men having insufficient sperm production, or azoospermia, but also women who have had some difficulties having regular menstrual cycles, therefore being unable to become pregnant.

Ify Osunkwo, MD, MPH: I know way back in the day they used to do hysterectomies for people with sickle cell disease because they were afraid that they couldn’t carry a pregnancy to term. Nowadays again, whatever is available to everybody else should be made available to this population to help mitigate these complications. 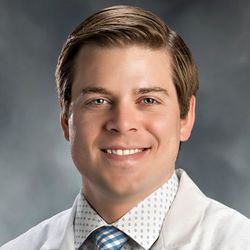