The Challenges of Plaque Psoriasis Management

Jerry Bagel, MD, MS: The challenges I face today are significantly fewer than I had in the past because the medications we now have are so remarkably effective and relatively safe. It’s not even a challenge compared with 30 years ago when people had to go into a lightbox 3 times a week for 12 weeks, use tar at night, and moisturizer creams in the morning. But, having said that, the challenges that I have are many patients are still reluctant to take biologic agents because they’re worried about their safety profile, and some people stop taking their medications when they’re doing well. It’s almost like a bipolar situation. They take it when it’s bad and they don’t take it when things are better. The third would sometimes be insurance. Patients change insurance from year to year and then there could be a hiccup in between the time they take their last medication—and it could be 6 weeks, 6 weeks, 12 weeks—before they get their medication, and they don’t call us to help them in between. Those are the biggest challenges I would say and the fact that 20% to 30%, even the best medication doesn’t work to clear someone all the time.

This is why patients with psoriasis need to go to dermatologic facilities that specialize in psoriasis, eczema, or hidradenitis because generally those centers have a biologic coordinator that’s a full-time person that takes care of getting not only drugs initially for patients but when they have to have follow-up prescriptions filled.It’s not just about getting the initial prescription. You have to have continuity. You need to have a person there, and our person is there all the time to help our patients get biologics approved. They will also know if you have let’s say a certain insurance plan, you might not be able to get drug A but you could get drug B that’s just as well so you don’t have to waste 3 weeks trying to get a drug for that person when you know it’s not going to work.

I think something patients need to know going into a dermatologic office is if they are really vested in psoriasis and eczema, and not simply or completely vested in cosmetics because then you might not get access to what you need. Sometimes insurances are tricky, and they’re very different from state to state and region to region. As I travel around the country, I see some places where you need to fill methotrexate and phototherapy. We don’t happen to have that in central [New] Jersey. We’re pretty easily covered, so it depends on state and region as to whether you’re going to have easy access to a drug or not.

Study Suggests Apremilast May Be Beneficial For Psoriasis, Cardiometabolic Disease 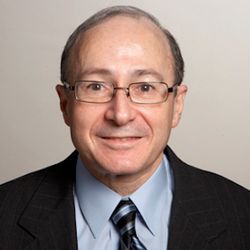