The regulatory setback is regarding a manufacturing facility concern not associated with the investigative drug, according to the company.

This article was originally published in our sister publication Contagion Live.

The US Food and Drug Administration (FDA) has issued a Complete Response Letter (CRL) to Verrica Pharmaceuticals regarding the company’s New Drug Application (NDA) for investigative therapy VP-102, for the treatment of molluscum contagiosum.

“More importantly, the FDA did not identify any clinical, safety or product specific Chemistry, Manufacturing, and Controls deficiencies related to VP-102,” the company’s statement read.

VP-102 is a single-use, drug-device combination product featuring a GMP-controlled cantharidin (0.7% w/v) formulation. It has been investigated via single-use applicator to treat the highly contagious—and mostly pediatric—viral skin condition molluscum. Molluscum is associated with raised lesions that cause pain, inflammation, itching sensation and bacterial infection in patients and is caused by a pox virus.

The company intends to absolve the CRL deficiencies by working and communicating with the FDA.

"We remain confident that we have a path forward for VP-102 as a potential treatment option for molluscum, a highly contagious viral skin disease affecting approximately 6 million people in the United States—primarily children—for which there are currently no FDA-approved treatments,” said Ted White, Verrica’s President and Chief Executive Officer, in a statement. 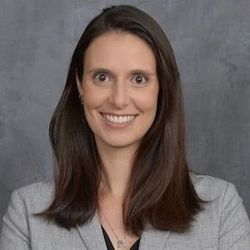