Management of Insomnia in the Elderly - Episode 7

Karl Doghramji, MD: We’ve described the benzodiazepines. We’ve described the benzodiazepine receptor agonists, or the “Z” drugs, all of which act at the level of a GABA [gamma-aminobutyric acid] receptor and augment the activity of GABA. Now there are other groups of agents that have been introduced and don’t act at the GABA level at all, but act at the level of the wakefulness system. These are the drugs that antagonize wakefulness neurotransmitters. For example, doxepin is an antihistamine. Doxepin of a low dose, 3 or 6 mg, is a pure antihistamine and diminishes the histamine wakefulness drive, and, therefore, can produce sleep. It’s indicated for maintenance insomnia. The American Geriatrics Society has recommended that it not be used at doses above 6 mg because it seems that that drug tends to acquire anticholinergic properties at larger doses and may produce memory decrement and other problems if used on a long-term basis. So 3 to 6 mg of doxepin.

The other drugs that are interesting in that they do not have a GABA-ergic mechanism are the melatonin drugs. Ramelteon, for example, is a melatonin receptor agonist that is indicated for sleep initiation insomnia, or problems falling asleep. That drug is available in 1 dose, and that’s 8 mg, and it’s also interesting in that it does not seem to have any addiction potential, much like doxepin. It also has a safety profile that is unparalleled in the sense that larger doses don’t seem to have much in the effect of respiratory suppression. The melatonin receptor agonists may be appropriate for patients who have significant drug addiction histories as well.

And finally, the orexin receptor antagonists. As I mentioned before, the orexin system seems to be responsible in promoting arousal or wakefulness, but also in terms of regulating the transition between sleep and wakefulness and ensuring a stable relationship between sleep and wakefulness. The agent that was introduced and has been available by prescription is suvorexant. Suvorexant is a dual orexin receptor antagonist, and it has been studied in patients for as long as 3 months on a long-term basis and seems to be effective and is indicated for sleep initiation and maintenance insomnia. 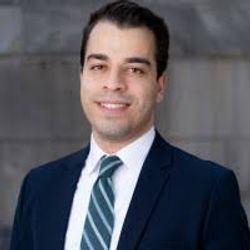