Robert Busch, MD: If your patient with diabetes comes to you and they’re not on one of these heart-smart drugs, a GLP1 [glucagon-like peptide 1] agonist or SGLT2 [sodium-glucose co-transporter 2] inhibitor, at least put it in the note. If you’re comfortable doing it, it becomes part of your routine once you’ve done it a couple times, just as a statin or RAS [renin-angiotensin system] blocker is. It should be part of your routine, as treating lipids are part of my routine. It’s not, “OK, I do your diabetes. I’m not doing your blood pressure or your lipids.” I’m doing all 3. As a cardiologist, you should address diabetes when you have heart-smart drugs, and do it in collaboration with whoever else is managing the diabetes. Put it in the note.

Even if the patient is on insulin or sulfonylurea and they’re not on the heart-smart drug, you might want to put it in the note. You can also initiate it, but tell the patient, “Your primary care doctor is managing your diabetes. These drugs will make your other drugs more effective. Call the other doctor to let them know.” It’s just as a good orthopedist would say, “I’m giving you a shot of steroids. Call your doctor who manages your diabetes, because your sugar might go up, even though I don’t expect them to titrate the insulin.”

Paul Thompson, MD: Yes. I’ll put in my 2 cents. Cardiologists always ask me, “Don’t you get in trouble with the primary care doctor when you, as a cardiologist, change things?” I never have. I do that by making sure that I let them know with the note I send them, and also give a good explanation as to why I’m doing it. I give the outcome data on various drugs to show that they work, and discuss the frequency of prediabetes leading to coronary disease before it becomes frank diabetes. The fact that, by using some of these drugs, we can actually prevent people from going from prediabetes to frank diabetes is very important.

One of the things I push really hard is that you can actually spare the patient from needing an endocrinologist if you start these drugs early, when they’re prediabetic, and you stop them from progressing to the point where they need insulin. My usual method is that when I begin to think I need to start them on insulin, that’s when I send them to an endocrinologist. That’s beyond my ability to handle easily.

Robert Busch, MD: Our first injectable is a GLP1 agonist. If they were on an SGLT2 inhibitor, you and I both could feel comfortable adding the GLP1 agonist. That’s the first injectable we give, and it’s recommended by the American College of Endocrinology and the American Diabetes Association. If you have other oral treatments, an SGLT2 inhibitor, and a GLP1 agonist, that combination has a very powerful glucose lowering event without hypoglycemia. Many of your patients will not have to see an endocrinologist and may not even get the diabetes, if they’re prediabetic.

Paul Thompson, MD: I totally agree with that. We use PCSK9 inhibitors and others, but it took me a little time to get started with the injectable. Once I did a few patients, it wasn’t very hard at all. The amazing thing is, I remember seeing this patient in the waiting room. I looked at him and said, “My gosh, that guy looks great.” I forgot that I had started him on a GLP1 agonist, and when I got into the room, I said, “Oh, that’s why he’s lost the weight. That’s why he looks so much better.” It’s a testament to the fact that these agents work so well. Are there any other things you think we should discuss, Bob?

Robert Busch, MD: As you said, primary care physicians should do this, as well. I tell my primary care pals, “Why do you want us to get the hugs from your patient?” That was back when we could hug each other. When these patients lose weight, their numbers are getting better, and they don’t have to do finger sticks, even when they’re not on insulin or sulfonylureas, they’re very happy patients. I always feel that if primary care doctors did it themselves, they would be the heroes. Why are we the heroes to get a patient off insulin and get them to lose weight, when it’s their patient? It’s almost unfair. We thank them for the referral, but they could do it themselves and not need the endocrinologist.

Paul Thompson, MD: Yes, it is quite amazing how much we can do. Again, I’m not trained as an endocrinologist, but it’s amazing how much I feel I can do as a cardiologist in this day and age. There is one thing I’d like to emphasize. We mentioned it, but probably in passing. As a cardiologist who is interested in lipids, I am referred a lot of patients with hypertriglyceridemia. I have noticed over the years that I would see these patients with triglycerides in the 300s, 400s, and 500s [mg/dL]. I would treat them, and then 4 or 5 years later, they would present with diabetes. A lot of doctors forget that high triglycerides are an early sign of diabetes. They are prediabetic.

I’m not sure this is true, so I’m asking you. I’ve always said it takes more insulin to regulate fat metabolism than it does glucose metabolism. I don’t know if that’s true, but in my mind, it is. I’ve seen these people and followed them over time. I know you know this, but I want the primary care doctors and cardiologists out there to remember, insulin pushes free fatty acids into the fat cell. If you don’t have enough insulin, the free fatty acids come out and they go into the blood. The liver makes triglycerides in proportion to the amount of free fatty acids in the blood. If the free fatty acids are high because of low insulin levels, you’re going to have high triglycerides. That’s an early sign.

I say the following: every hypertriglyceridemic is a diabetic wannabe. They don’t want to be, but they could be.

I’ll tell you, this cardiology/endocrinology diabetes work is getting much closer together. You’re even ordering BNP [B-type natriuretic peptide] levels.

Robert Busch, MD: And PCSK9 inhibitors, Vascepa [icosapent ethyl], and all the other stuff that cardiologists do.

Let’s pretend that you’re coaching me as a cardiologist to start someone on a GLP1 agonist, such as exenatide. Tell me what I should do. Let’s take 1 drug and you decide. Who is the patient I decide to do it on? What medicine should they be on already, and what do I do? Suppose the person comes in on metformin, and I want to get them to lose some weight. I don’t want to take the risk of hypoglycemia. I want to use a GLP1 agonist. Tell me what to do.

Robert Busch, MD: What I would do is a once-weekly injectable, but weight loss sells the drug to the patient. Tell the patient they’re getting a once-a-week medication. They may say, “I don’t want to be on the needle.” Once I tell them they’ll lose weight on it, they’ll put the needle in their eyeball. They want to lose weight. Getting over that obstacle is important. No one complains about the second dose of the weekly injectable because the first dose is so easy. I do it right there in the office. These weekly drugs are not tied to food, so you can give them in the office. They leave with it in them already. You warn them that one person’s early satiety is another person’s nausea. Some people just eat less, but other people get nauseous on them. You have to have strategies to avoid the nausea.

What are those strategies? I recommend smaller meals, less fatty food, and less alcohol. You don’t want to do something that’s going to delay the stomach emptying more. You don’t want to start it the Wednesday before Thanksgiving, so they gorge themselves and get so sick they’ll never take it again. Nausea, to some people, is transient. And don’t increase the dose while they’re nauseous. Exenatide weekly is one-size-fits-all dosing, but some of the others have different doses. Don’t increase liraglutide from 0.6 to 1.2 to 1.8 mg if they’re still nauseous on the lower dose. Wait until the nausea goes away. Use the strategies to relieve nausea, and then increase the dose later, if needed.

Paul Thompson, MD: Is that a positive for exenatide? In other words, you don’t have to titrate up.

Robert Busch, MD: Yes, exenatide requires no titration. Because the GLP1 agonist is in microspheres, it slowly self-titrates, so the nausea rates tend to be much lower with exenatide than some of the other ones.

Paul Thompson, MD: The whole thing about fatty foods is that fat impedes gastric emptying. Is that right?

Robert Busch, MD: In terms of the SGLT2 inhibitors, the counseling there is, “You’re going to be urinating a lot in the next week. What do you like to drink?” Don’t get the patient dehydrated. Also address the genitourinary hygiene that you talked about before. Discuss stopping it if you can’t eat or drink, because you can set off ketoacidosis in rare cases. Interestingly, one of the theories with some of the SGLT2 inhibitors having heart benefit is that they increase ketones. This is a theory of Ralph DeFronzo, MD. Ketones are a preferred fuel for an ischemic heart. If they’re insulin resistant and can’t use carbs as a fuel, ketones can still get into the heart and nourish the heart. The slight increase in ketones might be the cardiac beneficial effects that these drugs have. They work so quickly to provide benefit. It’s too quick to be antiatherosclerotic. Something else is going on that has the benefit.

Paul Thompson, MD: That’s very interesting. In that review article I mentioned in The New England Journal of Medicine, one of the things they talked about were some animal studies showing increased exercise performance on a ketogenic diet. What is the dose I would prescribe when I start someone on a GLP1 inhibitor, like exenatide?

Paul Thompson, MD: That’s useful, because primary care doctors are so busy that sometimes, knowing everything you need to know so you can get started is helpful. I found that after I did it a few times, it was quite easy and no big problem. 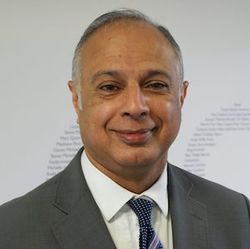 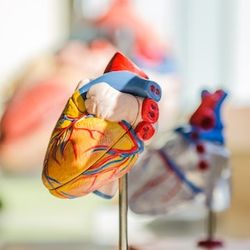 High Incidence of VTE Observed in ICU Hospitalizations for COVID-19