Simon D. Murray, MD: What would your advice be to a practicing physician who is sued? You get a subpoena, and then what is the thing you would advise your client to do or not to do?

Glenn Bergenfield: I think they hear this all the time, and I’ll reiterate it: don’t change the records. The administrative code for doctors says you can annotate records at any point, as long as you date it with the time of the change. If you’re being sued for something you did 3 years ago, you can’t pretend that was in your record then. If you get caught changing the records, despite my story, you’re going to most likely lose your case. It’s a monstrous thing to do, anyway. Even if you think, “I’m putting in what I actually said. I remember saying this 3 years ago. I’m sure I would have said this,” whatever you’re thinking, it’s the wrong thing to do. If you decide to do it, and you date it, it’s a tremendous prop, from my point of view, to say, “You wrote this note after you got sued. You dated it, so you’re not a complete liar. You remember to put in, because that was important information, but you didn’t put it in at the time that it was actually said.” Doctors can say, correctly, “I don’t write everything down. I’m not practicing cover-yourself medicine.” The first thing is, just don’t change the records at all. I think that’s a mistake. I think you all hear that from the insurance companies that insure you all the time.

Simon D. Murray, MD: They tell us we can’t redact records or anything and they must be properly dated, but I see your point that it points you in the direction where you could be admitting liability.

Glenn Bergenfield: I’ve had some cases where this was important information, and when did they write it down? After they got sued. It’s a losing argument.

Simon D. Murray, MD: Are there cases that you know in which people have changed records in a way to deceive and have gotten caught because of technology? Is there a way to catch them?

Glenn Bergenfield: Yes. I had a case involving a plastic surgeon who completely rewrote the records. He’d done a TRAM [transverse rectus abdominus] flap surgery that failed miserably, and then he wanted to blame his patient, who was a smoker, saying, “I told her she had to quit smoking. She told me she’d quit smoking.” This woman was a chain smoker—3 packs a day—and had not quit smoking. She had not been told to quit smoking. He’d basically said to her after a mastectomy, “I’m going to give you the breasts of a 20-year-old woman.” She was 55, and she said, “OK, let’s go.” He did it, and then he rewrote the records. He probably sat down 1 day, clicked on the NFL [National Football League], and started rewriting the records.

Simon D. Murray, MD: After the lawsuit was initiated?

Glenn Bergenfield: Yes, or at least after the problem was evident. He realized he was going to get sued. In fact, there were several cases. I only had 1 of them, but there were several cases. He rewrote the records in 5 cases. I was pretty sure I would be able to prove it because he put some things in there, like, “I saw her on a Sunday.” He just picked dates. He was watching the Green Bay Packers or something, so he did a terrible job rewriting the records.

We lucked into it that there’s a form at the bottom that said, “1-800-MEDFORM,” or something out of Minneapolis, Minnesota. We called them up and asked about the form, saying, “When did you create that?” It was 2 years after the date of all the occurrences here. I had him. I went to deposition and said, “Did you warn her this time and that time?” He said, “Yes.” I went through all his records, because according to him, in the rewriting of the records, he’d warned her 10 times that she had to quit smoking, and she told him she had.

Simon D. Murray, MD: What was the outcome?

Glenn Bergenfield: The outcome was that I settled that case. They settled it confidentially, and I suspect they settled the other 4 cases. Originally, I thought the insurance company was involved in the rewriting of the records, because they showed up and collected them. However, it turned out that wasn’t so.

Simon D. Murray, MD: Would that be a criminal offense too?

Glenn Bergenfield: Yes. That’s not my problem, but yes.

Glenn Bergenfield: It would also be a licensure issue. It’s pretty obvious. Anyway, you can’t do things like that.

Simon D. Murray, MD: Along those lines, can you tell me what features would make a medical malpractice case? What is necessary to bring a malpractice case in this state, or most states?

Simon D. Murray, MD: The duty is that person is your patient.

Simon D. Murray, MD: You have a relationship.

Simon D. Murray, MD: That’s excluded by the Good Samaritan law, though. I don’t think there’s any duty there, right? Or is there?

Glenn Bergenfield: Right. You’re let off the hook for being a Good Samaritan.

Glenn Bergenfield: A breach of duty.

Simon D. Murray, MD: A breach of duty that resulted in a harm that was significant.

Glenn Bergenfield: To make a worthwhile case, yes. It doesn’t have to be significant legally, but logically, yes.

Simon D. Murray, MD: Can the damages be just mental, or do they have to involve physical or fiduciary injury?

Glenn Bergenfield: For a good case, you need both. For a case, theoretically, as on a law school exam, you don’t need both. You just need some damage proximately caused by the breach of a duty.

Glenn Bergenfield: Yes. It’s not much of a case, though.

Glenn Bergenfield: It’s not going to be brought. The body, the system, and good fortune washes out most of those kinds of mistakes that we all make. If nothing serious happened, it’s not going to be a malpractice case. You need really big damages to justify the hard work and the plaintiff’s expense of a medical malpractice case. You need to realize that most of the cases are not going to get settled, and you’re going to have to prove it. You’re going to have to prove to the jury that this is a serious issue. We didn’t waste your time over itchiness. This is a permanent change in the life of the patient.

Simon D. Murray, MD: That’s why I was asking if there has to be a physical injury. She could claim, “I was so upset by that, and I couldn’t sleep for weeks.”

Glenn Bergenfield: Lost my psychic powers, as you were saying.

Simon D. Murray, MD: Yes. Would that count? You could attempt to do that, but you probably wouldn’t win.

Glenn Bergenfield: Right. On a law school exam, would it count? Yes. In this world, no. It wouldn’t count; you wouldn’t bring a case like that. No one would. 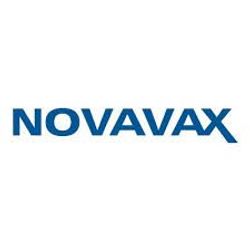