Simon D. Murray, MD: Welcome to this HCPLive® Peers & Perspective® presentation titled, “Issues and Trends in Medical Malpractice.” I’m Dr Simon Murray, an internist from Princeton, New Jersey. I’m joined today by Glenn Bergenfield, a civil trial attorney certified by the New Jersey Supreme Court. Only 5% of attorneys receive such designation. In the last 25 years, Glenn has concentrated his law practice on malpractice, principally legal malpractice, but he has a great deal of experience with medical malpractice. Many lawyers are reluctant to sue other attorneys, or at least admit they would do that, but Glenn obviously doesn’t share that bashfulness. The fact that he sues lawyers, I hope, will make him somewhat more likeable to our audience as well. Welcome, Glenn. Let’s begin.

Glenn Bergenfield: Thank you for having me.

Simon D. Murray, MD: Glenn, what is your experience with medical malpractice, and how does that differ from legal malpractice?

Glenn Bergenfield: I think the primary difference is that juries don’t like lawyers particularly, so those cases are won by plaintiffs pretty regularly. The cases are also a little more understandable to a jury than medical malpractice cases. Doctors win the overwhelming majority of cases that go to a jury trial in New Jersey, and lawyers lose the overwhelming majority. It may be because people don’t like lawyers and they like doctors. I think people want to think that their doctor is smart and honest and doing a good job. They’re not so sure about lawyers. That’s 1 difference.

One of the others, I think, is money. When you come into a lawyer’s office, they say, “OK, I can help you. I’ll take your case. Here’s how much it’s going to cost. If you don’t pay me, I can get rid of you.” If you look at a lawyer’s retainer agreement, it’s full of things about money—how you’ve got to pay, when you’re going to pay me, how much you’re going to pay me, and how much everything is going to cost—and the client’s on guard. By contrast, I think people come into the doctor’s office and the doctor says, “We could do this test,” and the patient doesn’t say, “How much does that cost?” When you take money out of the relationship, I think you have a more trusting, harmonious relationship.

Simon D. Murray, MD: Yes. Do you think perhaps arrogance has anything to do with it too? Lawyers don’t believe they’re capable of being sued, or they think they can get away with things?

Glenn Bergenfield: Not the lawyers I’ve sued, I don’t think. They know they can be sued. I think lawyers can be arrogant, certainly. You’re being trusted with intimate secrets that people tell you. I think that’s true of doctors, as well. There’s a lot of pride in accomplishment, and it’s a powerful position for someone to come in and say, “I’ve got this problem,” whether they’re saying it to a lawyer or a doctor. I think, in certain people, that breeds arrogance. Sure.

Glenn Bergenfield: They don’t think about it as much as doctors. In doctors, it’s very heightened, and I would say, almost a paranoia, at this point—institutional paranoia—whereas with lawyers, it’s not something that they’re thinking about all the time.

Simon D. Murray, MD: How are you viewed by your peers in the legal community?

Glenn Bergenfield: I didn’t ask most of them. I’m not sure. I hope they like me. I try. If a lawyer’s lying, I try to prove they’re a liar. Otherwise, I don’t. We all make mistakes, and we stand behind our work—doctors or lawyers. If it’s just a mistake, then a lawyer’s entitled to go to the jury and say, “The lawyer made a mistake here. He or she may not think so, but that’s what we think.” You don’t try to paint them to be a monster but as somebody who made a mistake.

Glenn Bergenfield: When I was younger, I would take a tremendous beating from the judges about suing lawyers. I think the judges were thinking, “First of all, I like lawyers. I’m like the best lawyer there is because I got to be a judge,” so that’s 1 problem. The second is that I think they thought, “I did things that like when I was a lawyer, and I don’t want to get sued for that.” They’re sympathetic to the lawyers. Now that I’m older, and older than a lot of the judges, I don’t get as much pushback in the cases. The judges generally handle them fairly.

Glenn Bergenfield: Right. You said that, so I’ll leave it there. That’s what’s been said, yes.

Simon D. Murray, MD: I don’t know how true that is. 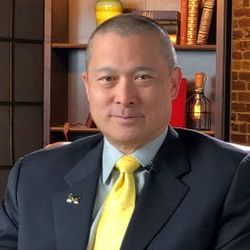 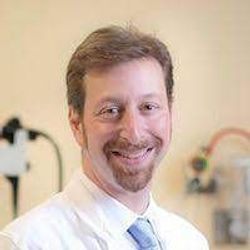