Advances in the Management of Atopic Dermatitis - Episode 14

Shared insight on the armamentarium of systemic agents available to treat atopic dermatitis.

Lawrence Eichenfield, MD: I want to take the next step of moving us over to systemic therapies. This is an area where we’re in this revolution of therapy. Our traditional systemic agents, methotrexate, cyclosporine, azathioprine, and mycophenolate, were variably used around the world and at different ages, with the United States using probably less traditional systemic therapy than, for instance, in Europe, because none were approved. In general, looking at datasets, people would use cyclosporine for rescue, and some patients would continue on it for a year. You’re not supposed to use it longer than a year, though I know people who were on it for multiple years. It clearly has an adverse effect profile, with an impact on kidneys and it being immunosuppressive. There’s some malignancy. It’s not like people ran to use it. It was used very little as you got to teens and younger.

Methotrexate remains a drug that some people like. We don’t have great data on the clear or almost clear EASI [Eczema Area and Severity Index]-75 rates. These drugs weren’t studied at the time when we had standard outcome measures, but it’s not as effective as our 1 approved biologic agent. Methotrexate is still used variably successfully.

We historically used azathioprine and mycophenolate in San Diego, but they’re pretty much historic agents for atopic dermatitis. The action it has in systemics, other than oral JAKs which we discussed in more detail, was changed with the introduction of dupilumab as the first biologic agent. Leon, do you want to make some comments about dupilumab?

Leon Kircik, MD: Sure. Going back to the systemic agents, you named it really well by calling them historic. They really are historic. I don’t remember the last time I used cyclosporine or methotrexate for a patient with atopic dermatitis. I still use mycophenolate a little. If they’re doing well, I keep it on. But dupilumab has revolutionized the treatment of atopic dermatitis. It gives us such an armamentarium that we never had before. It’s easy to use. We think about the biologics used in psoriasis. In this case, we don’t even have to do TB [tuberculosis] testing. It’s the first biologic that doesn’t require any monitoring. We don’t have to do TB testing. The safety profile is quite reassuring, and the efficacy is there.

However, there’s a big group going on about conjunctivitis. I’m concerned, but I can send them to the ophthalmologist upstairs or downstairs in my building, and that’s the end of it. That’s how I deal with it. It’s not something I’ve got to worry about whether it’s a lymphoma or leukemia. If worse comes to worst, they’re going to end up with a couple of eye drops and they’ll be OK. What concerns me, and is maybe more of an intellectual curiosity, is that I don’t know what’s causing it. That bothers me. And nobody has an answer for why we get this conjunctivitis with these drops. We don’t know.

The other thing that can happen that Peter brought up earlier is head and neck dermatitis. It’s a real issue. It’s happening. I see it. But there are ways to deal with it. It’s not the end of the world. The good that they get with this drug is so much better than the bad or negative noise that we get. In my mind, it changed the whole treatment paradigm of atopic dermatitis. I’m so happy that we’re getting more and more other biologics similar to this profile, efficacy and safety, and we can have more options.

Lawrence Eichenfield, MD: I’ll mention specifically, we had our experience where dupilumab was first approved in adults, then it was approved down to age 12, and then subsequently down to age 6, and then it’s being studied down to under a year of life. But I have to say that especially the expansion of age down to 6 has been very eye-opening and helped to change the field. Primary care pediatricians started to get a sense of the power of the medicine in changing the lives of individuals. I always consider myself aggressive in treating, but it’s different in terms of how much change can be mediated when we have more severe younger patients. The safety profile hasn’t expanded, meaning that the label hasn’t changed, which is great, and there’s still no need for blood monitoring. Nothing has come up in terms of other specific concerns so we’ll have to say it’s not immunosuppressive.

But also one of the takeaways of dupilumab, especially in pediatrics, is that it’s helped to change the messaging. It’s not about flare control and increasing the time between flares. It’s about long-term disease control, and that punch line is what I’m going for, whether it’s for patients who go into the topical bucket or the systemic bucket.

Leon Kircik, MD: But also, Larry, I have to say one thing. Having a first biologic for atopic dermatitis, it gives credibility to the disease that it should be treated. As Lisa brought up in the beginning, people would say, “Here’s a jar of Vaseline. Smear it, and you’re going to grow out of it.” Now we actually have a drug, a biologic, that gives the credibility to the disease of atopic dermatitis that it should be taken seriously and treated seriously.

Elizabeth Swanson, MD: The other thing I’ll chime in on is, it’ll be years before we know if it could potentially have this impact, but as the label for dupilumab expands younger, I hear the next stop is 6 months, and we’re potentially treating these patients with bad atopic dermatitis at a younger age. Will we be able to impact change on the atopic march knowing now that food allergy likely stems from the atopic dermatitis? If we’re able to treat these patients at a young age, can we prevent things like food allergy? Can we even prevent things like asthma over time if we stop it in its tracks?

Leon Kircik, MD: That goes back to the old pimecrolimus study, right?

Lawrence Eichenfield, MD: The question of, “Can you change the course?” Why don’t we end with that question? Although you specifically asked for the younger kids, all across the ages, Raj, do you think that evolving therapies are going to change our patient outcomes?

Raj Chovatiya, MD, PhD: On the surface, we all agree with that. That’s a pretty obvious answer, but I there are definitely going to be challenges along the way, even though we’re going to have a lot of new great choices. There are going to be changes that have to happen on multiple levels, right? Let’s talk about the insurance companies, payers, the thoughts of this idea of step therapy, getting these actual medications approved for our patients who really need them instead of having to jump through hoops for those people who have a heavy burden of disease. That’s one area that’s still going to have to get addressed, even when we have a lot of great options. From the physician’s standpoint, for the first time in a long time, the toolbox has expanded. Everyone is going to need to know how to talk intelligently about these treatments and really understand the differences in efficacy and safety so you can have an educated discussion with your patients and answer the questions.

Education on the standpoint of the patient itself is going to have to be really important. Just like we were talking about with disease state awareness itself, people are understanding that this isn’t just a rash that comes in childhood and flexures that go away and then you’re done in adulthood. It’s much more complicated than that. Getting uptake of a lot of great therapy and implementing it into practice is definitely going to change the natural course of the disease, but it’s going to take efforts in multiple areas.

Lawrence Eichenfield, MD: Thank you for watching this HCPLive® Peer Exchange. If you enjoyed the content, please subscribe to the e-newsletters to receive upcoming Peer Exchanges and other great content in your inbox. Thank you. 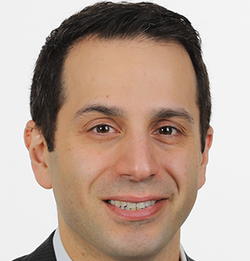 When to Change Therapy for Atopic Dermatitis
x