Peter L. Salgo, MD: What comes up next is if it’s a medical disease and there’s medication to treat it—both of which are true—but you require volition daily or even several times a day to treat it. Isn’t that a problem? I’m talking about oral therapy. If somebody has to take pills, they’ve got to want to do it and they’ve got to do it.

John M. Kane, MD: That’s right. When you asked about the challenges, we talked about early identification and engagement. Once you engage someone in treatment, they have to be willing to accept the treatment. Initially sometimes people are hospitalized against their will because they don’t see the need for treatment. We have laws that allow commitment, and that can be a horrible experience. In my opinion, 1 of the key things in the long-term treatment of schizophrenia is to avoid those situations where someone is brought to an emergency department and hospitalized against their will. That’s where the prevention of relapse becomes so important.

But regarding the question that you asked about volition, yes, we are up against a challenge when people don’t acknowledge or recognize that they have an illness. What we try to do is we try to work with them around the goals they do have. We don’t necessarily want to get into an argument with someone about do you or don’t you have this diagnosis. But what do you want to do? What do you want to succeed in? Do you want to get a job? Do you want to go back to school? How can we help you do that? That’s a way to help people accept treatment when it’s a goal they’re interested in.

Peter L. Salgo, MD: My admiration for you is tremendous because, and I know that this is a horribly inexact analogy, you’re talking to the software when the software is damaged.

John M. Kane, MD: That’s right. But this is where the art comes in. You’re absolutely right.

John M. Kane, MD: It’s a challenge, but the clinician has to be patient, persistent, and also passionate about what we need to do, and that can be communicated to the patient. I personally believe that the first things we have to discuss with the patient are what’s the nature of the illness, what are the treatments available to you, and what do we recommend. We’re going to go through a process of shared decision making. We’d like the person to agree, but as you said, there’s not going to be agreement in some cases. But we hope that we can engage the person in that conversation and gradually bring them around to the fact that treatment is valuable. Then they can begin to see that with treatment, they actually feel better, they’re functioning better, their relationships are better, and they’re able to go back to school or work. Things like that. Then the trick becomes how we sustain that.

Peter L. Salgo, MD: What is the longest-acting oral formulation antipsychotic on the market now?

John M. Kane, MD: The longest-acting orals have maybe a half-life of 70 hours or so. They generally need to be taken daily, and as you said before, that’s a potential problem. This is because if I have to make a decision every single day to take medicine, that’s very different from making a decision once a month or once every other month. But we also have to acknowledge that difficulty in taking medicine is present in every chronic illness. People sometimes think, “Well, it’s the mentally ill people who have trouble taking their medication.” No, as you well know, it’s people with diabetes, hypertension, epilepsy—you name it.

Peter L. Salgo, MD: There’s a famous study that gave placebos to medical students and said, “We want you to simply take 1 a day for a year.” At the end of the year, they counted the leftover pills, which were approximately 100 on average. They missed a third of their doses.

John M. Kane, MD: Yeah, absolutely. I was talking to a colleague who does organ transplants the other day. I was shocked when he told me that even his patients who need to take medicine to prevent an organ rejection sometimes have difficulty adhering.

Peter L. Salgo, MD: We see this. I deal in a transplant unit, and we see it too.

John M. Kane, MD: Yeah. It’s human nature. I think 1 of our challenges is to destigmatize nonadherence. If you have trouble taking your medicine, that doesn’t mean you’re a bad person or a bad patient. It’s just human nature.

John M. Kane, MD: Well, that too, yes. We have both, and we have to help people overcome the stigma of taking the medicine. We have to help them overcome the stigma of nonadherence, and we have to be able to communicate that it’s human nature to have trouble taking your medicine. You need to take medicine, but so do people who have diabetes, hypertension, and so forth. So we have to engage the person in a discussion and understanding of what it means to have an illness. No one wants to have an illness, and these are illnesses that fortunately we do have treatments for. However, we can’t cure them, and the treatments do need to be taken on a sustained basis. Otherwise the person runs the risk of getting sick again, and that’s what we want to avoid. 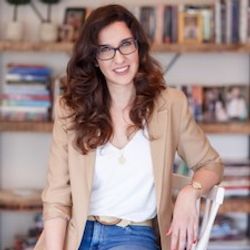