Miguel Regueiro, MD: Hello, and welcome to this HCPLive® Peer Exchange titled “New Mechanisms of Action in the Treatment of Moderate-to-Severe Ulcerative Colitis.” I’m Dr Miguel Regueiro, and I’m the chair of the Digestive Disease and Surgery Institute at Cleveland Clinic in Cleveland, Ohio. Joining me in this discussion are 3 of my colleagues and friends. Would you each please introduce yourself? Dr David Hudesman?

Miguel Regueiro, MD: Welcome all 3 of you. Thank you for joining me. We’re going to discuss the changing treatment landscape of ulcerative colitis, the efficacy and safety data of recently approved treatments, and how drugs work. New mechanisms of action are likely to influence the sequencing of therapies and the managements of our patients with IBD. I look forward to hearing from all of you on how you position these treatments in your own practices. Let’s get started with our first topic. In this first segment, we’re going to review the overview of ulcerative colitis. Dave, let me start with you, tell us briefly, what’s the prevalence of IBD in the United States?

David P. Hudesman, MD: About 1.6 million Americans have Crohn disease or ulcerative colitis, and it’s a relatively even split. What’s interesting is that we’re seeing the incidence and prevalence rates rising not only in the United States but in places we haven’t seen it, like South America and Asia. Originally we’d say Ashkenazi Jews, of European descent, had the higher prevalence, and we’d see a patient have a higher suspicion. But now if anybody comes in with certain symptoms, we should consider Crohn or ulcerative colitis in the differential diagnosis.

Miguel Regueiro, MD: We’ll get into the symptoms, but before I leave you, Dave, the common questions that are asked by our patients are: why did I get this? What causes this? What’s our understanding of the cause of both Crohn and ulcerative colitis?

David P. Hudesman, MD: I explain this to patients by saying that everybody has a genetic predisposition. But with our genome-wide association studies, they found well over 200 genes to date associated with it, so it’s not something as if a parent has it, then it’s a 50-50 shot. The majority of my patients don’t have a family history of Crohn or ulcerative colitis. They might have other autoimmune diseases in the family.

The next thing you need is a trigger in the environment. The way I explain it is that we have trillions of gut bacteria, and they could change based on diet, medication, lifestyle, and antibiotics. When there’s this change in gut bacteria because of the genetics, you have this abnormal immune response. The common example I give is, if they’re out to dinner and everybody eats something bad, and they have a stomach bug, everybody gets better but that 1 patient.

Miguel Regueiro, MD: Marla, you’ve also looked at this, and you take care of kids. What do you tell the parents or the child you’re seeing who comes in with IBD? It sounds as if, from what David said, it’s a combination of genetics—but not in everybody—and then this environment immune interaction. Do you have anything you want to add?

Marla Dubinsky, MD: What Dave is saying is also true, because in identical twins it’s 50-50; it’s not 100%. What Dave is saying is that there’s a genetic predisposition. We see it with generations of families—for example when there’s a sibling. Every parent wants to ask me, if there are siblings, what they need to watch for. I tell them in the last 2-plus decades, I’ve had a handful of 2 siblings in the same family, except for the Ashkenazi Jewish population, particularly the Orthodox Jewish community. Ellen, Dave, and I are very familiar with this population. They can have 4 siblings who are positive for IBD but also multiple generations. That’s a very different conversation based on higher genetic risk genes potentially. It’s uncommon to have multiple family members outside these very high genetic risk families.

Miguel Regueiro, MD: The only thing I’ll add to that is that I’ve been involved in some of the early GWAS [genome-wide association] studies looking at genetics, and it’s about 5% to 20%. That’s a big range. Probably more in Crohn genetic in that range, less in ulcerative colitis is associated with genetics. It’s the environment, as you both are saying. 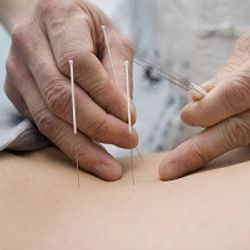 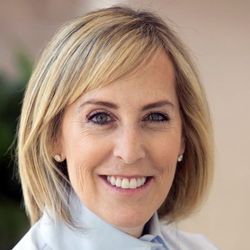 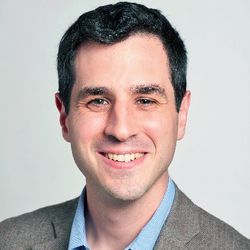