Manesh Patel, MD: Let’s discuss treatment options. We’ve talked a lot about how we think about our patients with PAD [peripheral artery disease], how many there are; now let’s discuss treatment options for them. I’ll start with categorizing our patients with PAD in general. It’s a huge oversimplification, but there are 3 big buckets. One is the patient with peripheral vascular disease who is not that symptomatic, I’ll call them asymptomatic to some mild symptoms. Second are the very symptomatic patients with claudication, or a patient who’s functionally limited. I use the word claudication less these days, I just say they can’t walk that far, which happens because you have heart failure, you have PAD, you have chest pain. There are many things that don’t let you walk far, sometimes it’s sciatica or other things, but patients with PAD who can’t walk far have claudication. And third, what I call threatened limbs, CLTI [chronic limb-threatening ischemia], or critically threatened limbs or ischemic limbs. Those are what I call the 3 big buckets. Let’s start with the patients who have symptoms. Larry, you gave a wonderful talk at the symposium here about heart failure and all the options we have now. That is starting to happen in PAD and is great, but how do we get it to our patients? How do we get all the things, which include diet, exercise, and then the medications, to our patients? Chris, then I’ll come to you in a second about rehab and some of those things.

Larry Allen, MD: There’s not a simple solution. This concept of multimorbidity with polypharmacy, as well as social factors and levels of patient engagement, activation, all overlays what’s happening with patients. There are some main points to consider, one is that engaging patients in the process is important. Many patients feel excluded and distrustful of what’s going on in medicine, and one way to counter that is to involve them in discussions and decision-making. Help them decide among the many options that are available to them, what are the things that are aligned with their values, goals, preferences, and lifestyle. Start there, and once you get some wins, they can build on those wins. For a patient who has never exercised and is skeptical about it, that may not be the right place to start, but for other patients it could be if they’re adverse to medications and believe in a healthy lifestyle. That’s a key to this.

The second is that there are therapies that provide greater value for a variety of reasons. One is that generic drugs are a little cheaper, and some drugs are easier to take. Chris mentioned SGLT2 inhibitors, which have a very favorable adverse effect profile, once a day dosing. There are also drugs that give you value because they hit a couple of different things. For a patient who has diabetes, heart failure, kidney disease, and now PAD, some of the diabetes drugs, or an SGLT2 inhibitor, will hit multiple categories at once. Oral anticoagulation sometimes does the same. You talk about PAD, AF [atrial fibrillation], patients with heart failure, high risk for thrombosis, and suddenly that is a drug that has potentially quite a bit of value; the same thing goes for patients with hypertension and kidney disease. For patients with multimorbidity, there are many treatment options out there, but there are a few within that group that give you a lot of bang for your buck, can be relatively cheap, and you can start with a smaller number but make a big difference.

Manesh Patel, MD: I like that concept, it’s like phenotypes or avatars of drugs that are going to work for certain types of groups or comorbidity profiles. Larry mentioned it’s always tough when the patient is in the office, they’re having leg pain, and I have to tell them they must walk more because that’s going to get more blood flow, although many do embrace it. As we’ve heard at this conference, the first part of that visit is listening to their beliefs, hearing and understanding what they want. At least 2 of the things I hear a lot in my clinic when I have patients with PAD is, “Will I lose my limb?” There’s a fear of limb loss and the leg pan. It’s an interesting concern, even in patients with mild claudication. There’s a fear of limb loss, and then there’s a loss of functionality. What do we learn from cardiac rehab to PAD rehab? We’ve done rehab studies with heart failure, and we’ve done exercise claudication studies with PAD, and I think those things help us. Can you think about how you would risk stratify those patients, as rehab is just one of many therapies? It’s supervised exercise, I’ll use the term correctly, but we want them to exercise even if it’s not supervised. We may not have as great a benefit as Mary McDermott, [MD,] and others have shown.

Christopher Granger, MD: It’s foundational in terms of an opportunity, but it’s extraordinarily difficult to help people motivate themselves to change their lifestyle and incorporate regular exercise into their day. It’s something where we need to work with each patient. First, it must be something that they either enjoy doing, or at least isn’t torture for them, otherwise they won’t do it. To the extent that it can be combined with social activities that they enjoy, interacting with the physical therapist or the nurses, often that’s a great way to do it. For example, getting a dog, there are all these tricks, or different times of the day because toward the end of the day many people deprioritize that kind of thing. There are many ways that one can help motivate, but we need to figure out how to better do this. It’s also part of the disparities issue. Salim Yusuf, [MD,] and others have talked about this on a global scale. It used to be if you lived in the countryside and were poor, you got more exercise. You were out in the fields and you had to walk rather than use public transportation. Now it’s the opposite, including in the United States, if you’re poor, there’s less opportunity for you to get out there and be active. These are important issues.

Amr Abbas, MD: In the last 10 years, Medicare has approved supervised structural training, and in patients who don’t have threatened limbs, whether a critical or an acute limb, I start with referring them to vascular rehab. You’re right, not everybody enjoys it, but when they go, they want to keep going because they note an improvement. The more you walk, the more you will walk, and that makes a big difference. Patients with PAD, I don’t know if it’s the same experience with you, Manesh, but they are very grateful. Their quality of life has diminished, and as much as we can talk about outcomes, which is important of course, they’re very grateful after you revascularize them in the appropriate setting. Their whole life has changed, and they can return to the activities that they do. 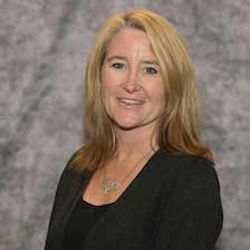 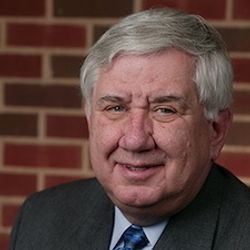