Advances in the Management of ADHD in Adult Population - Episode 11

Safety and Efficacy of Medications for ADHD Management

Dr David W. Goodman reviews the efficacy and tolerability of different classes of medications for the management of ADHD.

Theresa R. Cerulli, MD: I’d like to shift to the science. David, this is a big ask, but can you walk us through the efficacy and safety of each class of medications, particularly some of the benefits to different formulations such as short-acting vs long-acting delayed vs immediate release?

David W. Goodman, MD: Sure, Teresa. Can you go to my 100-slide deck so I can do a PowerPoint presentation in the next 4 hours?

Theresa R. Cerulli, MD: I said it was a big ask, David, but I knew you could handle it in a 2-sentence summary.

David W. Goodman, MD: I started talking earlier about the different compounds and how to sort through that. There’s a paper that supports that. If you have someone on methylphenidate and their symptoms are not responding, then the paper—Paul Hodgkins is the author, and it’s within the last few years—suggests that if the patient doesn’t respond to 1 compound, you change the compound. If the patient is responding in a compound and the adverse effects are problematic, then you change the delivery system. That’s 1 way to think through how you go back and forth on these medications, whether you use short-acting intermediate or long-acting. You want to get it to last as long during the day, and I ask my patients when they notice it dropping off.

Typically they say they notice it dropping off because they lose their energy. But then I ask if they can sit down and read a book an hour later, and they’ll say they can sustain their attention. There’s a difference between losing energy because the medicine is wearing off vs the declining cognitive ability. Knowing when the patient takes the medicine in the morning and when it wears off allows you to tailor it to last as long as they want. For those taking it, I don’t say, “Do you take it every day?” They would say, “Yes, doctor” because they want me to like them. I say, “What time in the morning do you take the medicine?” because I want to see if there’s consistency. Then I say, “With the second dose you take in the afternoon, how many days a week do you take it?” That will give you an idea of the adherence, but it will also give you an idea of the stockpiling of medication in the medicine cabinet. With that, you can figure out whether those extra pills are going to find themselves into the mouths of other people or whether they’re going to get diverted or stockpiled.

Coming back to the intermediate and the long-acting, all the guidelines internationally talk about using first-line, first-choice, long-acting stimulant medications. This idea of starting medication as short-acting and then titrating to long-acting has been dismissed by most people operating in this area. That’s what you do. In regard to adverse effects, we can talk about the sensitivity of children over adults. One thing I might mention is adults who were on medication when they were children. They say, “I never want to be on Ritalin again because it muted me, I couldn’t sleep, and I lost my appetite.” That will give you a strong indication. They’re not going to take a methylphenidate compound, so having that conversation is probably not fruitful. Just go to an amphetamine.

On the other side, the Samuel Cortese paper did a meta-analysis and found that for children in adolescence, methylphenidate is probably a better choice for efficacy and tolerability, while amphetamines are a better choice for adults based on efficacy and tolerability. Those are the guidelines and the literature as they exist at this point in time. But clinicians know you have patients who aren’t reflected by the research, and you have to learn as you go with some guidelines. Hopefully from the experts on this panel, the viewers take some of this information and use it.

Theresa R. Cerulli, MD: Can you add more about the nonstimulants, David? We’ve talked more about stimulants. Perhaps we haven’t talked much about nonstimulants because we don’t have many treatment options. We’d love to hear your thoughts.

David W. Goodman, MD: Nonstimulants have gotten a bad name over time. There was a little too much promise and a little less realized by clinicians, and they moved him to the side. There was an interesting paper by Jeff Newcorn in 2008 looking at atomoxetine and OROS [osmotic-release oral system] methylphenidate in children ages 6 to 16. They did this crossover study. The point was that the myth had been that if you didn’t respond to stimulant medications, then nonstimulants were useless. That’s not the case. There’s an important place for nonstimulant medications in ADHD [attention-deficit/hyperactivity disorder] for patients who can’t tolerate stimulants, aren’t responding to stimulants, or have residual symptoms because there are trials with atomoxetine looking at executive function and social anxiety that improved with the addition of it.

It’s not binary; it’s not stimulants or nonstimulants. In fact, you may choose to have a patient on both depending on the response to the individual treatments. My colleagues have done a lot of this work, and Greg has been involved in a lot of research. They could add a boatload of information on this.

Theresa R. Cerulli, MD: Whether we’re talking about stimulants or nonstimulants, are there any strategies you’d suggest with regard to titration and optimizing dose? When do you switch a medication vs reduce the dose when you’re looking at adverse events?

David W. Goodman, MD: Atomoxetine is interesting because you have to write the prescription in a way that’s cost-effective for the patient. I tend to write atomoxetine at 25 mg and dose them up in 25-mg increments because I can write 1 prescription. Get them up to 75 mg within a week and a half if I do it judiciously. Viloxazine is approved for children and adolescents but not approved for adults, although the adult trial manuscript is in peer review, and the data were presented in a poster session.

If you move to the nonstimulants and include alpha-2 agents guanfacine and clonidine, then you can use them accordingly. Just watch for blood pressure. It’s interesting that in the United States, the max dose on guanfacine is less than the max dose in Europe. The other element of that is max doses and PIs [proteasome inhibitors] are not a reflection of safety. They’re a reflection of the clinical trials submitted, so clinicians should be very aware that the max dose doesn’t mean you can’t go beyond that. It means you’re prescribing off-label and you have some literature to support why you’re doing them. But my colleagues are also founts of knowledge. Can they weigh in on some of this?

As David said, the guidelines firmly recommend long-acting once-daily stimulants whenever possible. Avoid the short-acting stimulant trap for your adults whenever possible. What the world needs, and David mentioned it, is more effective and faster-acting nonstimulant options. If you ask clinicians what they wish they had for ADHD, they don’t say another amphetamine or methylphenidate. They say, “I need a nonstimulant that works.” Atomoxetine is the only FDA-approved medicine for adults. It’s got a long time to titrate the dose, so it takes a long time to get to the right dose. For many of us, the efficacy hasn’t been what we had hoped for. There are several nonstimulants in development, 1 of which is approved for children, viloxazine, which has adult data that’s positive sitting in front of the FDA.

We anticipate a response from the FDA, probably in April, when we may have another nonstimulant approved. There are a couple of other nonstimulants in development, including centanafadine. With viloxazine, a few things make us hopeful about its use for adult ADHD. First, in the pediatric data we saw that response was starting to improve within the first week or 2. We also saw that with long-term use of viloxazine, we didn’t get a little ADHD symptom improvement. We improved their symptoms so they were minimal or less on average. There’s a 26-point drop on the ADHD, which is a dramatic improvement for those children who stayed on viloxazine over a year. Having participated in both the pediatric and the adult trials, I think the adult data feel very similar. If you look to what has come out in posters, the adult response data with long-term consistent use look like fairly significant improvement in ADHD symptoms. This may be a treatment option soon when it comes to adult ADHD. 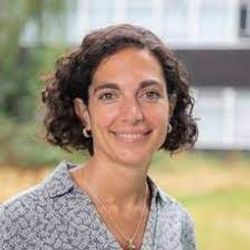