Advances in the Management of ADHD in Adult Population - Episode 14

Using Viloxazine in Clinical Practice for the Management of ADHD

Key opinion leaders in the management of ADHD comment on where they anticipate using viloxazine and other nonstimulants in the ADHD treatment landscape.

Greg Mattingly, MD: I’ve heard Rakesh and maybe this is a place for you to jump in but you’ve talked a lot about the many faces of ADHD [attention deficit hyperactivity disorder]. We have 18 symptoms that kind of co-aggregate with each other. They can have very different presentations. Somebody who’s really hyperactive, somebody who’s very frustrated, somebody who’s impulsive, somebody has a lot of executive function cognitive difficulties. But then the multitude of other presentations: the anxious patient with ADHD, the overwhelmed patient, the depressed, the irritable. Why don’t you talk to us about where you think about some of these newer treatment options and where they may fit and that multitude of patients we take care of?

Rakesh Jain, MD, MPH: Well said, Greg and David. Thank you for reminding all of us that heterogeneity is ADHD’s middle name. It’s its calling card. If you’ve seen 1 person with ADHD, you’ve seen 1 person with ADHD. And Greg, you’re right. When you look at the constellation of possibilities of symptoms and comorbidities that can come together, it’s in the thousands. There are so many different presentations and that’s why I very loudly resonate with you David that thinking about ADHD as a dopaminergic-only disorder is fraught with difficulty and fraught with challenges. And viloxazine [Qelbree] really sets us on the right path, which is think about the patient’s individual needs and you go beyond that. So let’s look into the issue of nonpharmacologic treatment options a bit, Teresa. That’s the question you had asked.

I do think we need to appreciate that the complexity of ADHD and the heterogeneity requires broader thinking. But even amongst non-stimulants, even though we call them 1 category, there is reason to divide and conquer. There’s a reason to think about. Thank you, Birgit, for reminding us alpha-2 still matters. They might be off-label, but they still matter. Atomoxetine [Strattera]—thank you David for reminding us that even though we did run into some headwinds with it—there’s a definitive place for it. There really is. And the same, thank you, Greg, for reminding us of the data set we have. Off-label, I’ve already started using viloxazine in my adult patients, both monotherapy and combination therapy. That heterogeneity of the disorder requires me to go after it with a wide variety of treatments and I do think we should be reminded that our non-stimulant treatment options are actually fairly different from each other. So we can divide and conquer to serve our patients better.

Theresa R. Cerulli, MD: I so agree with you, Rakesh, and it’s hard for me to even lump them into 1 category namely non-stimulant as a category because they are so different from 1 another. Even though most of my time is spent as a practicing clinician, I do still teach with the residents at Harvard Longwood. But, most of the time, I’m practicing clinically. I like to think about how each of the prescriptions I’m writing is having its effects in the brain so that I can best understand where to go next in my treatment options if what I’m doing is working or not working and perhaps why it’s working or not working.

So, thinking about what you just described, Greg, with the viloxazine multimodal mechanism of action, elevating serotonin, dopamine, and norepinephrine. And my understanding is all 3 of those are going up in the prefrontal cortex. It’s become a fast and velocity has become a fascinating choice for me as a neuropsychiatrist in treating when I’ve got combinations of cognitive and emotional disorders rather than just diagnostic categories remembering how complicated ADHD is when you’re talking about ADHD plus comorbidities and treating both. And then add to that, with viloxazine, what I found very interesting was the data originally in the IR [immediate-release] form of viloxazine, remembering that in the U.S., the viloxazine has been studied in its extended-release preparation once a day dosing. Remembering that its original version was a short-acting IR form available in Europe as an antidepressant. At first, when I think about where this may fit in in my practice, I’m taking all of those things into consideration with regard to its history and its science. And I’m curious, Dr Amann, I know you spend a lot of time practicing clinically as well. Based on the data, where do you see the viloxazine fitting into your practice?

Birgit H. Amann, MD: Well, the viloxazine has already fit into my practice in a big way since it came out. I was very excited to begin to utilize it and I’ve really seen a lot of benefit from it. I’ll just say, first and foremost in general, and obviously at first, looking at it for my ADHD patients who may have only had ADHD but not uncommonly might have been on another agent for depression or anxiety. What I really liked about it is that I see that 1 to 2 week-onset, but I like to utilize the starter kits to really help me to navigate getting them to the proper dose. We have the sample bottles as you all know that we can utilize, so what I will do is I will give them 2 or sometimes 3 weeks’ worth, sometimes I write down the kits so that I can do maybe 2 weeks of 1 dose and then go up. And then I don’t send the script until I hear from the patient. In this case, maybe the parent of the child or adolescent 2 maybe 3 days before they are due for the prescription give me some feedback on how the medication is working and how well they are tolerating it and then I go ahead and send the prescription for the next dose.

I, too, as 1 of my colleagues said have patients who are on viloxazine along with a stimulant in some cases, so thus far it has been a welcome addition. I don’t expect anything different when hopefully it gets an adult indication. I too have used it in adults sometimes by sampling them because there are some challenges if it’s not adult-approved. But when you talk about its use for patients that are comorbid with mood disorders, I mean it’s intriguing to me. I can’t say that I have yet reduced antidepressant dose because addition of viloxazine seems to have improved enough mood wise but that might be a to be continued story.

Advances in the Management of ADHD in Adult PopulationPsychiatry 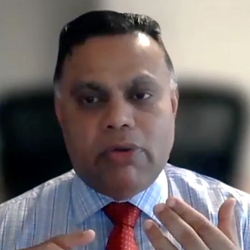