The Cost and Safety of Gene Therapy in Beta-Thalassemia

Maria Domenica-Cappellini, MD: I want to comment on the selection of patients for gene therapy. So far, the European Medicines Agency, which approved the gene therapy, has been approved as a normal drug. They actually point out that if a patient has a donor for the bone marrow transplantation, he has to go through bone marrow transplantation first, probably because of the cost and because of safety. How much does bone marrow cost? Nowadays it is a really very feasible procedure everywhere, and I have to tell you that in developing countries, there are few centers that perform bone marrow transplantation for $5000 or something like that. That is quite feasible. Gene therapy is being registered in Europe. It is on the way for €1.8 million, for each gene therapy. I don’t know about what the cost will be for luspatercept. It will not be cheap, of course. And the difference between gene therapy and the pharmacologic treatment is that pharmacologic treatment in any case probably goes on for life. If you cure a patient with gene therapy, that is a shot and that’s done.

Thomas D. Coates, MD: Well, right now it’s very new, and a lot of this stuff remains to be worked out and how the logistics of this are going to work.

Maria Domenica-Cappellini, MD: I don’t think gene therapy will be performed as bone marrow transplantation in any bone marrow transplant center because it requires a special environment. Also, what I personally believe is what will be very important is 3 connections. We mentioned also during the session, the treating physician who took care of the patients and those colleagues who performed the transplant. Because actually this is sanctioned to have a good outcome. And taking that into account, children are the best candidates.

Thomas D. Coates, MD: You have to select who the right patients are.

Maria Domenica-Cappellini, MD: It would be essential.

Thomas D. Coates, MD: One of the other points, as I mentioned, is that the outcome is really very good, close to that of siblings. I don’t want to get in to this big discussion, but you could discuss it. In Europe, they said if you have a donor, then you don’t go to gene therapy. I think there is some discussion about which way to go, especially if in unrelated donor transplant, the outcomes were so good. Now, you can’t always find an unrelated donor, which is also an issue. I think the key thing for gene therapy—in my opinion, the best indication—is if you can’t find a donor, either sibling or unrelated, that’s good. We won’t do an unrelated donor transplant that isn’t at least 10 of 10 match. If you have an 8 or 9 of 10, then we don’t do that because we think the risk is too high.

Farzana Sayani, MD: Probably older as well. They didn’t have a sibling match, and they’re older, because you don’t want to be doing bone marrow transplants when they’re old because of that increased risk.

Thomas D. Coates, MD: We haven’t done enough gene therapy yet. But there is probably, I would say, not much difference between unmatched, unrelated, and gene therapy. Some.

Maria Domenica-Cappellini, MD: Technically speaking, I don’t really see a huge difference between the 2. But as Sujit said, we don’t have much experience on gene therapy. I think the first patient on gene therapy is more than 5 years. But that was a unique case, and now he’s 2 or 3 years.

Sujit Sheth, MD: I think the difference, when you’re comparing the 2, between autologous and allogeneic, is the graft-vs-host disease, the rejection risk, and the immunosuppression risk.

Sujit Sheth, MD: That favors gene therapy, yes. What we don’t know about gene therapy is long-term outcomes and durability.

Peter L. Salgo, MD: Because we just aren’t there yet.

Sujit Sheth, MD: Right. Otherwise, the conditioning is pretty much the same. We get myeloablative conditioning for both of them. Though there are some nonmyeloablative approaches in the allogeneic stem cell transplant world, not the best results so far. But people are trying to reduce the intensity of the chemotherapy so that maybe you could be fertile after that. Maybe you have fewer complications related to the chemotherapy. A lot of the worry about a secondary malignancy after chemotherapy is also dose dependent. Sometimes, if you can reduce the dose, maybe you have a lower chance of getting a secondary malignancy as well. There are a lot of moving parts on both sides, I think, at this point.

Maria Domenica-Cappellini, MD: There is still a restriction.

Final Thoughts on the Treatment of Beta-Thalassemia

Pipeline Agents for the Treatment of Beta-Thalassemia 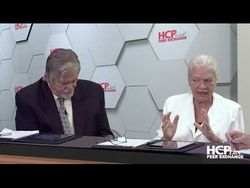 The Process for Gene Therapy in Beta-Thalassemia
x