Use of Peripherally Acting mu-Opioid Receptor Antagonists in OIC

David Wang, MD: Let’s talk about the 3 peripherally acting mu-opioid receptor antagonist [PAMORA] agents currently on the market: methylnaltrexone has been around the longest; naloxegol, which is Movantik, was approved in 2014; and most recently, naldemedine was approved in 2017. Jeff, walk us through a little about naldemedine and the trial data for that.

The outcomes they looked at, not only for the naldemedine trials but for all the trials, were very similar. They were 3 or more spontaneous bowel movements. They involved looking at straining and all the things that we discussed that are part of the Rome IV criteria for functional gastrointestinal disorders. The Food and Drug Administration, of course, looks at this when you want to bring these drugs to the market; these were the most reasonable things to look for. They look at the outcomes. All 3 of these drugs work very well. They all work similarly well, but there are differences among the 3.

David Wang, MD: Brett, tell me a little about your experience with naloxegol.

Problematic, it worked, did its job, and again how brilliant that is, that the chemist created a product that can do what it does, but it’s metabolized by the cytochrome P450 CYP pathway. We know we have significant drug-drug interactions potentially with that. We know a lot of patients take a lot of medications that potentially coexist among the few CYP pathways. Nonetheless, we have that issue there.

Jeffrey Fudin, BS, PharmD, DAIPM, FCCP, FASHP, FFSMB: Yes, when the FDA changed the labeling, the idea was to not preclude patients who have chronic pain and had cancer, as long as they’re stable. When you do these studies, the studies were not done in patients with cancer, and the reason for that is because there would be fluctuation in an opioid dose. The FDA changed the labeling to include patients who have had cancer but are stable now. When you think about how many more cancer survivors there are now, that makes a lot of sense. If patients have ongoing pain, even after a cure, because of the chemotherapy itself, because of the disease, because of surgery, or because of combination of any 1 or more of those 3.

I also would like to talk about something you brought up, which was the CYP metabolism. That’s important in distinguishing among the 3 different PAMORAs. If we go through them starting with naloxegol, naloxegol is metabolized by cytochrome P450 3A CYP3A4; it’s a substrate. It also depends on P-glycoprotein for absorption. There are potential drug interactions. If you take another drug that induces CYP3A4, then the area under the curve goes down.

If you give an inhibitor, and then the area under the curve goes up, and because of that reason, the package insert for naloxegol states that they’re on a strong inhibitor that is contraindicated. With a moderate inhibitor, you can adjust the dose down from 25 mg to 12½ mg. If we’re talking about naldemedine, which is also 3A4 and P-glycoprotein substrate. The package insert does not require an adjustment; it’s just a warning.

Then we have methylnaltrexone. Methylnaltrexone is different from the other 2 because methylnaltrexone depends on cytochrome P450 2D6 CYP2D6 as a substrate. As far as I know, there’s no evidence to suggest that it relies on P-glycoprotein. It’s also a weak inhibitor of 2D6. The studies that have been done have shown no influence on the area under the curve with methylnaltrexone with regard to lowering or raising the levels. Therefore, there’s nothing in the package insert about dosing adjustments, with 1 exception. That is, if you take a fluid that’s a highly fatty fluid, then it can decrease the absorption by 50%, all right? Because of that the suggestion, you take it a half hour before meals.

One thing that always intrigued me is that I’m not sure what happens with the area under the curve. If we’re talking about their activity on receptors in the gut, and the serum levels go up or down, I can’t reconcile in my mind if that will be better or worse. If there’s more drug in the gut, would that be helpful? I don’t know. I don’t know the answer to that question, it’s not been studied. 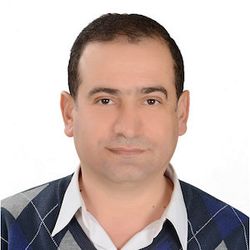