What is a Pharmacist's Role in Identifying & Managing OIC?

David Wang, MD: Jeff, pharmacists play such an important role in making sure that we’re accountable for not just what we prescribe but the adverse effects of what we prescribe. What would you say for all the providers in the community out there? What would be a pharmacist’s leadership role in addressing opioid-induced constipation, or OIC?

Jeffrey Fudin, BS, PharmD, DAIPM, FCCP, FASHP, FFSMB: That’s a great question and a great segue from what Brett just said. Apart from the discomfort that people have in discussing constipation in general, I think that 1 of the reasons patients are reluctant sometimes to speak to their medical providers, is that they’re fearful that their opioid medication will be adjusted downward, or they’ll be switched to another one.

The patients don’t have quite that fear, when they’re speaking to the pharmacist, because the pharmacist in the community is filling the prescription. Right? I’d like a very open conversation with the pharmacist about it. “I’m taking this opioid, or this combination of opioids, and it seems to be working very well for me, but I’m having this horrible problem with constipation.” People have even said to me, “I’m afraid to speak to my doctor because I don’t want them to take away my medicines.”

People do speak to pharmacists quite often about this. I feel like the pharmacists need to be more aware about the prevention up front. Pharmacists should really be playing a huge role when an initial prescription comes in for an opioid. They should be having a conversation about a whole lot of things, and I know they’re busy, so it’s difficult. I don’t feel like anybody should be allowed to sign a pad that says, “I decline counseling if there’s a prescription for an opioid.”

I think it requires a clinician to come down from the back, say, “Here are the risks of opioids, here are the things to watch for. If there are any problems, you need to do X, Y, Z. By the way, I see that you don’t have any prescriptions, or you don’t have anything with you for constipation. It might be worth your while if you don’t have these things at home, maybe pick up some docusate sodium or senna and see if that works for you. If it does not work for you, there are other things we can do.” I think it is a huge role for the pharmacists, and they can be very, very involved in that.

Theresa Mallick-Searle, MS, NP-BC, ANP-BC: It was interesting to hear you say that. One of the feedbacks you get from patients is the fear that the opiates that are working for them, that they’re doing well with, would be taken away if they pipe up about adverse effects that they’re having. On the flip of that too, I’ve had many patients for whom I think that starting an opiate, even short-term, is appropriate. The feedback I get from patients is, “I had such bad constipation previously that I’m not going to take your recommendation, even if I think this is going to help me with my pain.”

Jeffrey Fudin, BS, PharmD, DAIPM, FCCP, FASHP, FFSMB: Here’s another very important role of the pharmacist. And this may be a little off topic, but if a patient comes in and is prescribed an opioid, let’s say post-surgery, and they said exactly that, “I don’t want to take this because last time I was so constipated. I’d rather have the pain and the constipation.” The pharmacist really needs to discuss in simple terms the risks of neuroplasticity.

If you have had an augmentation of the breast or a wedge resection of the lung or an inguinal hernia repair or a cesarean section, these are all surgeries that come with the high risk of neuroplasticity or chronic pain syndrome if the pain is not appropriately treated. That’s the place where pharmacists can have this conversation with the patient and say, “You know, it’s really important to keep this pain at bay, because it can turn into a chronic pain syndrome if you don’t. If you’re fearful about constipation, there are certain things we can consider.”

Brett B. Snodgrass, FNP-C, CPE, FACPP, FAANP: Then also it goes back to stigma, Steve, because I’ve had patients who have come in and said, “Well, I went to see another provider, and they just told me opioid, so get off the opioids.”

Brett B. Snodgrass, FNP-C, CPE, FACPP, FAANP: I’m blown away to know that that’s the route. That’s the education we’re giving the patient? Whether they know the diagnosis or not, whether they know the reason they’re on it, providers can be very quick to say, “It’s the opioids. If you’ll just stop that, you won’t have constipation.” As opposed to treating a problem, and it’s not always that easy. Even then we see sometimes they’ll lower the dose. We know that doesn’t work because we know it can be any dose. It’s not just, “Oh, we’ll lower the dose. This gets better.” That’s not the case either.

Stephen Anderson, MD, FACEP: I can only emphasize enough, a prescription monitoring drug program, PDMP, is a conversation starter, not a conversation stopper. The scenario if you get into that chronic pain can also be the whole hyperalgesia where your sensation becomes more intense with pain that we might not necessarily label a 10 of 10. I frequently start down work-ups in the emergency department that are thousands and thousands of dollars because of 10-of-10 pain—when if we just adjusted it, addressed it early on, we might not have reached that stage. 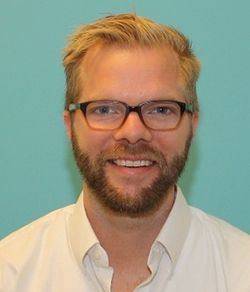