Vedolizumab and Ustekinumab for IBD

Jean-Frederic Colombel, MD: It is very clear. I can cover those 2 at the same time.

Jean-Frederic Colombel, MD: The design of the studies was basically the same. You use induction and then randomize the responder. You then look at remission in the responder, but it’s almost always the same result, Miguel. Maybe we’ll discuss more about that. It’s the same with the new or whole molecules. One week ago, the data about the new or who molecules were apparently quite impressive, but they’re basically the same, so this is something we could discuss.

We have an effective drug, but it looks as if we are plateauing. What should we expect from clinical trials? As Doug has alluded to, the results in clinical practice are often better than they are in clinical trials. Why? It describes that well: It’s about playing with the drug. It is interesting. It is sometimes, for some patients, about using clinical judgments. You say, “This patient is doing OK, but it’s not effective, so I will increase the dose,” which is absolutely not possible in clinical trials.

This is why the results in real patients are better than they are in clinical trials. In clinical trials, when you look at the stringent end point of clinical remission, it’s statistically significant for the biologics vedolizumab and ustekinumab: 20% of patients, compared with 5% to 10%. You are then able to maintain around 40% to 50% of patients, which is fine, meaning that those drugs work. What is very interesting is that we are now introducing a special new UC end point.

The UNIFI study was the first to introduce this. It’s a stringent end point that involves endoscopic plus histologic remission, and it is called mucosal healing, showing that the drug was effective as far as this end point. Of course, only 20% of patients were able to reach this end point, but it’s showing that we are pushing the target. Is it beneficial? That is another question, but it means that those drugs work.

The clinical trials were absolutely demonstrative and nicely done. How does it translate in clinical practice and how can we practice it? You can almost copy and paste the result of a different clinical with some nuances. How can we practice this? This is a big challenge for us in the next year.

Miguel Regueiro, MD: Yes. You said it, and I was thinking about it as you were talking. When we look at our remission and response rates, you almost look at the bar graphs for any of them and superimpose them within a few points. Obviously, we can’t compare across trials, but it’s about a 15% to 20% remission rate, maybe a little higher, and about a 50% to 60% response rate. Our endoscopic improvement varies, but it’s 30% to 40%, so we can do better. We should do better.

To your point and Doug’s point, what we see in clinical practice may be better because we’re not looking at the rigidity of a score by which you have to hit a certain measure, and some of the patients who improve in a clinical trial and are considered failures, we would probably accept in practice , and they would do well. 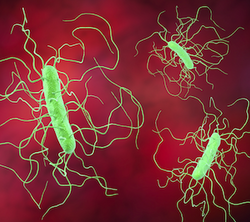