Treatment Landscape for the Management of ADHD - Episode 6

Transcript: Andrew J. Cutler, MD: We also have to overcome the training deficits. For instance, I don’t know about the rest of you, but when I was trained there was no such thing as adult ADHD [attention deficit hyperactivity disorder]. I still find that there are clinicians out there who either don’t know of such a thing or don’t believe in it. And so we have to overcome that too.

Timothy E. Wilens, MD: And to what you’re saying, Dave, about not always recognizing the childhood onset of symptoms, there’s still a bit of controversy on whether there truly is de novo nuanced adult ADHD. This means there is no track from childhood, and it starts in adulthood. I’m interested in what your thoughts are on that.

David W. Goodman, MD: Well, it’s interesting because we rely so much on the symptom checklist and not an impairment. If I have a patient who has 4 of 9 inattentive symptoms but they repeated fourth grade, started smoking when they were aged 13, and the parent reports having behavioral problems with them during their adolescence, I might actually treat this person as if they have ADHD.

Very interestingly, I had an adult come to see me, a dad, who reported no symptoms as a child or as an adolescent. At age 15 or 16, all of a sudden his academics started declining. I vacillated whether to treat him. But given his impairment, I gave him medication. Several years later, he brought in his son. Similarly, the son reports no symptoms in adolescence, no symptoms in childhood. He’s now 17 years old and says this has become a problem over the last 2 years. Reluctantly, I treated him, and the outcome was the same. Now, these are exceptional cases.

I agree with Tim that there is a spectrum here. I would caution that if you don’t have the expertise to make these subtle distinctions, the prescription of these medications is problematic. We do know that if you give stimulants to people, their mood, their energy, and their cognition improve. That’s not the basis of a diagnosis for ADHD. Yeah, I see you smiling, so I know you all agree.

Theresa Cerulli, MD: The comorbidities complicate the diagnostic process, don’t they? I think that’s what the American Academy of Pediatrics is getting at with the recent update in the guidelines. Tim, what are some of the comorbidities that can make this tricky?

Timothy E. Wilens, MD: Theresa, you bring up a huge point. I would say that a bulk of the diagnostic process and working with ADHD is really teasing out or parsing out what the comorbidity is. It’s estimated that three-quarters of cases have a comorbidity associated with them. We’ve shown in others that this starts very early. If you’re diagnosing preschoolers with ADHD, it starts then and certainly is there through the life span. And the other issue with a comorbidity is it runs both directions.

ADHD puts you at higher risk for the whole sundry of disorders—mood disorders, anxiety, substance-related issues, etc—and vice versa. If you have 1 of those disorders as a primary disorder, it puts you at a higher risk for also having ADHD. That goes back to what we were talking about earlier: Looking through the symptoms to see what is really going on. One of the more common ones, for example, would be a mood disorder. When you see some frustration, intolerance, a little bit of irritability, that could be ADHD.

But if there is seething anger or if there are severe outbursts, rage attacks, or depression or manic symptoms, that could be either depression or bipolar disorder. Another common overlap with ADHD is anxiety disorders. In fact, this is the one that has the most in common with ADHD, in regard to symptoms. It’s probably the toughest to decide: is this anxiety, ADHD, or ADHD plus anxiety?

Some of that feeling of being on edge during adolescence or as a young adult, is that an internalized hyperactive symptom, or is that anxiety? You often have to track that and better understand the overlap in symptoms there.

Finally, another one—I don’t know if you want to call it a separate comorbidity or not—is sleep issues, or sleep disorders. Kids and adults with ADHD often complain of sleep problems and sleep disruption. Most of it is getting to sleep. If you do a polysomnography, you don’t really see huge differences. Yet by report, there are pretty significant differences.

We don’t think sleep is causative for ADHD, but it’s certainly an irritant. If you don’t sleep well, your attention, arousal, and mood is going to be disrupted the next day. Can you imagine that with what we’ve already talked about with ADHD? That creates sort of a worsened ADHD symptomatology as well as functioning the next day.

Theresa Cerulli, MD: Right. It’s absolutely hard to be cognitively sharp the next day if you’re not sleeping. That’s true for both kids and adults. Any other comments before we move on? 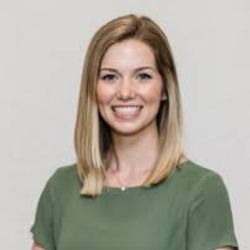