Treatment Landscape for the Management of ADHD - Episode 7

Transcript: Theresa Cerulli, MD: This is a great time to move from our discussion on the diagnostic process and comorbidities into the treatment options we have for ADHD [attention deficit hyperactivity disorder]. How about we briefly review the nonpharmacological therapies first in treating ADHD? Other than medications, what options do our patients have, Tim?

Timothy E. Wilens, MD: There are a number of options we have, and I would start by saying that it’s debatable if these are the first options. If you’re in the European arena, you might want to start with these first. If you follow guidelines in the United States and Canada, you would think about medicines plus some of the nonpharmacological strategies. Having said that, it appears that structured therapy such as cognitive behavioral therapies are among the most effective treatments for ADHD symptoms. They’ve been studied as both individual therapies but also as group therapies. They have been studied in adolescence and they’ve been studied in adults. It’s been shown that they really do help. Their effect is pretty significant, but these are in partially medicated individuals. There was a recent large multisite study out of Europe that examined which works better: medicines, cognitive behavioral therapy, or a combination?

They found that it was largely the medications, especially if you followed people out to 1 year. It is helpful, and we typically use that in people who have been medicated and are still manifesting symptoms and require additional management.

Family therapy can be helpful for other reasons: to help the system work better, to help parents engage more with the kids, to help reduce what they used to call emotional instability, and things like that. That could be very helpful in the long term, but isn’t really for core treatment of ADHD.

There is some very exciting recent work for individuals who have a lot of executive function problems. We could argue that’s a comorbidity with ADHD, which certain groups like ours feel is the case. But the bottom line is there’s about a third of people with ADHD who have a lot of problems with organization, time management, hierarchical thinking, and things like that. For them, there is actually organizational training and protocolized versions of how to work with this to demonstrate effectiveness. This is something to think about—that this should be added on. Until this is more widespread, a number of ADHD coaches can help individuals with their executive functions.

Again, time management, organization, and things like that are often occurring with ADHD and may not be particularly responsive to both medication and nonmedication treatments outside that.

Finally, I’d like to just comment on something that a lot of us talk to our patients about. Some people know the data, and some don’t. I’d like to comment on the use of exercise. There’s actually a fair amount of evidence that suggests that exercise is not only for mood and anxiety disorders. For ADHD, exercise also increases frontal lobe blood flow. It actually has what we consider a mild effect—an effect size of about 0.3—on improving hyperactivity, improving attention. In 1 study in kids, it actually reduced the medication burden. Considering all these nonpharmacological options in addition to other treatments that you’ll hear more about might be thoughtful. 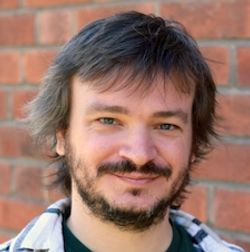 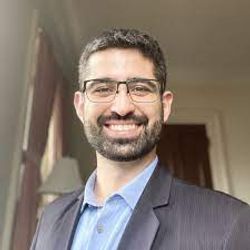