Treatment Landscape for the Management of ADHD - Episode 2

Factors That Predispose for ADHD

Transcript: Theresa Cerulli, MD: What about the prevalence and clinical burden of this disorder? Ann, what are the statistics on this?

Ann C. Childress, MD: It’s a little different in children versus adults, and it really depends on what source and what country you are looking at. A recent meta-analysis calculated the worldwide prevalence of ADHD [attention deficit hyperactivity disorder] in children to be about 7.2%, but it’s a bit higher in the United States. As part of the 2016 National Survey of Children’s Health, parents reported whether their children—aged 2 to 17—had ever received a diagnosis, and it totaled about 9.4%, or 6.1 million children who had received the diagnosis at some time in their lives.

Currently, 5.4 million children have the diagnosis. That’s almost 90% of the children ever diagnosed. Two-thirds are currently taking medication, and almost half had received behavioral treatment for ADHD in the past 12 months. In contrast, 23% had never received medication or behavioral treatment. If you look at adults, the World Health Organization estimated the worldwide prevalence of ADHD in adults aged 18 to 44 to be about 2.8%. In the United States, it’s a bit higher—about 4.4%.

Theresa Cerulli, MD: It’s interesting to hear those differences. How about other differences? Men versus women, and boys versus girls, in terms of the ratios? What does that look like, Ann?

Ann C. Childress, MD: More boys are diagnosed than girls. And if you look at adult males, it’s about 1.6 to 1, regarding the prevalence.

Theresa Cerulli, MD: Tim, with years of research experience from Massachusetts General Hospital, what are some of the factors that predispose children and adults to having ADHD? Is there a genetic link?

Timothy E. Wilens, MD: Yeah, absolutely. In fact, this runs in families. But just because it runs in families doesn’t mean it’s necessarily genetic. So it turns out three-quarters of cases are thought to be genetic. Just to give you a sense, they call it heritability, but it’s pretty close to autism, schizophrenia, and some of the disorders that we know are highly genetic. But saying that the heritability is about 75% would also indicate that about 25% of cases are from other causes.

We think 1 of the most preventable causes of new onset cases is in utero exposure to smoking, just good-old cigarette smoking when somebody is pregnant. We think 10% of cases of ADHD may actually be caused by that. In terms of prevention, that’s 1 way to help prevent ADHD.

If a parent has ADHD, we estimate that 25% to 50% of their offspring are going to have ADHD. That’s similar to if you have a sibling who has ADHD. Let’s say the first child has ADHD. A parent would ask, “What’s the likelihood that another kid is going to have ADHD?” Again, it’s 25% to 50%. There’s definitely a genetic component and a heritable component, but there’s also an important environmental component.

Theresa Cerulli, MD: Do we know of any specific genes that correlate?

Having said that, there are some data that would suggest if you have a certain genetic subtype of ADHD—something that affects, for example, the D4 receptor—that may be a more persistent form of ADHD. Children who have that may not grow out of their ADHD, as opposed to other kids who don’t have that variant.

Theresa Cerulli, MD: That really speaks to the neurobiology of the disorder, doesn’t it?

Timothy E. Wilens, MD: It does, and it is a biological disorder. I think that’s important. Because a lot of people will still say this is just environmental and it’s just excessive stressors on individuals. But in fact, cross-culturally that’s not the case. These genetic studies we’re talking about have also been seen in China. They see them in South America. They see them in Europe. It really attests to the biological underpinning of the disorder.

David W. Goodman, MD: Tim, I wonder if you would comment on genetic testing? So much of the population is now involved in, “Let me get some tests so I can see whether I have that.” Can you just make a comment on the test results and the contribution of these different markers?

It also would go, Dave, to the whole issue around neuroimaging. At a group level, if you look at 100, 1000, 10,000 individuals, you’ll see brain differences as a population. But at an individual level, it isn’t discerning enough to say that this person has ADHD because they have this brain finding. Again, all the professional organizations advise against using neuroimaging to diagnose ADHD. 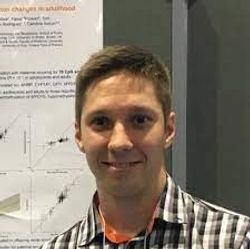