Advances in The Management of Inflammatory Bowel Diseases - Episode 4

Transcript: Miguel Regueiro, MD: We have a few minutes left before we move on to the next topic, and I primarily want to open it up to see how people approach IBD [inflammatory bowel disease]. Is there anything else to be added? Bill, you've been involved in some of these pathways. Anything else you want to add in terms of the approach, severity, stratification?

William J. Sandborn, MD: No. What you were alluding to earlier, just exactly what the risk models are that should help us pick the patients who have a bad prognosis are still evolving. Marla's been involved with that with Corey Siegel, [MD,] quite a bit. The approach they have for Crohn disease is promising.

Identifying early through your clinical judgment all the things that Jessica was talking about, like terrible, deep ulcerations or some of the prediction models, are all things that help you pick the patients for whom you have to go for highly effective therapy.

These are unique cases. If you have a major dermatology application, whether it be psoriasis, which we see along with IBD, not just as a complication of anti-TNF [tumor necrosis factor] therapy, that goes well with interleukin 12/23 or, in the future, interleukin 23 drugs. If you have arthritis, a TNF blocker or a JAK [Janus kinase] inhibitor will work well. Sometimes you see pigmentation disorders or autoimmune alopecia. JAK inhibitors work nicely for that. You can dial in and out along the extraintestinal manifestations some of these specific pathways.

Miguel Regueiro, MD: It’s important because this isn't just bowel inflammation. We all know this. We see this in our clinics. This is a systemic inflammatory process. Marla, I'm going to ask one question to you, and then I'm going to give the final word to David. Bill alluded to the Corey Siegel work and looking at prognostication. Touch on that for a minute, and then, David, I'm going to ask you for a wrap up.

Marla C. Dubinsky, MD: As Bill alluded to, one of our biggest concerns is when someone presents with symptoms or signs that we don't deem, “Oh, we need to rush you to a biologic,” for example, because you’ve got bad perianal disease, or some of the more obvious things that Jess also mentioned. That's less the issue, but that's only a certain proportion of patients.

How do you take patients who we may have caught early or who are, especially in Crohn disease, saying, “I feel OK, why are you rushing me to an anti-TNF or a biologic at this point?” That's where the objectification of predicting severity, rather than waiting for a patient to present with a complication, is how we're going to match the punishment with the crime. You need to be able to say to a patient that, “We are predicting your prognosis will be that there's a very high likelihood you're going to complicate. You're going to need surgery, and we have a way of slowing that down or completely changing that natural history by using effective therapy.” We wanted to get out there with Crohn disease because we felt that disconnect between symptoms and prognosis is more evident, and moving next to developing something similar.

The goal of what Bill is talking about is that we have published about something called PROSPECT [Personalized Risk and Outcome Prediction Tool], which is a risk-prediction tool that uses an interface in which you can show a patient their personalized risk. What also became clear is that it's hard to individualize IBD management unless you use that person's individual risk factors and show them visually that this is about your disease and not the 100 people who may have told you, “I did fine on this therapy.” It's important to individualize; predicting who's going to need what therapy is step number 1.

Then for predicting which therapy, which Bill did alluded to a little bit, and I'm glad that he started talking about the presence of extraintestinal manifestations, we have to understand that genetics have such a powerful role here, especially in those who have, for example, psoriasis or a first-degree relative with psoriasis or some of these other extraintestinal manifestations. We must understand that some of our candidate genes may also be tied to which therapeutic target we should go to first because we all agree on this call that the first therapy is probably the most important. If you could get that right, that's going to change the natural history.

Miguel Regueiro, MD: Thanks, Marla. David, we've covered a lot in a short amount of time. If you were to give us your top 3 or 4 tips that you heard from this discussion, what would they be?

David T. Rubin, MD: Well, we first of all acknowledge that there are millions of Americans who are suffering from inflammatory bowel disease and many more around the world, and we don't yet know the cause, but we've learned a great deal about the individual variations of the disease and its presentation. This chronic condition needs considerations, not just in how we address the patient when they're initially sick, but also when we think about the long term for them. We can use risk factors and additional features of their disease like extraintestinal manifestations to help us understand what their individual risks are for complications or poor outcomes and therefore make appropriate treatment decisions.

We're now at a phase in managing IBD, after all these years, where we must be more proactive in thinking through these things. My colleagues [at the University of Chicago Medicine] have made a nice case for us understanding this more, and it is the standard of care for IBD. 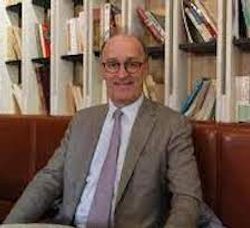 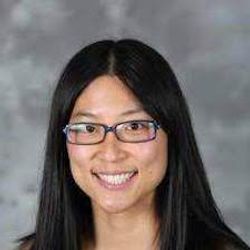