Advances in The Management of Inflammatory Bowel Diseases - Episode 9

Miguel Regueiro, MD: Bill, if we were to think about that moderate-to-high-risk patient, what's your overall treatment strategy for somebody presenting with Crohn disease?. Marla, I'll give you the ulcerative colitis [UC]. Then, David, touch on surgery. Moderate-to-severe Crohn disease, Bill, how do you approach that in terms of treatment?

William J. Sandborn, MD: Even for mild-to-moderate, I personally don't think mesalamine works, and I'm unconvinced that there's a strong effect for thiopurines and that the benefit outweighs the risk in the mild patients. For mild patients, I give them a tapering course of steroids and have a tight monitoring program but not necessarily therapy.

Miguel Regueiro, MD: And that could be budesonide?

William J. Sandborn, MD: Yes, or even prednisone, but then just stop. You don't have to feel guilty. We don't have safe and effective first-line chronic therapies for mild disease, so you don't have to feel guilty leaving patients who you think may be mild off therapy, but just tightly monitor them. As you get in to moderate-to-severe, then you have to have a different mindset. In those patients, I don't think that thiopurines or methotrexate are sufficiently potent as monotherapy to make a difference in most of the patients. For me, it's either a tapering course of steroids and watch carefully and see what happens, or you're committed to biologic therapy.

Then, it depends on how sick the patient is and what you think the prognosis is. If it's the moderate side of moderate-to-severe without significant complications, vedolizumab, which has a very nice safety profile, is a good choice and will work in some of those patients. There's a clinical prediction model for vedolizumab, which gives you a general sense if this is a high, intermediate, or low responder, and that can be useful.

There's a subset of patients for whom vedolizumab as first-line monotherapy is attractive, and that becomes important because these patients are, at the beginning of the disease, often risk-averse, and the gut selectivity of vedolizumab can be a way of getting them onto a more highly effective therapy.

The safety profile of ustekinumab is also quite good, and that can also be a contender in that arena of moderate-to-severe without huge bowel damage early on, when you're wanting to emphasize safety mixed with some pretty good efficacy.

The more the patient is progressed into complications, the more they should probably have a TNF [tumor necrosis factor] blocker, and my personal view is that, except at the extremes of age, the pediatric males and the elderly patients of both genders, most patients should have combination therapy, with either an anti-TNF and a thiopurine or an anti-TNF and methotrexate. Patients with evolving strictures, fistulas, deep ulcers, and perianal disease, I'm likely to give those patients an anti-TNF combination. For the less complicated patients, I'm likely to give vedolizumab or ustekinumab as a monotherapy. Then, once they've failed biologics, ustekinumab seems to be thebest strategy we have for trying to rescue patients who have failed TNFs and other biologics.

Miguel Regueiro, MD: Thanks, Bill. That was a great overview. As we wrap up this section, but then get into the next, we'll even get more of a deep dive into the therapies. Marla, Bill did a nice job of covering moderate-to-severe Crohn disease. For moderate-to-severe UC, how are you looking at that? Anything different? Then, David, I want to hear briefly about where you position surgery and why people go to surgery.

Marla C. Dubinsky, MD: In terms of moderate-to-severe UC, my mindset is, 1, I need to control the rectal symptoms predominantly, whether or not they have pancolitis or left-sided colitis, it doesn't matter to me. We keep forgetting that, even though we're giving possibly systemic biologic therapy or prednisone, we're often forgetting that rectal therapy or local therapy is an important combination in ulcerative colitis. I wanted to make that point up front because urgency, nocturnal bowel movements, and tenesmus are some of the most debilitating patient-reported symptoms, and no matter whether you're mild, moderate, or moderate-to-severe, let's not forget about the rectal therapy. I'm off that soap box for a minute.

In terms of the approach, I’ve taken an interesting approach lately, and my fellows [at the Icahn School of Medicine at Mount Sinai] have come out and told me they do or they do not “earn infliximab.” It's the mindset that, are these patients right now those for whom the fastest and best, most-effective therapy would be infliximab, as an example, where I have a lot of dosing flexibility? I can escalate dosing. I can give higher dosing up front. That's my first bubble: does this patient need an anti-TNF therapy, which to me, translates to more urgent, more on the severe side of moderate-to-severe.

Now, infliximab could be an option for anybody who's not that “do they earn infliximab” comment that I just made. Let's start by saying that it looks like, granted for vedolizumab and ustekinumab, which are also approved for moderate-to-severe UC, I should note that tofacitinib may end up in that category of “do they earn infliximab” because of the rapid onset of that class as well. I put those in similar classes, but as well, it may be that a risk factor does not allow them to go on tofacitinib, for example, or there are various reasons why we may select infliximab over tofacitinib in that quick, rapid, urgent, anti-inflammatory.

If I then take the more moderate, or those who are steroid responsive, and I have a bridge to get to something that may take a little bit longer, such as vedolizumab or ustekinumab, especially if they're second in line after failing a TNF, then as long as I have something to bridge them, like prednisone or some other steroid bridge, I offer them ustekinumab and vedolizumab first line.

Vedolizumab works well in a moderate, first-line patient, who's steroid responsive, maybe steroid dependent, and it has very durable response, and ustekinumab similarly, at least in my experience. That’s where I'm dissecting out first line and second line. It's based on need for speed. Then, if there's no need for speed, I have everything on the table, so I don't want to make it sound like all 4 are not on the table, but there are some I put first and then second, based on my speed of urgency, no pun intended, of getting them better.

Miguel Regueiro, MD: We see, it’s interesting, Bill mentioned how, in the COVID-19 [coronavirus disease 2019] era, I don't know what you're seeing at your institutions, but some of our patients [at the Cleveland Clinic] are delaying, even though we're doing virtual visits, they're delaying care, and they're coming in sicker, especially the UC patients. As we move to surgery, then the need for speed is to use something very potent, and Marla, to your point, infliximab, less so studied tofacitinib in inpatients, but at least as another potent induction agent. 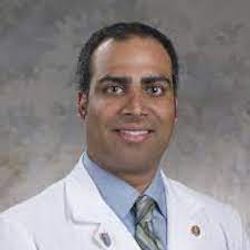 Amar Deshpande, MD: The Future of Multiple Biologics for IBD