Advances in The Management of Inflammatory Bowel Diseases - Episode 10

Surgery for an Inflammatory Bowel Disease

Miguel Regueiro, MD: David, let's wrap up this segment. We talked a lot about the medicines, but when do you look at surgery for Crohn disease and ulcerative colitis [UC]?

David T. Rubin, MD: Let's start by acknowledging surgery is an effective therapy for IBD [inflammatory bowel disease] when it's needed, and it shouldn't be the last thing that we try after the patient's gone through every treatment and suffered complications. On the other hand, it's the rare patient who agrees to surgery during our first conversation about it because there's the fear that it's permanent, and that, in Crohn disease, it's going to result in recurrence that may speed up the disease. Some of the myths from the old days persist.

Nonetheless, surgery is still needed in our patients with Crohn disease and UC. The most common indication is for somebody who is medically resistant, meaning they've been on therapies that didn't work. We should acknowledge that that may be defined in a lot of different ways. Has the therapy they've been on before been optimized adequately, or are they on the most up-to-date options for them that are practical? Of course, we don't want to be trying to treat an obstruction with escalating biological therapies. We also need to acknowledge that other indications for surgery in both Crohn disease and UC would be hemorrhage, steroid dependence, growth restriction, or growth retardation in children and adolescents.

The other, in Crohn disease, would be obstruction. In both Crohn disease and in UC, other complications: penetrating or perforating disease, and then less commonly thankfully, would be cancer or unresectable dysplasia.

Now, the use of surgery in IBD has changed over the years. It may be that, with our newer therapies we're preventing some patients from going to surgery. That's true, and there are some data to support that. It may also be that the disease is changing over time, and there are fewer patients who may need surgery early on. Whatever it is, we recognize that if a patient has surgery now, we know how to predict risk of complications postoperatively, whether that be recurrence of Crohn disease or the development of antibiotic-resistant pouchitis in those who have proctocolectomy with an IPAA [ileal pouch/anal anastomosis]. We have also seen the possibility of doing surgery earlier in the disease course.

There's intriguing, rational thoughts about doing Crohn disease surgery at the time of diagnosis because, as you've already heard from Marla and others, often the disease has progressed by the time we finally make the diagnosis, and we're trying to catch up. For a limited segment of ileum that may be stenosed or progressed, the best thing for some patients is to go to surgery earlier and not escalate through all of our treatments before you finally remove 6 inches of small bowel.

The whole strategy of any surgery for patients has to include an assessment of what's their risk, both of complications from the surgery, but also what are the risks of complications after surgery and how are you going to monitor and prevent those? This has evolved, and it needs to be acknowledged up front.

I mention surgery early for many of the patients I see, especially those with moderate-to-severe disease and those who've already failed 1 or 2 lines of therapy. I think it's important to have that on the table and to dispel the myths about surgery, so patients understand it's about gaining control, and then having a high quality of life afterward.

Miguel Regueiro, MD: I like how you started by saying surgery is not a failure, and probably all of us and many of our colleagues work very closely with our colorectal or GI [gastrointestinal] surgeons. And it's a team approach then, as the approach to surgery, even earlier, or when we know that a biologic or therapy is not going to work. 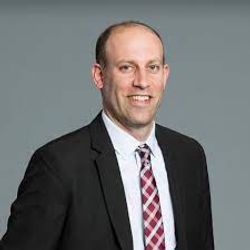 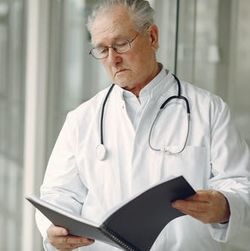