Anthony M. Turkiewicz, MD: We’re going to wrap up this section. Ana-Maria, can you talk about some concepts about switching therapies? It’s not always an easy topic. What are those circumstances, for example, not enough efficacy and tolerance, do you go with the same class or move around? Give us your thoughts on that, Ana-Maria.

Ana-Maria Orbai, MD, MHS: This is a very frequent question in the clinic. Our therapies don’t last forever, even if they’re a good match with the patient’s phenotype. Even if there’s a good response initially, they can have secondary failure for various reasons, whether that’s because they develop antidrug antibodies, or maybe the disease finds a way to overcome the mechanism that we’re inhibiting, and then we have to press a different button. Our ability to measure the reasons why patients are failing therapy is not so great. We have antidrug antibodies for a few therapies. Unfortunately, studies of strategies of measuring drug concentration and antidrug antibodies, if anything, have been discouraging us from measuring them; although I’m still curious and I think it’s helpful for some patients. It’s going to happen in clinical practice, and depending on our judgment with the patient, we may be staying in the same family or maybe switching the mechanism of action [MOA].

A more concrete example is if somebody has secondary failure, but otherwise had an excellent response to a TNF [tumor necrosis factor] inhibitor, there’s no reason to not try a second TNF inhibitor, if they responded and did well initially. If there are new disease manifestations, for example, somebody who had, in principal, arthritis, maybe mild psoriasis, and all of a sudden they have worsening of their psoriasis, so their phenotype is worsening or we see new manifestations, then I would be more tempted to try a different mechanism of action, an IL-23 [interleukin-23] inhibitor or an IL-17 inhibitor. As we discussed earlier, it’s not a one-way street.

Following disease activity and the patient’s course is very important. It’s an experience-based decision and shared decision-making with the patient whether we’re going to continue doing the same thing or similar things that we’ve done, or are we going to switch mechanism of action? Switching the mechanism of action has been my go-to approach. I find myself more often doing this because we have these choices. You’re thinking, if now I press a different button, I’m going to get more results, and that’s what I’m seeing in my clinical practice. In full disclosure, I feel that I have patients who have worse skin disease than most other clinics, but there’s variation here. Any other thoughts?

Anthony M. Turkiewicz, MD: It’s not an easy answer, looking at the clinic data. I had 2 patients who came from dermatologists, and it’s always that classic question of, “Look, their skin did great. Their joints, they’re not really good. But, oh my god, their skin is great.” Some of the dermatologists, I don’t like to use the word flip-floppers, but they love to rotate their MOAs, and they’re comfortable doing that a bit too soon. What happens to me a lot of times is when someone has found that, and some of these people have horrific skin involvement, when their skin is just beautifully done, it’s hard for the rheumatologist, or anyone for that matter, to say, “We’re going to switch over to this one. Pray that your joints get better, and I hope your skin continues to do well.” Now fortunately, with some of the new MOAs, the skin part is OK, but switching is not always easy. They have to come off their therapies, there’s that period of potential flare with switching therapies, and there’s no guarantees when you switch over.

I was going to ask others, either Len, Sheetal, or Ana-Maria for that matter, do you find—because there are some who still do this, they are fine adding a conventional DMARD [disease modifying antirheumatic drug] to, for example a TNF, a monoclonal, if the dermatologist didn’t have them on it, but their joints are not doing that great, not necessarily dactylitis. Do you all find that adding, say methotrexate—they hadn’t been on methotrexate, they’re not on the drug from a psoriasis standpoint—do you find adding a conventional DMARD helps in some cases in PsA [psoriatic arthritis]? Len, I’ll let you go with that.

Leonard H. Calabrese, DO: If your TNF is failing and it’s arthritis, you’re in big trouble to begin with, because the other agents, while they’re all good, none of them are superior to a TNF for particular disease. That would be my natural inclination, to add a conventional synthetic DMARD in that setting, if the patient is up for it. We’re talking arthritis here, and I’d be interested to hear what Sheetal and Ana-Maria have to say.

Sheetal Desai, MD: I would agree, and I would say that we have a dermatology room clinic, and we have patients, as you guys said, who are rapid cyclers from the dermatology side, who have tried many agents. Once they get to the agent that works amazing on the skin, and it’s had some efficacy in the joints, but it’s not as great, especially if they’ve been a rapid cycler, I will add a DMARD to see if I can boost the efficacy of the joints. That way they can stay on the same agent. We all get this. We’ve had patients who have cycled through practically every drug, and then you wonder if they were on the drugs long enough, and you feel like you have to go back to the beginning and reevaluate again. I do find that I add the DMARD. I will say that I don’t add the DMARD for the arthritic component if they have absolutely no benefit in their arthritis. Let’s say their skin improvement is above 50%, 60%, 70%, and they’re happy, and their joint improvement is about 30%, 40%, and I’m trying to boost it, then I will consider adding a DMARD.

Anthony M. Turkiewicz, MD: I’ve been fascinated also, and sometimes you’re lucky when it happens, but something as simple as an NSAID [nonsteroidal anti-inflammatory drug], while I know we have all the comorbid issues with that. But it’s fascinating when you have a 32-year-old who says, “No one told me about” a certain anti-inflammatory, and that’s just enough to cover that. It’s clearly not disease modifying, but [we try] every trick we can. Again, switching therapy, and it comes up, it’s what we do. I tell patients there are no guarantees, particularly someone who’s been rapidly cycling through, sometimes in dermatology, sometimes rheumatology, but I’ve seen it a lot on the dermatology side.

Sheetal Desai, MD: How many times do you feel like it’s a game of tag? We think it’s a psoriasis, then I tag the dermatologist, and now the psoriasis is better, and it’s the arthritis. It’s like a game of tag, you’re it, you feel like you’re constantly going back and forth with some patients. I feel like the number of patients who get amazing improvement in both skin and arthritis is lower than what I would expect.

Sheetal Desai, MD: It’s lower than what I would expect from seeing clinical trial data and everything. In reality, it’s that they get an amazing response in one and a good response in the other, and then it’s weighing for the patient what’s more important for them and their functionality. 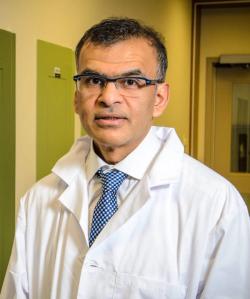