Using Guselkumab for Adults With PsA

Sheetal Desai, MD, leads the discussion on the recent approval of guselkumab, an IL-23 inhibitor, for the treatment of adults with active psoriatic arthritis.

Anthony M. Turkiewicz, MD: Sheetal, if it’s OK we’re going to move on to you and go over looking at guselkumab. Again, this is the recent approval. It got approved for PsA [psoriatic arthritis] during COVID-19, which always makes it interesting, but this being the first among the IL-23 [interleukin-23] inhibitors for adults with PsA. If you can, we’re going to look at the DISCOVER-1 and 2 study designs, the efficacy. Then focus a bit on your personal experience with guselkumab with pain but also with fatigue. If you can, take that away.

Sheetal Desai, MD: Yes. Just a reminder, guselkumab, as you said, is a monoclonal antibody to IL-23, the cytokine that was discovered not that long ago in 2005, now thought to be the master cytokine for this entire inflammatory pathway because it results in the expansion and proliferation of the Th17 [T helper 17] cells. It was FDA approved initially in 2017, guselkumab, which is a monoclonal antibody to the p19 subunit of IL-23. It was initially approved as the first IL-23 inhibitor for moderate to severe psoriasis. And last year, as you said, Anthony, it was approved as a first IL-23 mechanism of action [MOA] for psoriatic arthritis.

The pivotal clinical trials for psoriasis were the VOYAGE trials, and for psoriatic arthritis they were the DISCOVER-1 and DISCOVER-2 studies. Both of these studies were multicenter, randomized, double-blind placebo-controlled trials that were done in adults aged 18 and above. Their trial designs were quite similar. DISCOVER-1 was a smaller study that actually allowed biologic failures, so TNF [tumor necrosis factor] failures were allowed in the study. About one-third of patients in the study had failed a TNF. DISCOVER-2 was the larger biologic-naive clinical trial. The primary end point for these clinical trials was an ACR20 [American College of Rheumatology criteria] at week 24.

Anthony M. Turkiewicz, MD: All the subtypes of the BASDAI, you are saying.

Anthony M. Turkiewicz, MD: It’s so fascinating, I agree. You’re sitting there thinking about how granular do you get…. We deal with this, is it spondylitis, is it psoriatic? But if this pans out, and again there’s more to come as you said, and this “controversy” with IL-23 and spondylitis. It’s completely intriguing. It’s a stepping stone. The BASDAI is not the end-all and be-all, but it’s a good step.

Sheetal Desai, MD: To a certain extent it makes sense because phenotypically our patients were different. Patients with psoriatic disease would have more cervical [involvement]. They would skip throughout their spine, more asymmetry with their sacroiliitis. It makes sense that pathophysiologically it might be somewhat different than our traditional patients with AS. That was a beautiful finding from the guselkumab DISCOVER trials, and then FACIT-Fatigue [Functional Assessment of Chronic Illness Therapy–Fatigue]. It’s one of the first biologics in the psoriatic arthritis space evaluating fatigue, and they did a FACIT-Fatigue survey. About 14 questions were administered to patients in these clinical trials and found that patients’ fatigue improved with treatment with guselkumab.

Anthony M. Turkiewicz, MD: It makes us feel more comfortable, and our patients as well when they see that.

Anthony M. Turkiewicz, MD: It’s interesting you bring up the fatigue part, it’s something that I didn’t really delve into enough. We think about how do you quantify fatigue in psoriatic arthritis vs comorbid fibromyalgia fatigue. It’s a fascinating topic. To show in a clinical trial that, and this isn’t perfect, but for the BASDAI score to have that finding, it’s unique.

Sheetal Desai, MD: It is unique, and this is what affects patients and causes a lot of morbidity in patients. It’s an area that sometimes we’re a bit uncomfortable with because, as you said, it’s hard to discern, is it coming from their autoimmune condition? Is it coming from secondary other things like fibromyalgia? But to show improvement of fatigue, kudos to them for doing that and undertaking that.

Evaluation and Management of Real-World Cases of Psoriatic ArthritisArthritis 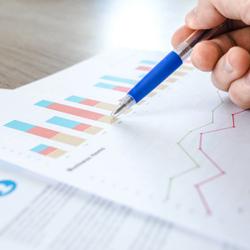 The Modular Control of Walking in Patients with Knee Osteoarthritis
x