Dr. Rosmarin and other panelists share their thoughts on how to treat different areas of the body and the role of tattoos.

David Rosmarin, MD: The answer is yes, they do. If you have a patient who has, for instance, facial involvement, where there's a high density of follicles, and there is some natural exposure to sunlight, perhaps we can only give a topical medication and they will have a very good prognosis. However, when it comes to areas that are hidden on the body, or that have less stents follicles, for instance, in the hands, it's important to be more aggressive. It's unlikely that a topical alone will fully get the pigment back with what we have now. Furthermore, even if we subdivide the hand into different anatomic regions, as we move up into the fingertips, it's the fingertips of their absolute toughest to repigment. And, we need to have an honest discussion with the patients in terms of, how aggressive do they want us to be in order to try to get the pigment cells back? And is it worthwhile to also consider other options such as we just heard from Amit about melanocytes transfer, some patients may want tattoos. Now, the tattoos can help mass the areas, but the skin itself is dynamic. In response to sunlight, it gets darker. In the absence of light, it lightens. When you get a tattoo, the color doesn't change. It doesn't always match the skin exactly right. And I also want to comment that the tattoos sometimes for the fingertips, the lips, and the nipples, which are just really challenging areas to treat. There are some differences anatomically, and there's also a lot of differences in the way people treat just style-wise because unfortunately, we don't have that much evidence behind what we do in terms of treating vitiligo. We're not there as a specialty yet. There are some differences and variations depending on the provider.

Brett King, MD: And there, are you talking or referring to phototherapy and its use in some places much more than others? What specifically are you getting at there?

David Rosmarin, MD: Some will use more phototherapy, some prefer to use the excimer laser, some will have – and part of it is access, part of it is coverage, and part of it is also style and people's comfort as well. When people have myocardial infarction, we know the exact right regimen to put a patient on. When it comes to vitiligo, we don't have that level of information and evidence to guide our decision. There are some differences in terms of how some experts in vitiligo treat their patients. But phototherapy, which is a mainstay of treatment currently, its use does vary depending on which expert you may go to.

Amit Pandya, MD: I would like to make a comment on the tattoo feature. And it's something that I was wondering if David has seen this. I've had seen people who get tattoos on the vitiligo lesions, including the lips. And maybe Heather can also comment on this in terms of micro-pigmentation. I've been alarmed by how some of those – many of them turn gray after a few months. And then it's not the same color of their skin. It has this artificial grayish color, and then even worse, their vitiligo expands beyond it. They have a donut look around the tattoo. I was just wondering if anybody else had that problem. I personally do not recommend tattoos for my patients with vitiligo.

Heather Woolery-Lloyd, MD: I can comment on that. We, in our practice have a medical tattoo artist who works specifically to help with cosmetic changes in the skin. And I agree with you. Tattoos are very unpredictable because they do change. I don't always see that. It's because the person who we work with is extremely skilled in getting the right color, and the natural skin color, and really only works with physicians, so is particularly skilled at her coverage techniques. You cannot stop the vitiligo from progressing. I would say when it comes to tattoos, the tattoo artist is exceptionally important because they really must understand, this is not a normal tattoo. This is a tattoo that has to capture the subtleties of skin pigmentation, right? This person might have yellow undertones or orange undertones or red undertones. And the tattoo artist really needs to capture that. In the right hands, it can look great. The problem is that you are right. The vitiligo can progress, and then you see this halo around the tattooed area.

Brett King, MD: I know I keep saying this, but there's a lot of discussions. Expectations of treatment. What can go wrong? Just that vitiligo itself can progress. There's a lot to this. 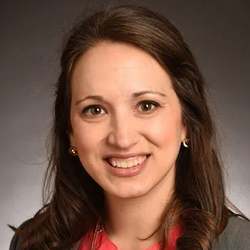