Brett King, MD, PhD: Hello and welcome to this HCPLive® Contagion® Peer Exchange titled “Management Strategies and New Directions] in the Treatment of Vitiligo.” I’m Dr Brett King, an associate professor of dermatology at the Yale School of Medicine in New Haven, Connecticut. Joining me in this discussion are my colleagues Dr Heather Woolery-Lloyd, a board-certified dermatologist and the director of the skin of color division in the department of dermatology at the University of Miami, in Miami, Florida; Dr Amit Pandya, a board-certified dermatologist at the Palo Alto Medical Foundation in Sunnyvale, California; and Dr David Rosmarin, the vice chair of education and research and an associate professor at the Tufts University School of Medicine in Boston, Massachusetts.

In today’s discussion, we’re going to discuss vitiligo and its management. This is an exciting time to be a dermatologist because translational medicine is leading to new targeted therapies for many dermatologic diseases, and vitiligo is 1 of them. New insights into pathogenesis have led to drug development in vitiligo, and it’s more important than ever that we understand this disease. Today’s HCPLive® roundtable will facilitate that. With that, let’s get started.

In segment 1, we’re going to cover a clinical overview and burden of disease. Leading off will be Amit, who’s going to describe vitiligo, its prevalence, potential contributors to vitiligo etiology, and other things. Amit, take it away.

Amit Pandya, MD:Vitiligo is an autoimmune disease in which the immune system comes into this skin and destroys melanocytes, which are the cells that give us color in the skin. When it comes to prevalence, it’s around 1% of the world’s population, but this is hard to pin down. That’s because there are a lot of undiagnosed individuals. A recent study showed that 30% or 40% of people have vitiligo, but they haven’t seen a doctor and are living with it. There are more data coming out, but we think it’s somewhere between 0.8% and 1.4% of the population.

When it comes to age, we know that the highest peak of onset of vitiligo is somewhere between ages 20 and 30. It tends to occur in younger individuals, but I routinely see patients who have vitiligo for the first time when they’re 60 or 65 years old, so it’s a bell-shaped curve. Some people have it younger, and some people have it older. When it comes to race, some studies seem to show that it’s higher in certain populations, but those are very small studies. Right now, we don’t have good evidence that it’s much higher than 1%—for example, in India or other countries. Also, there doesn’t seem to be a difference when it comes to gender. It seems to be equal in men and women when it comes to the etiology.

Brett King, MD, PhD: You said melanocyte destruction. If they’re destroyed, can we get them back, or is it that they’re put to sleep? How do you think about that?

Amit Pandya, MD: What happens is that CD8-positive T cells come out of the bloodstream. They crawl into the epidermis in the super-basal layer. They find the melanocytes and produce granzyme and perforin, which are potent enzymes, which punch holes into the melanocyte and cause the death apoptosis. Those melanocytes are completely destroyed, and they are then removed by macrophages and just at the apoptotic pathway. When it’s done, there are 0 melanocytes in the skin, unlike pityriasis alba, unlike nevus depigmentosus, and unlike idiopathic guttate hypomelanosis, which still has melanocytes in the epidermis. But they’re just not producing melanin for the keratinocytes in that area.

Amit Pandya, MD: If I see a 60-year-old patient, especially a White patient with new-onset vitiligo, I’m going to be looking for nevi or new lesions that look like melanoma because there’s the leukoderma associated with melanoma that occurs in older individuals. I have seen only 2 cases in my career, but it’s incumbent on me to do that examination. In 99% of patients who develop deep pigmentation—that is in the right distribution, etc—it’s going to be vitiligo. 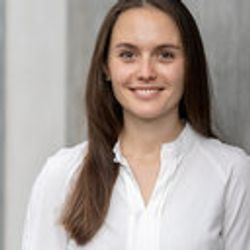 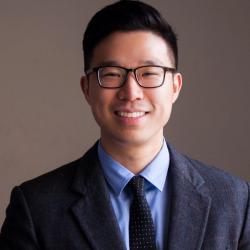 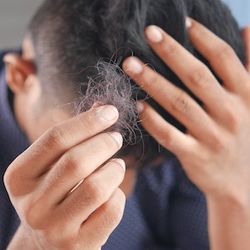